Cristiano Ronaldo may live most of his life in the public eye, but he has remained relatively secretive about his personal relationships since rising to footballing stardom.

The Juventus forward dated Russian model Irina Shayk for nearly five years until January 2015, when their break-up was described as “like a death” in the family by his sister Elma.

Ronaldo was linked to a number of women after that, but in the last year it became apparent that 22-year-old Spaniard Georgina Rodriguez is officially the Portugal captain’s partner.

The couple enjoyed a tropical getaway to Saint Tropez… and both appeared to be sporting rings on that finger. 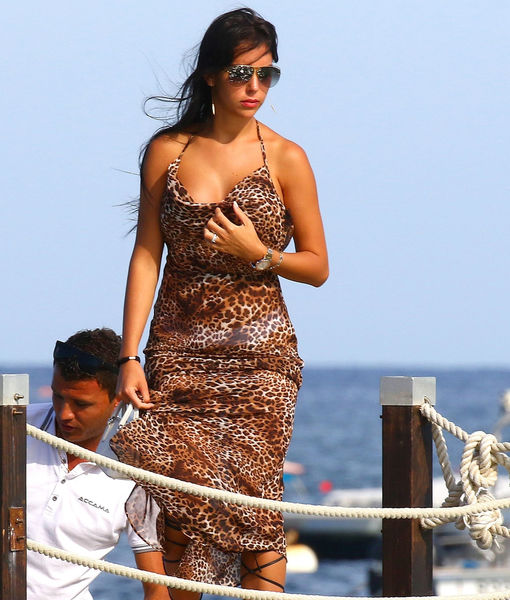 The photo evidence comes after Georgina was spotted wearing a giant sparkler at the World Cup in Russia in June as Ronaldo helped Portugal beat Morocco.

Cristiano and Georgina welcomed daughter Alana in November, and Ronaldo is also the father of 1-year-old twins Eva and Mateo, and 8-year-old Cristiano Jr. The soccer player has not revealed the identities of their mothers.