Popular American comedian, Bill Cosby was sentenced Tuesday Sep 25, 2018. Cosby was sentenced three to 10 years in prison for drugging and molesting a much younger woman in 2004 — the culmination of a stunning saga of sexual assault allegations that sent the comedian’s fun-loving-family-man legacy up in flames. 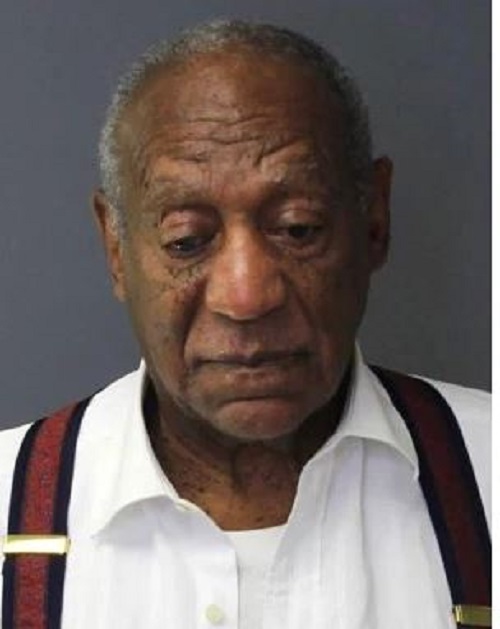 Bill Cosby bit his finger and looked up at the ceiling as Montgomery County Judge Steven O’Neill meted out his punishment — and slammed the shamed actor — for giving three blue pills to Andrea Constand at his home in suburban Philadelphia, then waiting until she slipped into a drugged stupor to penetrate her with his fingers.

“It was planned predation — the pills, the planning, the penetration without her consent, your own words in your deposition,” O’Neill said.

“You claimed her silence was her consent, that is not the law. Your version of consent was rejected by the jury. That underscores how serious this crime is.”

“No one is above the law, and no one should be treated differently, or disproportionately, in terms of where they live, who they are, or in terms of wealth or philanthropy.”

The Judge said the evidence against Cosby was bolstered by chilling testimony from Constand and five other accusers — supermodel Janice Dickinson, Chelan Lasha, Janice Baker-Kinney, Lise-Lotte Lublin and Heidi Thomas.

“To hear voices from the past, your past, Mr. Cosby, saying ‘This happened to me’ — six times,” the judge said. “Those voices said over and over and over again over time, and it was a valuable piece used by the jury in determining your guilt.”

“I hear your attorneys’ argument, that you are old, but some might say you were old back then,” O’Neill continued. “A powerful light has been shed on your behavior.”

Cosby grunted oddly, then nodded his head up and down when O’Neill recalled Constand’s victim impact statement.

“As she said, Mr. Cosby, you took her beautiful young, healthy spirit and you crushed it,” the judge said.

Cosby will serve out his term in state prison, where he’ll undergo programs for sex offenders, O’Neill said. He was also slapped with a $25,000 bill for the cost of his prosecution.