A billionaire who strangled his girlfriend and mutilated her has been sentenced to 20 years in a hell-hole jail.

Diego Novella, 44, was sentenced to 20 years in a hell-hole jail yesterday for the horrific murder and desecration of Gabriela Alban, an American heiress, which took place on July 29, 2015.

The Guatemalan playboy, who was born into one of Guatemala’s richest families, strangled and smashed the skull of his long-term lover Gabriela Alban, 39, after reportedly downing a cocktail of drugs in 2015. The crime was so ferocious that it shocked detectives.

Her blood soaked body was found by traumatized room service staff at a hotel frequented by stars at a seaside resort in South Africa.

A court heard how after murdering Alban, Novella spent hours performing vile acts on her body, including defecating on her face and shoving sweets and chocolates down her throat.

He left a note on her body saying “cerote”, which means “piece of s***” in Spanish. 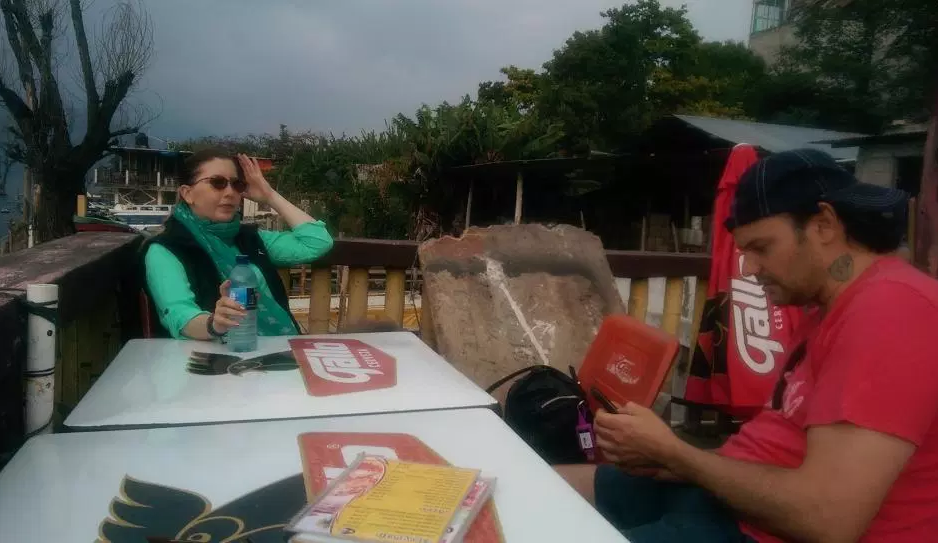 Novella’s lawyer claims the psychotic drugs the billionaire took caused him to have a “psychotic episode”. He claimed Alban appeared as a “demon” to Novella, similar to the character of Regan in the 1973 horror film in The Exorcist. Novella admitted killing Alban but denied murder, blaming the drugs he took.

A pathologist told the Western Cape High Court in Cape Town that Alban suffered a prolonged, brutal and painful death.

Judge Victor Saldanha delivered a damning judgement, ruling he had made up the story of “demons and devils” to escape justice.

Yesterday after sentence Novella was handcuffed and led down the steps from the dock to face 17 more years in jail. Judge Saldanha ordered Novella to be deported to Guatemala upon release.