Bishop David Oyedepo has finally addressed Covenant University students regarding the recent scandal rocking the institution. He also disclosed during the address that the Registrar at the centre of the scandal has been fired.

Oyedepo, the Chancellor of Covenant University made the announcement yesterday during the Thursday chapel service for 100 and 200 level students. 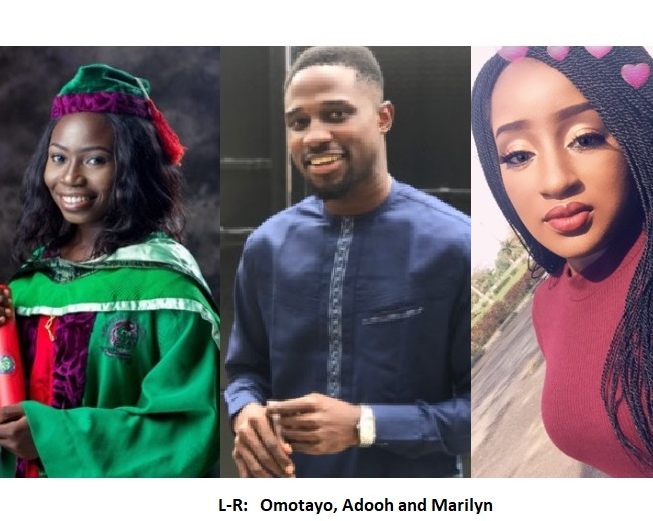 In the chat, Mr Oludayo is seen telling the female student that he wants her as an intimate ally.

The scandal intensified when the female students accused by Adooh later released their side of the story and it turned out Adooh wasn’t telling the whole truth.

In his address in the wake of the scandal, Bishop Oyedepo warned students against having an “intimate ally” a phrase used by the registrar in the leaked chats. He also revealed that the school has no registrar at the moment.

From this day henceforth, no student, whether male or female, must be found having an intimacy ally.

If you’re found, then you’re gone. We did not apply to you, you applied to us. I say, if you misbehave, you’ll be sent out with ignominy.

Vice Chancellor, Dean Student Affairs, Registrar, oh, we don’t have a registrar at the moment. But I have spoken and this is law.

Below are screenshots of the registrar’s chats with a student that leaked.

Audio message of Oyedepo addressing the students of Covenant University is also shown below. 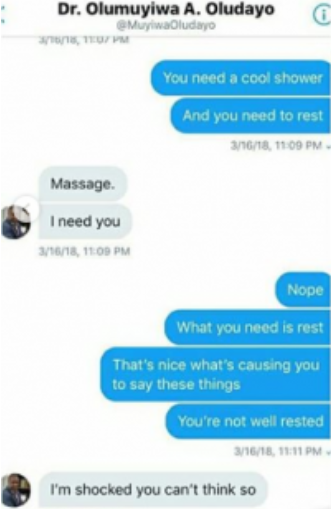 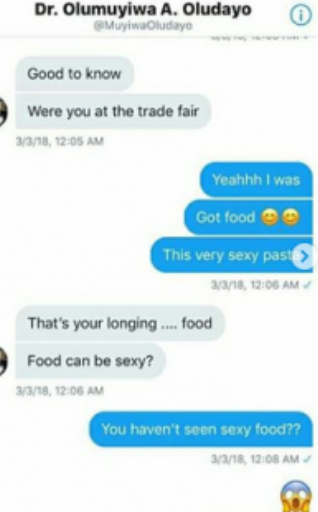 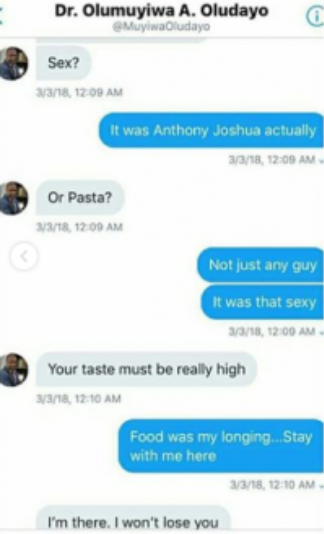 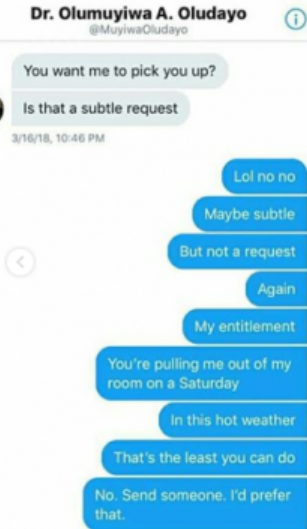 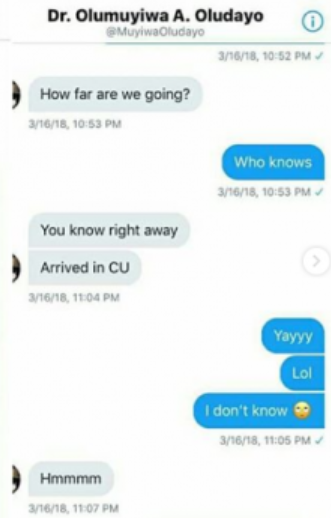 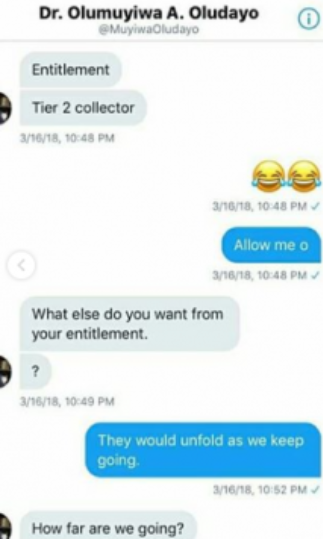 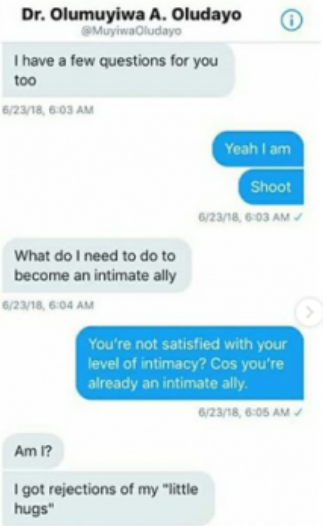 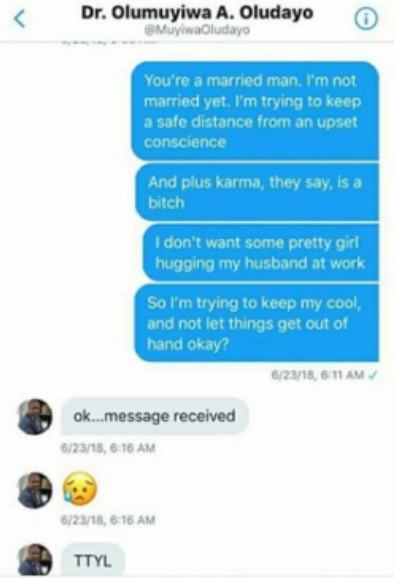 Listen to the audio message:

VIDEO: Man stripped and paraded after he disguised as a woman and snuck in female University hostel