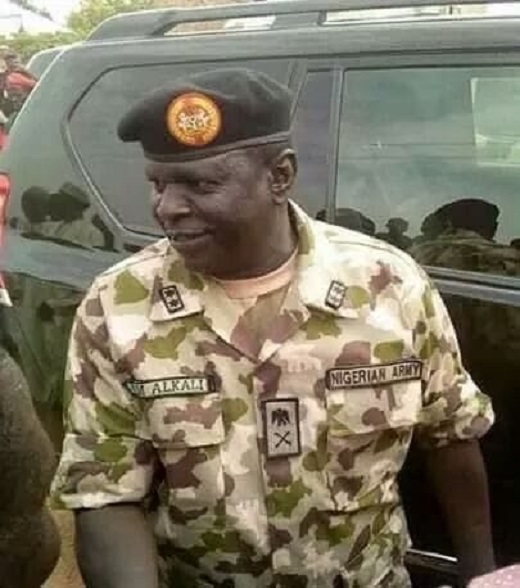 Ex-Chief of admin in the Nigerian Army, Maj-Gen Idris Alkali, who was reportedly missing since September 3rd, has been found dead.

According to reports, the remains of Maj-Gen Idris Alkali was found in a pool along JUTH permanent site in Plateau State on Sunday September 16th.

According to media personality, Bello Lukman of Unity FM in Jos, three corpses were also found around Kwata Gyel road this morning. The corpses were identified to be that of one Aminu Adam, a milk (Fura Da Nono) seller Aishatu Musa and an unidentified bike boy. 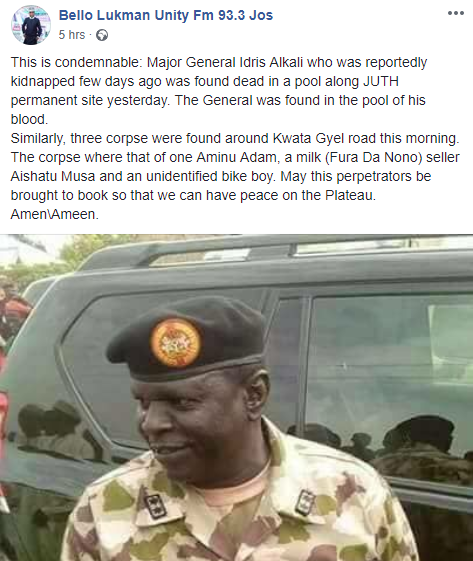 This is a sad news.