Hollywood actress, Thandie Newton realized there is God only after winning the supporting drama actress award at the 70th Annual Primetime Emmy’s for “Westworld”. She uses the word ‘Her’ in reference to God. 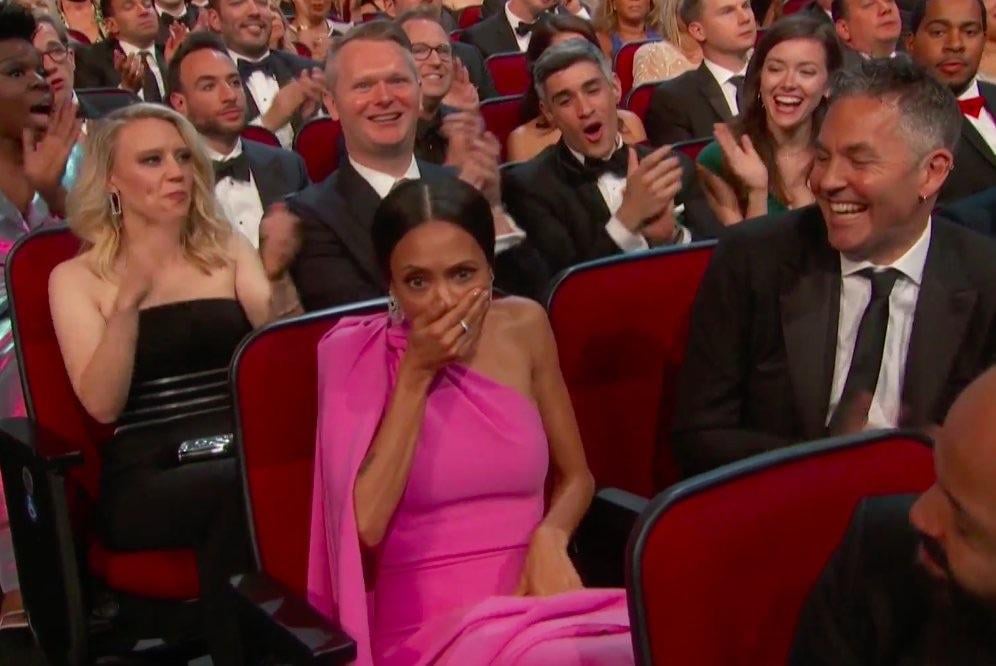 Thandie Newton who gave a speech while accepting her supporting drama actress award for playing Maeve on the HBO sci-fi series, said: “I don’t believe in God, but I’m going to thank her tonight.”

At this point the actress clapped her hand over her mouth as she realized she’d dropped the expletive – to more cheers from the audience.

“My family, my daughter Ripley turns 18 today and I get to guide you and love you and protect you, which is my north star, I love you so much baby,” she said. “Thank you, thank you for this,” she concluded, before walking offstage with The Handmaid’s Tale stars Elisabeth Moss and Samira Wiley, who had presented her with the award.

Thandie Newton beat The Handmaid’s Tale stars Ann Dowd, Yvonne Strahovski and Alexis Blediel, Game of Thrones’ Lena Headey, Millie Bobby Brown from Stranger Things, and Vanessa Kirby from The Crown to win the award. She revealed that the day was all the more special because it was her daughter’s 18th birthday.  It was Newton’s second nomination and her first win at the Emmys. She was previously nominated for the same role in Westworld last year.

The event which was Co-hosted by Saturday Night Live’s  Colin Josh and MIchael Che, the ceremony saw Game of Thrones emerge as the biggest winner on the night, while Atlanta fans were left disappointed as the acclaimed FX comedy left empty handed.