The situation is terrible! Shops, goods and properties have been destroyed by massive fire at Fruit Garden in Port Harcourt, River state. 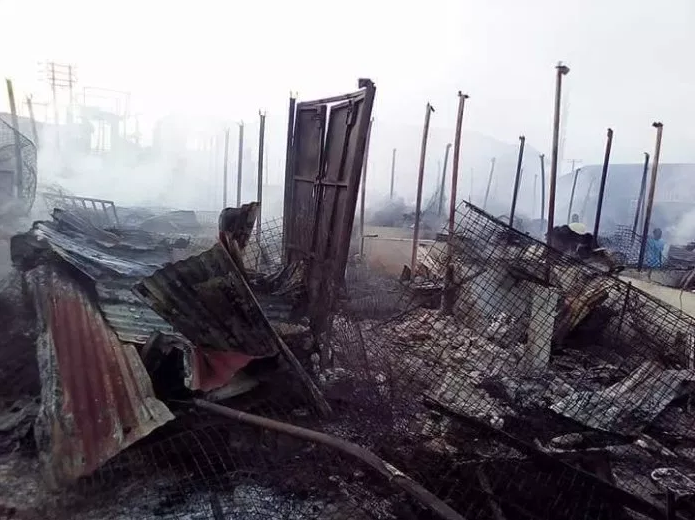 The fire, which affected a section of the popular Fruit Garden Market in D-Line, razed shops with all the items in them, causing irreparable loss to traders and Rivers state. 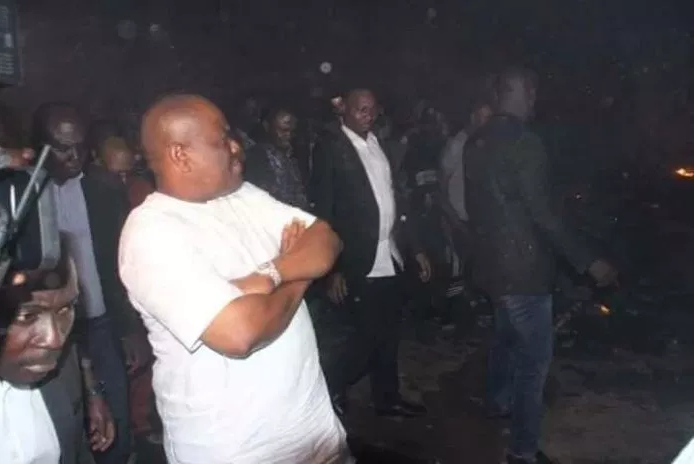 According to source, the fire started at 8.30pm on Thursday, September 27, 2018, and spread before firefighters could respond. 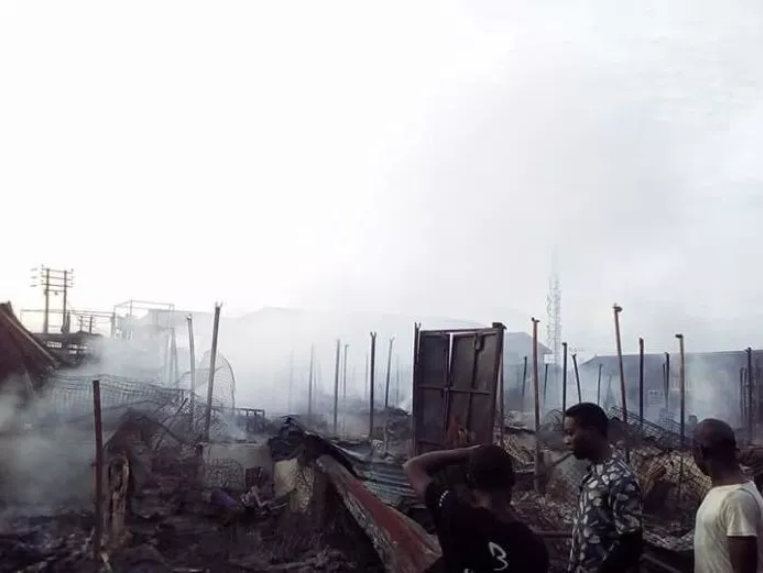 Rivers State Governor has reportedly pledged to rebuild the market & compensate the affected traders as soon as possible. 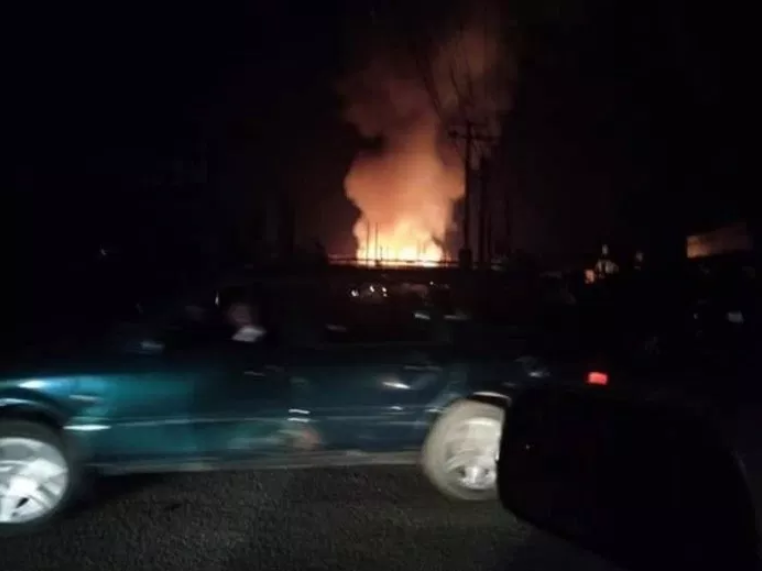 No death was reported at the time of this report.