Daily Post
Home Africa Panic as “ghost” sidechic disappears inside a Lagos office when the boss’...

In what appears like a fairy-tale, a Twitter user has narrated a very shocking incident that happened in her office today in Lagos.

According to her, it was her boss’ birthday and his wife and daughters were not in town, or so he thought, so he gathered his staff to explain that there will be no big party as usual but he will still try to celebrate it for them.

While they were together, a very beautiful woman walked in with a band, cake and food to celebrate the boss. When the boss saw her, he became visibly distressed. At this point, staff understood she was the man’s side chic.

Just as the boss was scolding his ‘side chic’ for coming to his office, the man’s wife and daughters, who were in town without his knowledge surprisingly showed up. They too, came with gifts. When they saw the side chic, they were in shock.

But the daughters were not just shocked, they were scared and shaking. They then explained that the lady is dead already. Immediately they mentioned this, the lady disappeared in front of everyone, sending the office into chaos as everyone ran in different directions.

Read the shocking story for yourself as shared on Twitter. 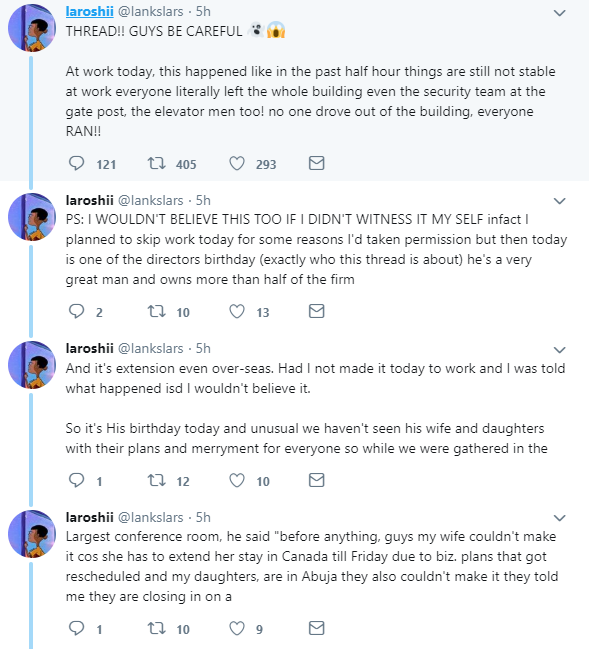 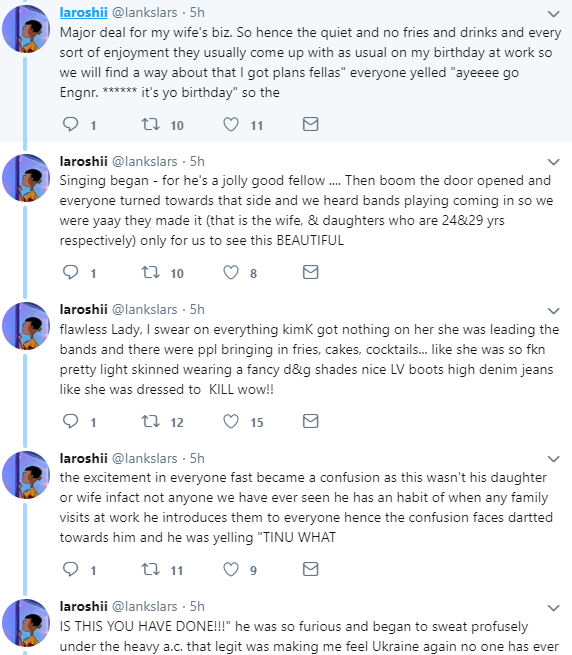 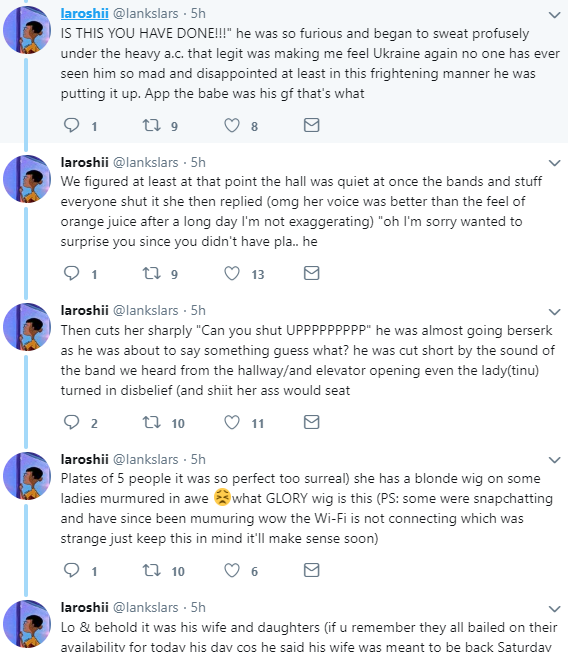 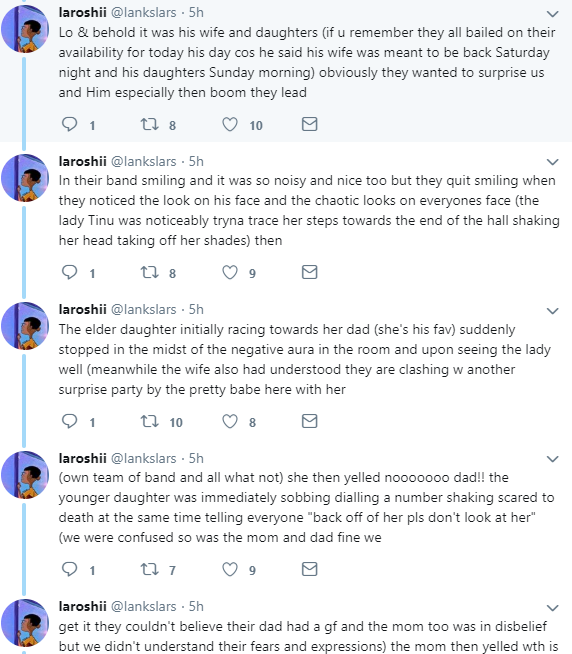 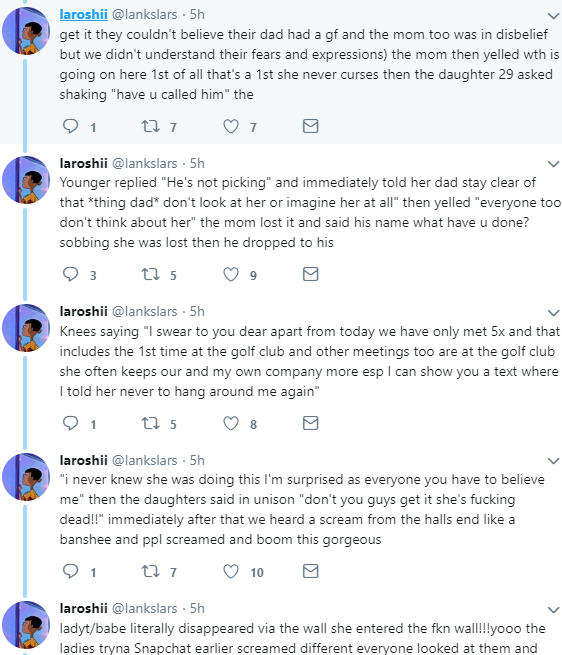 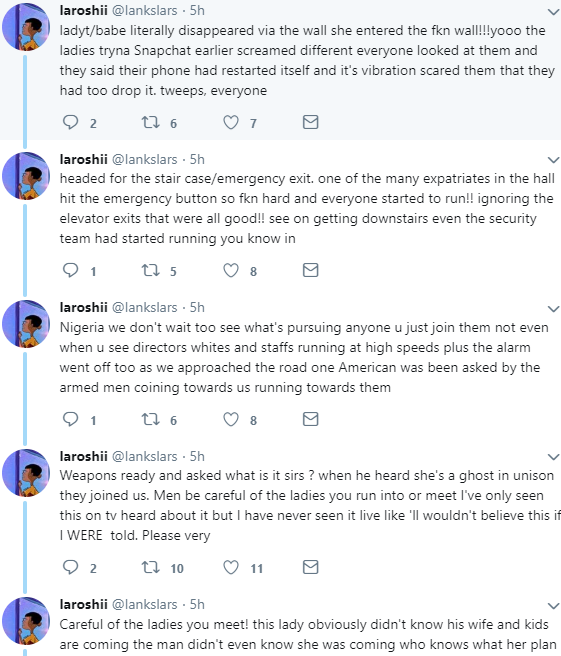 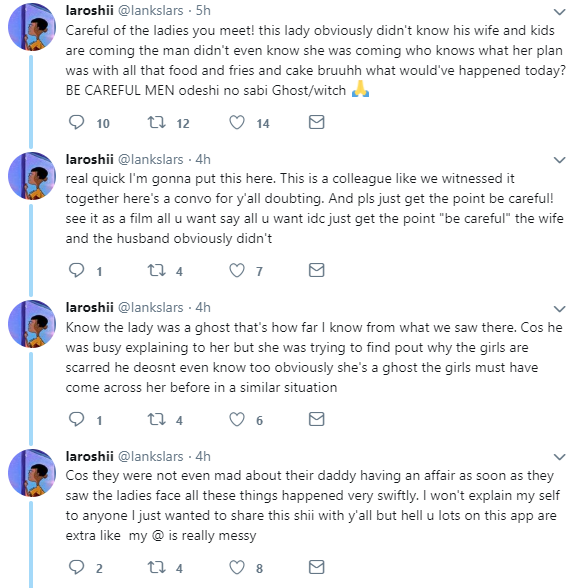 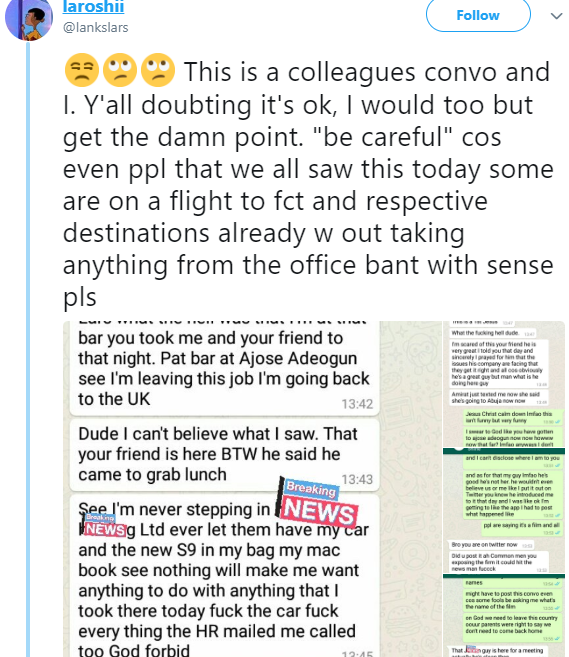 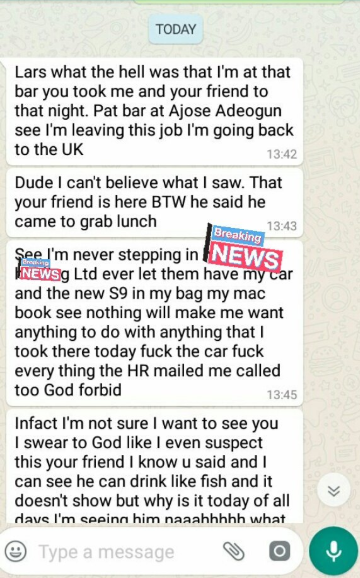 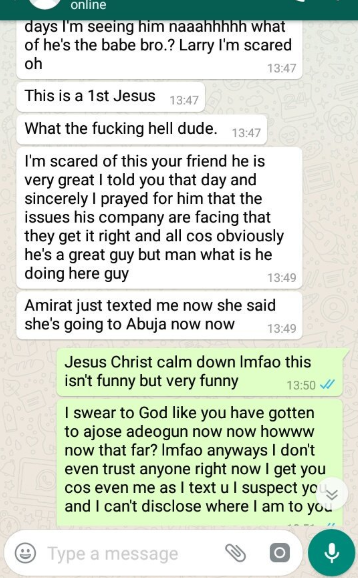 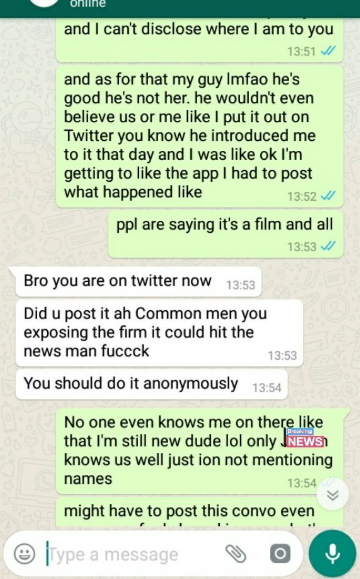 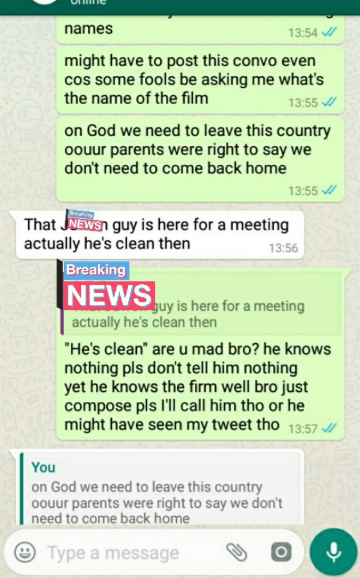