There was drama at Narok County Referral Hospital when a man collapsed upon receiving news that his wife and mother of their twins had just been delivered of three more bouncing babies. 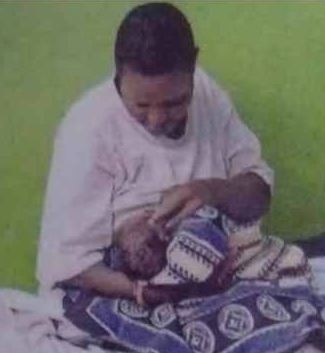 28-year-old Francis Gitau, who was already struggling to find food to eat and to feed their twins reportedly fainted when his 30-year-old wife, Jacinta Mwihaki, shared the good news that she has just been delivered of three babies.

Speaking to reporters shortly after the incident at the Narok-based health facility, Gitau revealed his biggest worry was how he was going to feed five mouths with a meager income.

The now father of five said as much as he was excited about the babies, considering it a blessing from heaven, his main concern was on raising the kids in the wake of economic crisis.