Some residents of Lagos state, staged a protest along the busing Ikorodu road, demanding that the incumbent governor, Akinwunmi Ambode, is allowed to run for a second term in office like his predecessors. 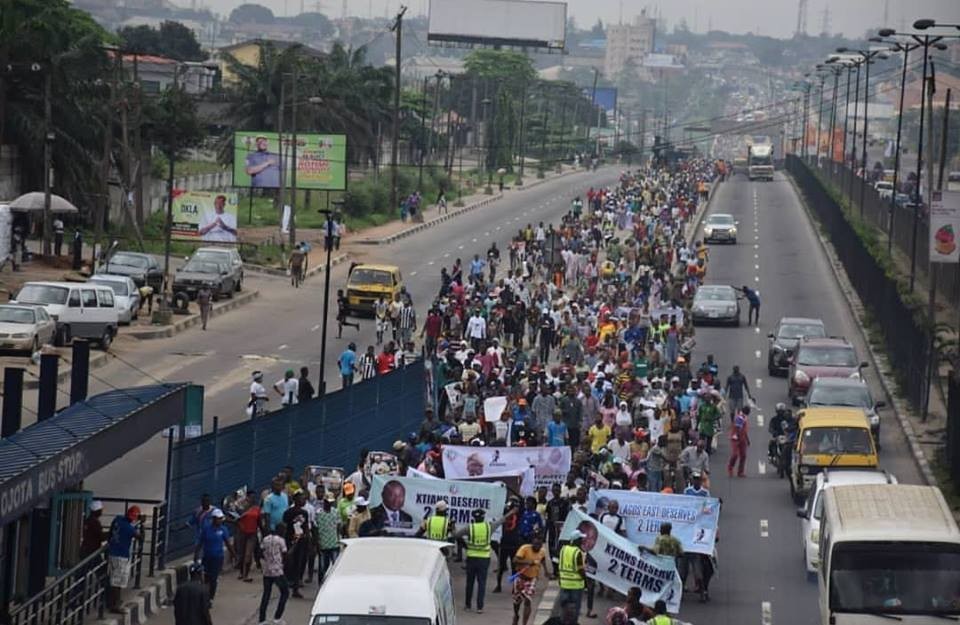 Ambode is alleged to have fallen out of favor from his party leaders includingAPC National leader, Bola Tinubu, and may not fly the party’s flag at the governorship election next year if he fails to win the primaries.

Spokesperson of the protesters, Charles Akube said that the good works of Ambode was enough to afford him a second chance.

“Tinubu should not use politics to spoil the development that is currently going on in Lagos. Ambode has done enough to afford a second term, looking at all the construction work going on all over Lagos State, we all know that this man deserves a second chance to continue the good work,” he said.