A suspected Nigerian fraudster could not hold his emotion after he was arrested in Kenya, Sep 21,2018. He burst into tears. 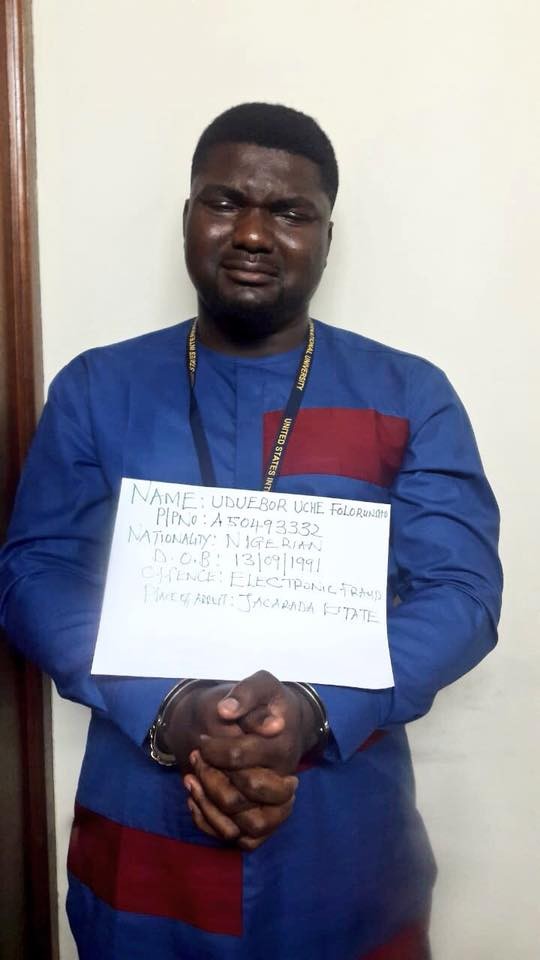 The DCI Detectives in Kenya have arrested two Nigerians and one Tanzanian for engaging in electronic fraud where local banks reportedly lost huge amounts of cash.

According to the authorities, most of the money defrauded from the local banks was withdrawn outside the country. 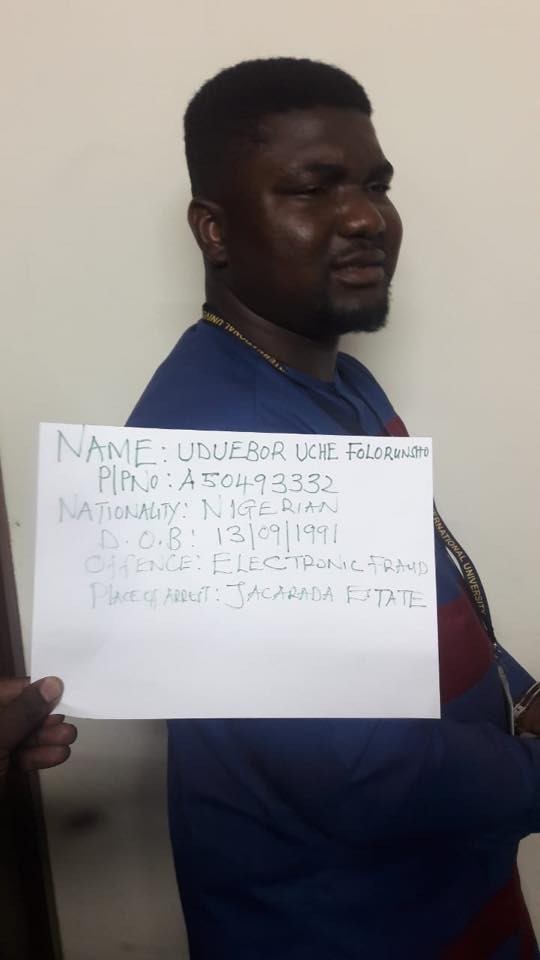 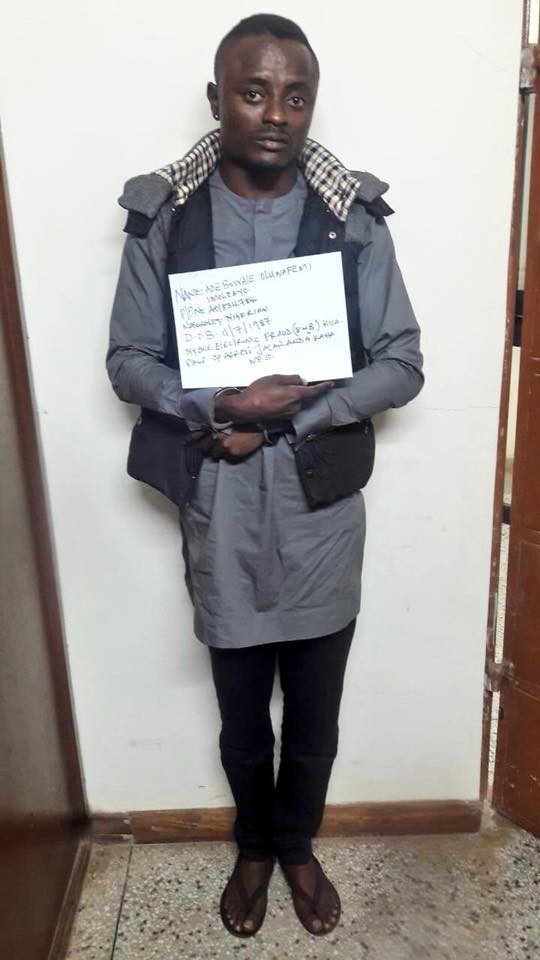 The following items; ATM cards, Laptops, Cheque books and among other exhibits were confiscated from the suspects. 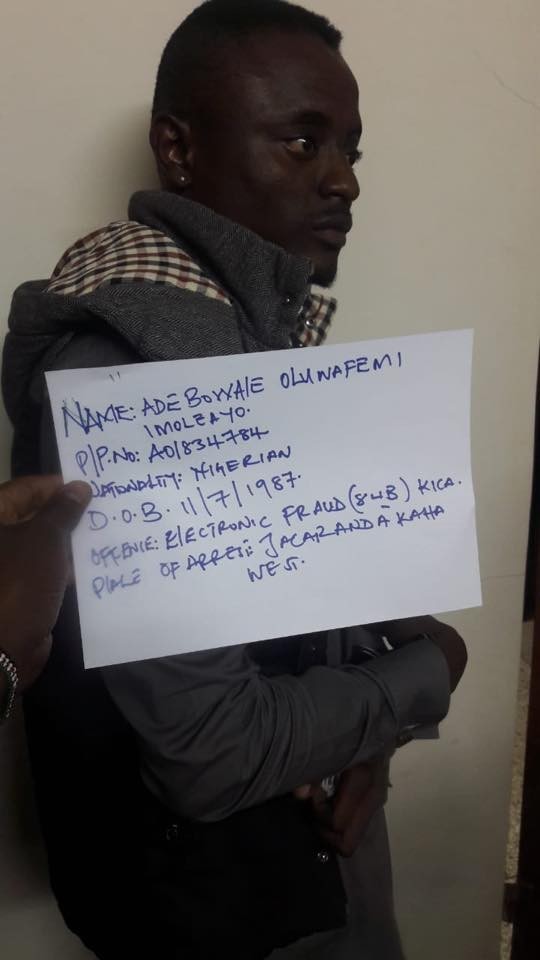 The suspects are currently in lawful custody and will be arraigned in court on Monday, Sep 24, 2018. 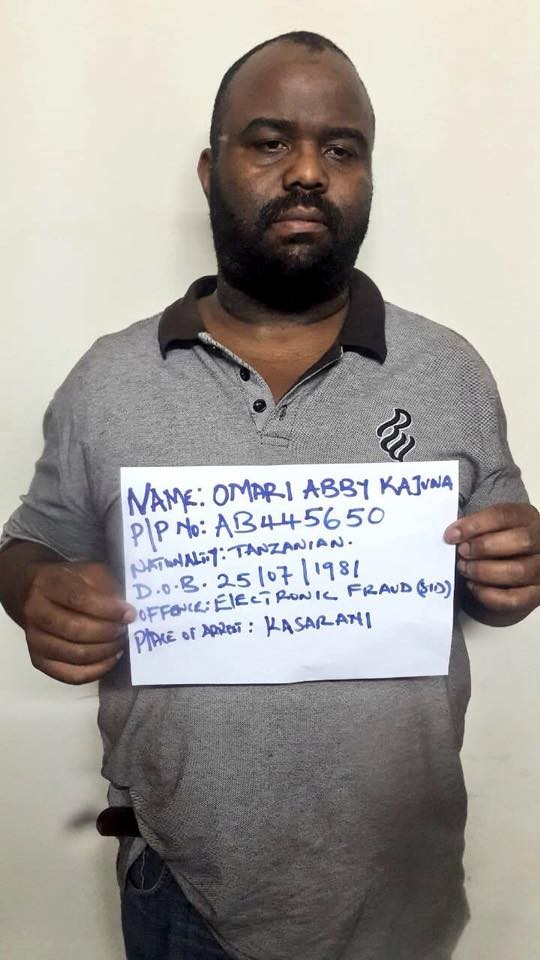 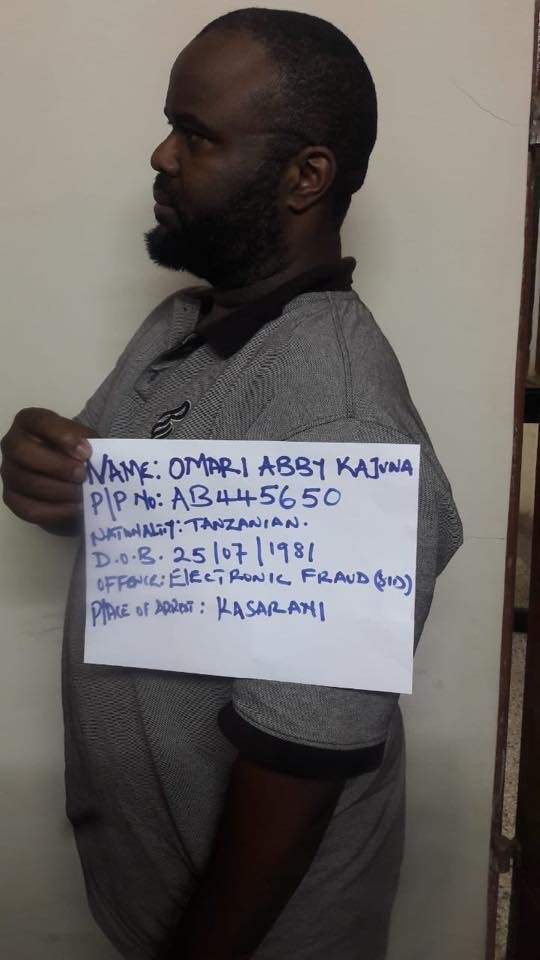