Cameroonians on Sunday went to polls to re-elect their 85-year-old president to a seventh term.

The election comes amid a tense backdrop of spiraling violence and unrest in the north and southwest of the country.

Paul Biya has ruled the country since 1982. Observers say he is almost certain to win the election, which means he will be 92 at the end of that term.

In the past, Biya had often won elections by a landslide victory. In the last election in 2011, the Supreme Court found that Biya got 77% of the vote, beating out 22 other contenders.

The octogenarian leader is one of Africa’s longest-serving rulers. He’s also accused by rights groups of presiding over a brutal regime, characterized by human rights abuses, particularly towards residents of Cameroon’s English-speaking provinces. 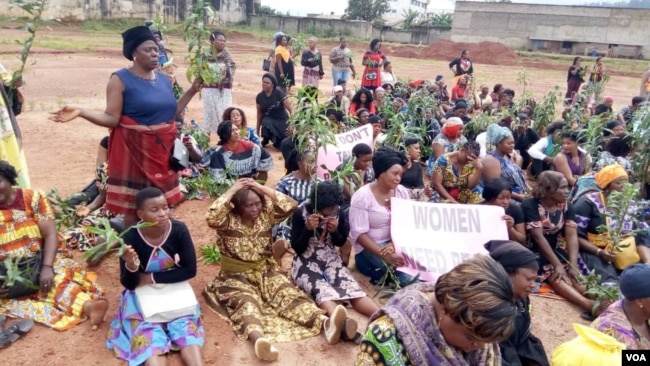 Women listen to a speaker at a protest against an ongoing conflict between government forces and armed separatists, in Bamenda, Cameroon, Sept. 7, 2018. (M.E. Kindzeka/VOA)