It was a big victory for the U.S President, Donald Trump on Monday as federal judge dismissed adult film star, Stormy Daniels’ defamation lawsuit against him. 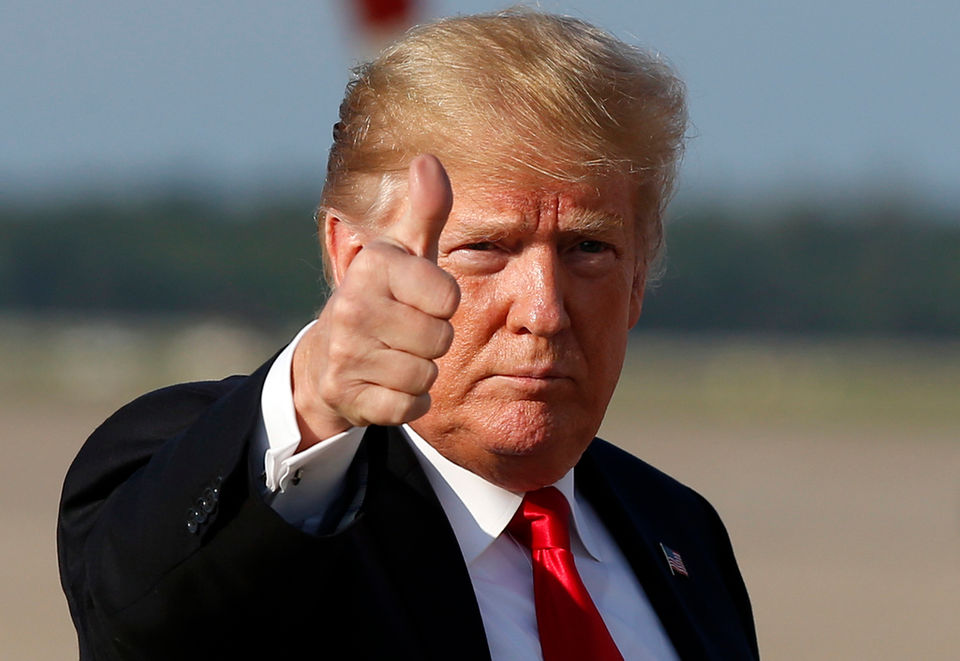 Stormy Daniels, whose real name is Stephanie Clifford sued Trump after he said in a tweet that her story of a man threatening her not to come forward with her story of her alleged affair with Trump was “a total con job.”

Daniels argued Trump’s tweet, posted April 18, “attacks the veracity of her account” of the incident and that Trump’s statement was “false and defamatory, and that the tweet was defamation … because it charged her with committing a serious crime,” District Judge S. James Otero wrote in his opinion Monday.

The U.S. District Judge James Otero in Los Angeles ruled that Trump’s speech was protected by the First Amendment as the kind of “rhetorical hyperbole” normally associated with politics and public discourse in the United States.” He ordered Daniels to pay Trump’s legal fees.

Trump attorney Charles Harder cheered Otero’s decision saying “no amount of spin or commentary by Stormy Daniels or her lawyer, Mr. Avenatti, can truthfully characterize today’s ruling in any way other than total victory for President Trump and total defeat for Stormy Daniels”.

The ruling is a blow for Daniels and her lawyer, Michael Avenatti, who has raised a national profile from his legal battles against the president and is contemplating a presidential bid in 2020.  Avenatti called the ruling “limited” on Twitter and said it did not affect Daniels’s primary case against Trump and his former attorney Michael Cohen, which seeks to invalidate her 2016 nondisclosure agreement.

Avenatti also tweeted that he had appealed Otero’s ruling to the U.S. Court of Appeals for the 9th Circuit. The now-dismissed suit has received less attention than two other cases pending against Trump; Daniels’s lawsuit seeking to void the nondisclosure agreement and a separate defamation claim by former “Apprentice” contestant Summer Zervos, who alleges that Trump sexually assaulted her in 2007 and argues that he defamed her when he suggested she was lying.

Trump’s attorney Charles J. Harder said in a statement to CNN, “No amount of spin or commentary by Stormy Daniels or her lawyer, Mr. Avenatti, can truthfully characterize today’s ruling in any way other than total victory for President Trump and total defeat for Stormy Daniels.”
“The amount of the award for President Trump’s attorneys’ fees will be determined at a later date,” Harder added.