While speaking in an exclusive interview with Daily Sun, Nollywood actress, Nnenna Rachael Okonkwo popularly Known as Nkoli Nwa Nsukka, openend up on her journey to fame, love, hearbreak, embarassing moment and many more.

From a common music video dancer known as Ote Egwu, Rachael Okonkwo became a star called Nkoli Nwa Nsukka after her break in the movie of the same title.

In the interview with Daily Sun, the actress traces her journey to fame, love and fortune. Enjoy it.

How did your journey into Nollywood begin?

I joined Nollywood in 2005. I did about seven movies and stopped because the experience was terrible. I then joined the music industry as a dancer. I danced and danced until people started calling me ‘Ote Egwu’ because I appeared in most gospel music videos in town then. I went back to Nollywood and continued acting until I had my breakthrough in the movie, Nkoli Nwa Nsukka.

Were your parents in support of your acting career?

I lost my father at the age of 13. My mother did not support my acting career initially because she felt I was not on the right track. But after I disappointed her expectation, she became my biggest fan and supporter. Her prayers and that of my siblings and fans had kept me going.

Aside movies what else do you do?

I’m into property management. I buy and sell properties.

How was your growing up?

My growing up was not rosy at all probably due to the early demise of my father. I hawked corn, groundnuts and did other menial jobs just to survive and help my family. But I never lost focus.

Did you foresee yourself becoming this popular?

Not really, even though, I always believed in myself. I must confess that the fame actually took me unaware. I give God all the glory.

Can you share one of your best moments as an actress?

One of my best moments as an actress was when we were shooting Nkoli Nwa Nsukka Seasons 5 and 6. We got to a location but people did not allow me to shoot because they saw Nkoli Nwa Nsukka and not me. I never knew I had become that popular. In fact, I ran back inside the car and started crying, though it was actually tears of joy.

How do you deal with stubborn male fans?

I try to manage them because I see them as my well wishers. Without people like them, we won’t feel appreciated. God will always bless my fans.

Any embarrassing moment with a fan you can’t forget?

Yes. One day, I came out of my car to inquire about something from someone and on noticing I was Rachael Okonkwo, the young man jumped up and kissed me right on my lips. And this happened in traffic so; many people saw it. I can’t forget that day in a hurry. I felt so embarrassed that I felt like disappearing from there. 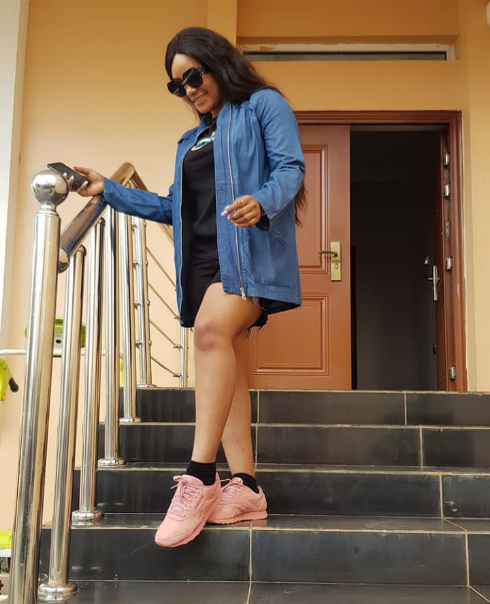 I’m inspired by God, kids and love for humanity. Nothing gives me joy like touching lives positively.

Can you tell us about your annual Easter event?

It is called Nkoli Nwa Nsukka Children’s Easter Carnival. It is a means I have chosen to give back to society for what God has been doing for me. It’s actually a big carnival where we have not less than 20,000 kids in attendance. I usually have thousands of gifts for the kids such as bicycles, school bags, food items, clothes, books and other writing materials, etc.

So, it’s meant for only children?

Yes, but because their parents and siblings normally bring them to the arena, they all join and together we have fun, and virtually everyone goes home with gift items.

Do you intend to bring the carnival to Lagos some day?

Yes. The next one is likely going to be in Lagos.

It seems you love kids a lot, how many do you plan to have?

I plan to have as many as God gives me.

When should we expect the wedding bells to ring?

As soon as ‘Oyom’ is ready for us to walk down the aisle (laughs).

Are you currently in a serious relationship?

What’s your kind of man?

Do you plan to go into movie production?

Yes, but not anytime soon. Right now, I want to concentrate on my acting career, and so far so good with it.

What makes Rachael different from other Nollywood actresses?

She (Rachael) doesn’t try to be like anyone else. She believes in the uniqueness of man and wishes everyone well because she doesn’t believe in competition.

Who are those actresses you looked up to before you joined the industry?

I looked up to Genevieve and still look up to her because she has lasted in the industry, and she’s still holding it down. She is indeed an icon. I love and respect Tonto Dike very much. She is strong and passionate about her career. I can’t forget her words of encouragement the first time I worked with her. Funke Akindele is another actress I admire so much. She is in her own world and I respect her for that. Angelina Jolie is a role model too. 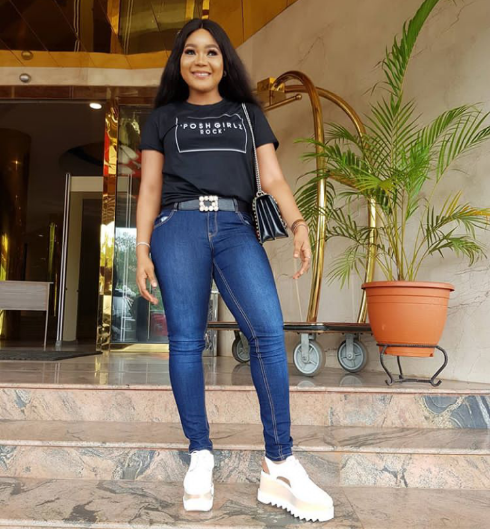 Did you ever encounter sexual harassment at your early stage?

No, I did not. It’s not the way people talk about it.

What makes you cry?

Worship songs make me cry because they remind me of God’s goodness in my life. I can be so emotional with such songs.

Have you ever been heartbroken?

How did you deal with it?

I picked up the pieces of my heart and moved on (laughs). You know how it feels watching someone you so much cherish leave you probably for another girl, but thank God someone better (than him) has taken the place.