In-N-Out Burger president Lynsi Snyder is the youngest woman on the latest Forbes 400 list of the richest Americans.

36-year-old Lynsi, is not only worth $3 billion, but she also boasts sky- high approval ratings. According to Glassdoor, Snyder’s support from employees stands at 99 percent.

Forbes reports that workers of the family-run burger chain enjoy a better-than-average quality of life. Restaurant workers make $13 an hour, compared to $9 at McDonald’s, and they’re eligible for health insurance. Managers, who on average have been with the company for 17 years, make about $163,000.

“It is very important to me that In-N-Out Burger is a great employer because I value our associates so much,” Snyder told Glassdoor in 2017. “They are the reason for our success and they deserve to enjoy coming to work, to feel appreciated and to be treated like family, which is what I consider them.” 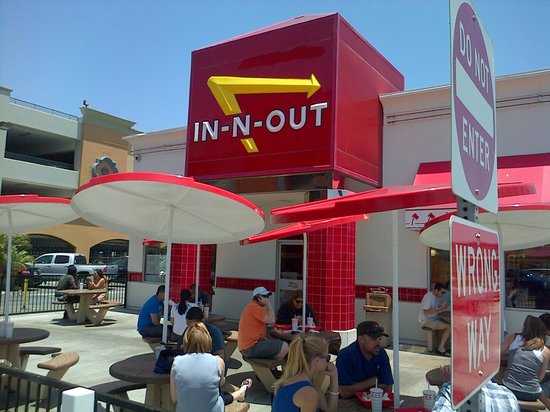 Snyder has also lived a very full life. She became company president in 2010 after her grandma and In-N-Out co-founder Esther Snyder died. The avid drag racing fan has been married four times and battled with alcohol abuse in her youth.

“It was like a black-sheep era of my life,” she told Forbes. But Snyder, who’s based in Glendora, California, said that her devout Christian faith helped her through the rough times.

These values are reflected throughout the restaurants. Bible verses are inscribed on burger wrappers, cups and fry containers.

“It’s not about the money for us,” said Snyder, who insists she’s not selling In-N-Out anytime soon. “Unless God sends a lightning bolt down and changes my heart miraculously, I would not ever sell.”

While McDonald’s and Burger King serve well over 80 different items, In-N-Out famously serves fewer than 15: burgers, cheeseburgers, fries, soda, milk shakes and the signature two-patty Double-Double. Snyder has added just one thing: hot chocolate in 2018. The company will make tweaks from time to time, like switching to a premium Kona coffee and healthier sunflower oil for cooking fries.