A new report from PEOPLE magazine claim that the mother of three, Kim Kardashian is “unhappy”.

Kim Kardashian, 37, is trying her best to be supportive of Kanye West, 41, but his public rants are negatively affecting her.

“Kim is very uncomfortable and unhappy with the whole situation,” a source tells PEOPLE about the Kimoji creator, who shares daughters North, 5, and Chicago, 8 months, and son Saint, 2½, with West.

“She finds Kanye brilliant, so it makes her upset when he goes on these public rants and come across as someone who isn’t well,” says the source. 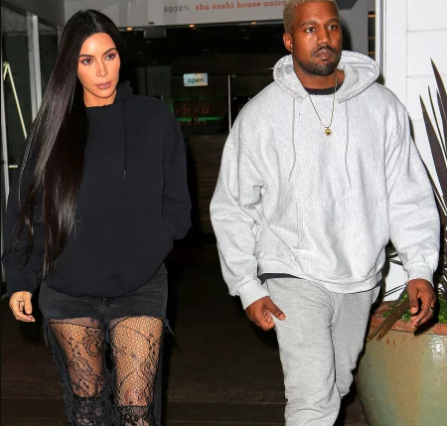 During a meeting in White house last week with the U.S President, Donald Trump, West — who avidly supports and voted for the president in the 2016 election — claimed during a lengthy, televised discussion that he was “misdiagnosed” with bipolar disorder. (The rapper, 41, also recently revealed that he is “off medication” he had previously been taking to treat the disorder.)

During the meeting, the pair a number of topics, including the Kardashians, Hillary Clinton‘s 2016 election campaign, and racism.

“It’s stressful for her. She knows he isn’t healthy right now, but it’s impossible to get across to him,” the source says. “All she can do is hope that he calms down mentally soon.”

But Kardashian West, who married the musician in May 2014, isn’t the only one who hopes her husband gets the assistance he needs — her famous family does too.

Adds the source, “Kim’s family thinks he needs help, but Kanye doesn’t, so it won’t happen.”