Omotosho, who is the founder of Jesus Dominion International Church and a well known ‘miracle worker’ in South Africa.

A woman who claims to be a victim of rape by Pastor Omotosho spoke up in court and detailed the sexual assault she suffered in the hands of the pastor. 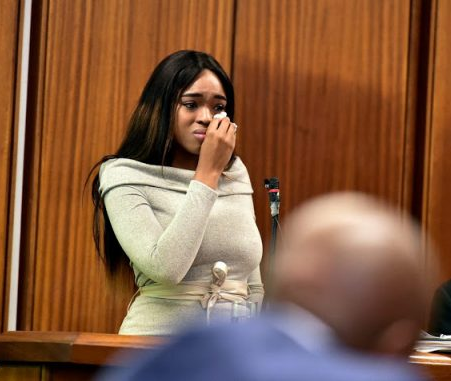 Cheryl Zondi, 22, who claimed she was sexually assaulted by Pastor Timothy Omotoso, waived her right to anonymity in the sex trial involving Omotoso and his two alleged hench women because she wanted the world to know what type of person he is.

She told the Port Elizabeth High Court on Monday that at the time she was sexually assaulted by the pastor she believed God was on his side.

Chryl Zondi was cross-examined by Peter Daubermann, who asked about her first encounter with the televangelist at his mission house in Durban, South Africa.

Zondi said that she was only 14 years old when she was summoned to Omotosho’s bedroom. She said she was told by Omotoso to lock the door as she entered.

The teenager explained that she knelt beside Omotoso who was in his bed under the sheets. She said he signaled for her to sit next to him on the bed.

Zondi detailed the sexual assault, claiming that Omotoso hugged her tightly, pulled on her bra strap and pushed her on the bed.  She said that while she was fully clothed she felt his erect penis between her thighs. Zondi told the court that she did not resist, but was aware that she was being sexually attacked and knew that such behavior was wrong.

You were in a room alone with a man. You say you were scared. What did you think was going to happen? Didn’t you wonder why the door was locked?

Zondi replied that it was scary but it was also a privilege because Omotoso was thought to be a man of God. She said she wanted him to be her musical mentor and thought that he would train her.

Why did you not scream, mam? You knew there were other people in the house, they would hear you?

Zondi said she was scared and the girls in the house were loyal to Omotoso. She further explained why she did not dare to object to his advances, saying she was shocked and confused and just said to him: “I just have to get used to the way things work in this house.” 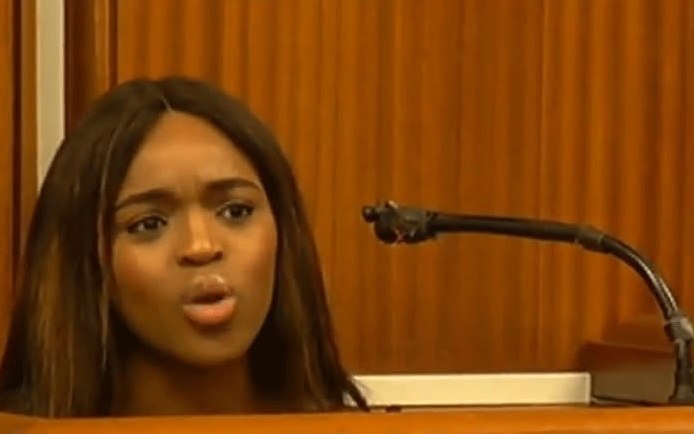 Zondi said that even if she screamed for help nobody would have intervened. She said that at the time she thought God would be on Omotoso’s side in committing a sexual assault. Zondi explained again that she was too scared to oppose Omotoso because anyone who opposed him would die, so she allowed him to continue.

At night, Zondi said she was again summoned to his room where she thought she would definitely get raped.

‘I thought he would rape me and I should allow him to do what he wanted to do. I did not want to face the wrath of God’ Zondi said.

The time she was allegedly asked to remove her clothing, Zondi said Omotoso penetrated her vagina slightly but was careful not to go all the way. She further described him rubbing himself against her genital area until he climaxed.

Pastor Timothy Omotosho denied the accusations at the time of this report. This case started in 2017 when Pastor Omotosho was arrested by South Africa Police over multiple accusations of rape. Zondi, who claims to be one of the victims, testified in court yesterday. The case is still on..