Duchess of Sussex, Meghan Markle stepped out holding hands with Prince Harry as they walked along a jetty on picturesque Queensland’s Fraser Island. But Meghan is being slammed for her choice of outfits which exposed her thighs.

Meghan cradled her baby bump as she and Harry reunited after spending the day apart. She had skipped today’s royal engagements to take a break at the exclusive Kingfisher Bay resort. 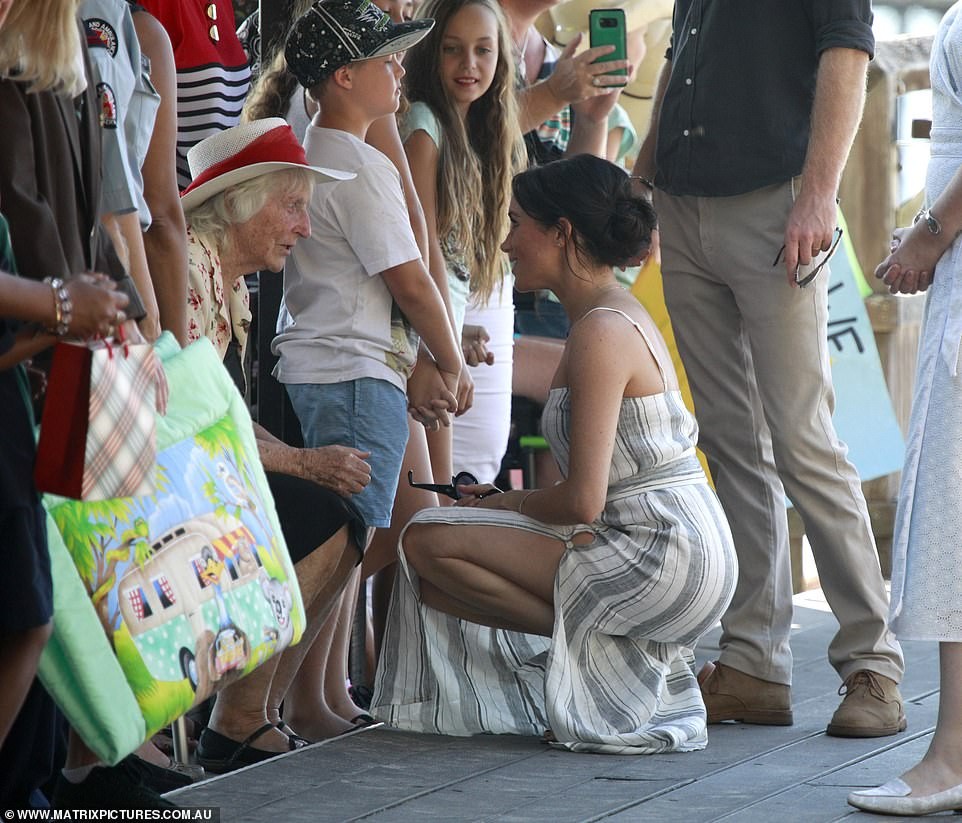 Dressed in a Reformation maxi dress with thigh-high slit, the Duchess later arrived by car to meet Prince Harry. People say her outfit broke every royal rule in the book and is unfit for a princess. 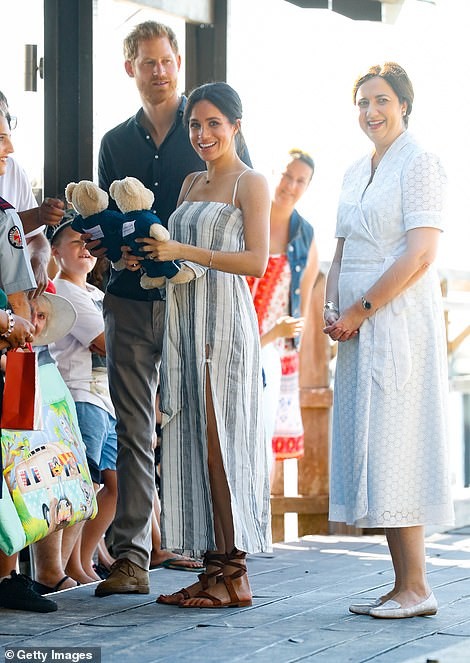 Some social media users even went as far as tagging the Royal family’s official Instagram account to complain about Meghan’s outfit and how it violates royal protocol.

See photos and reactions below. 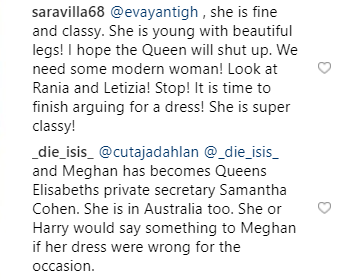 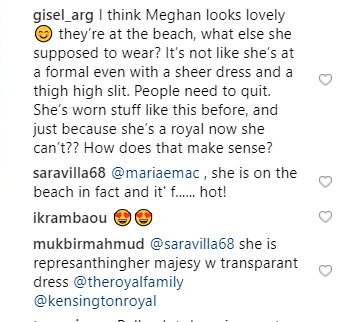 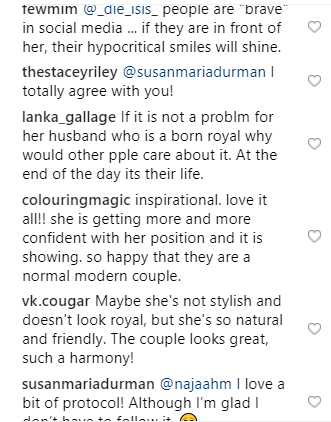 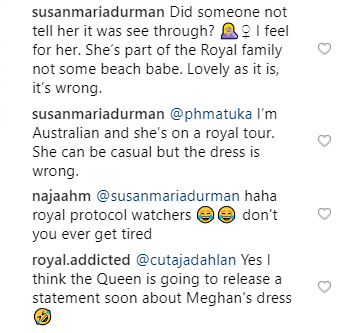 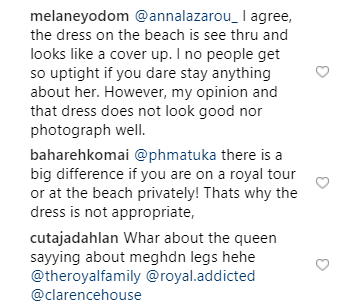 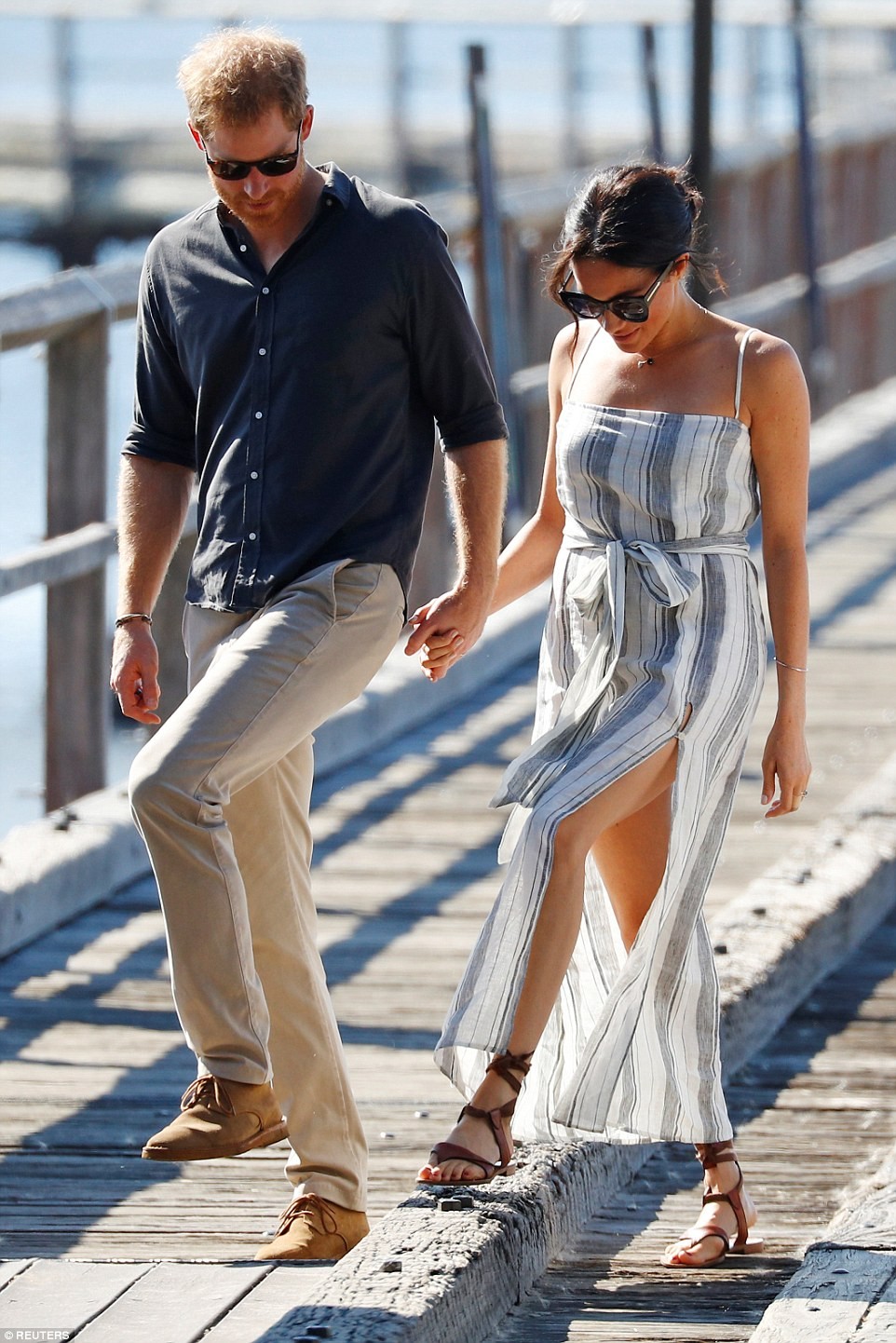 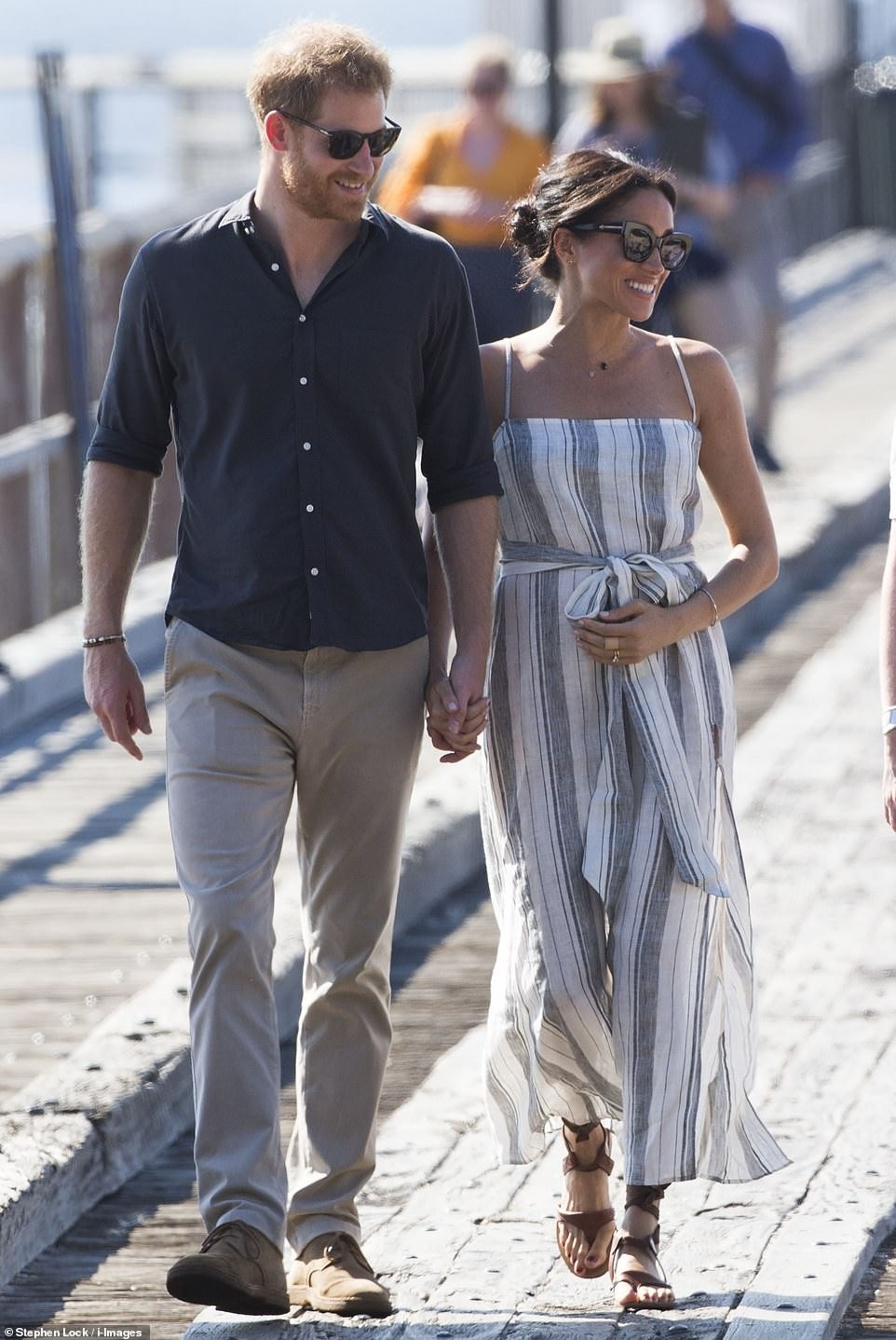 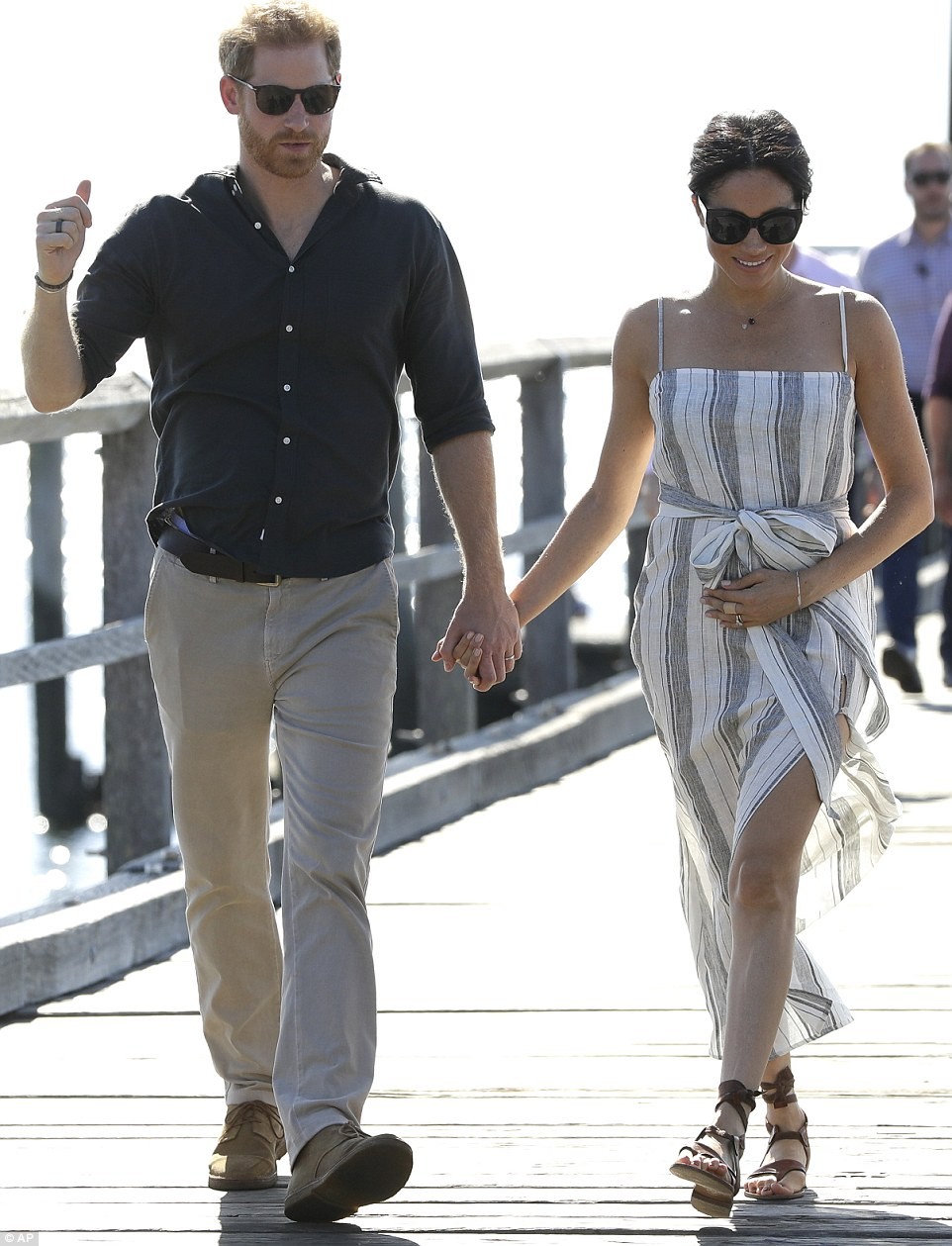 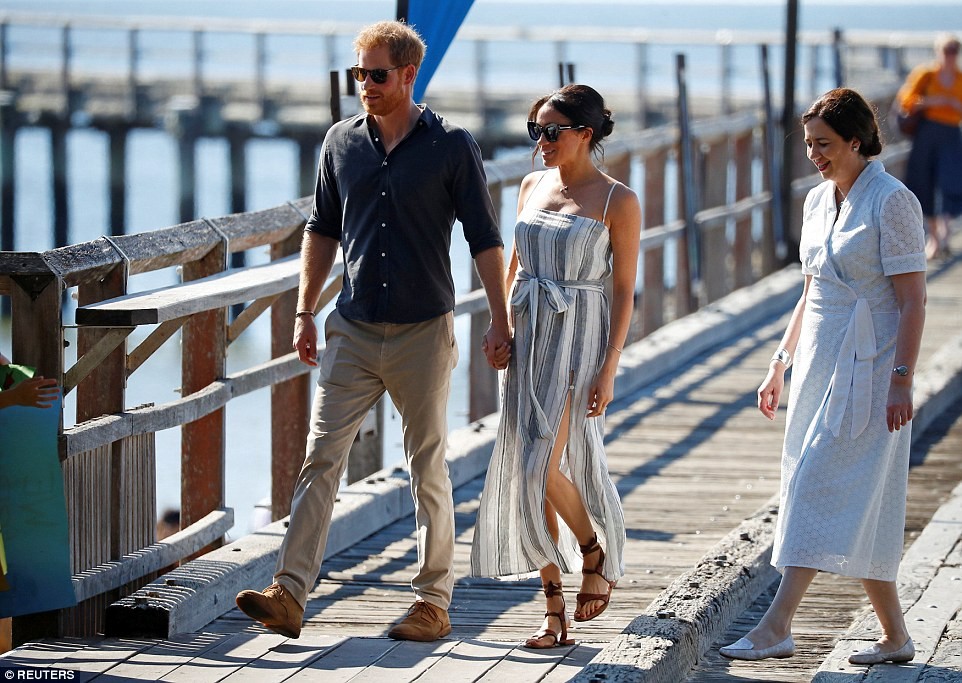 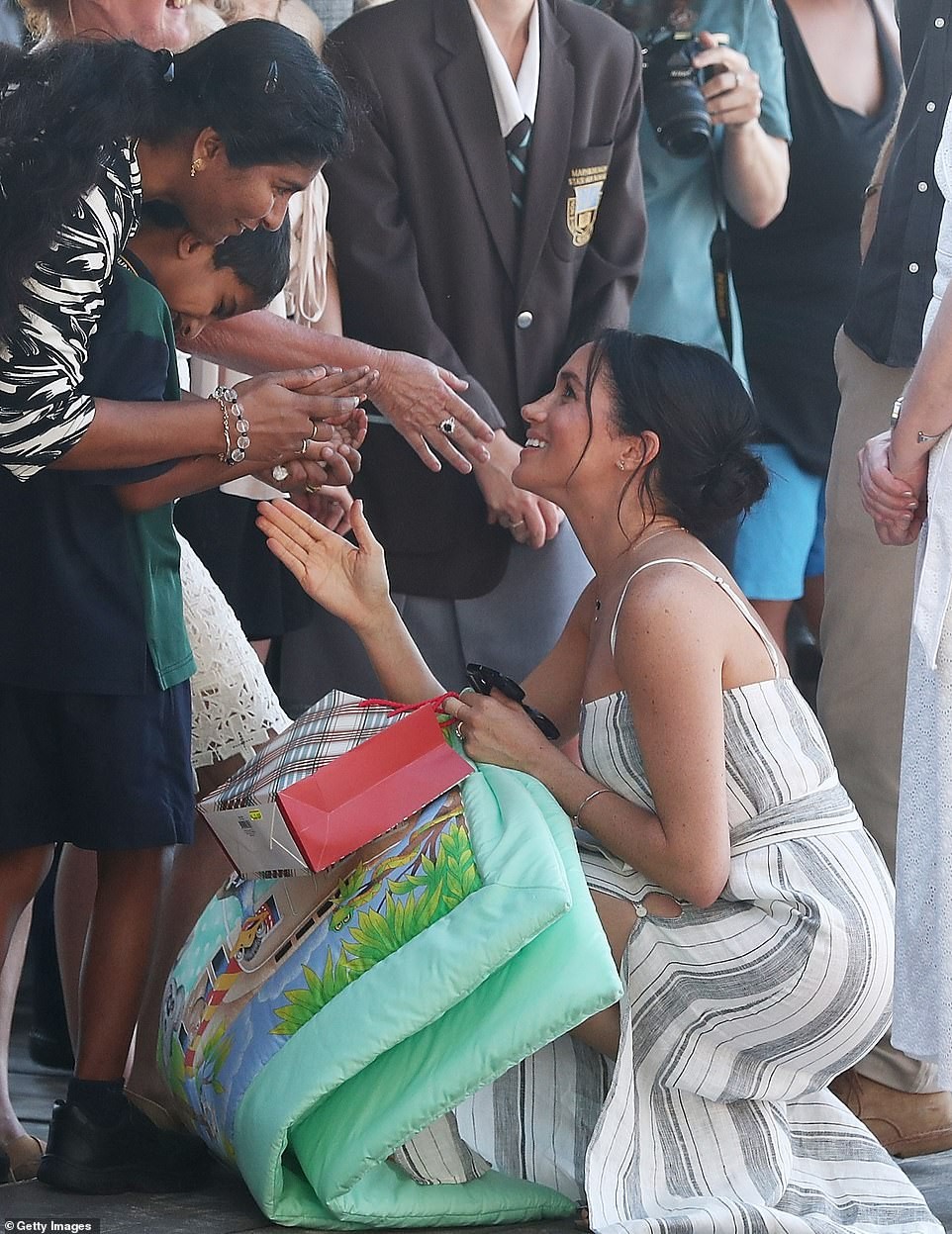 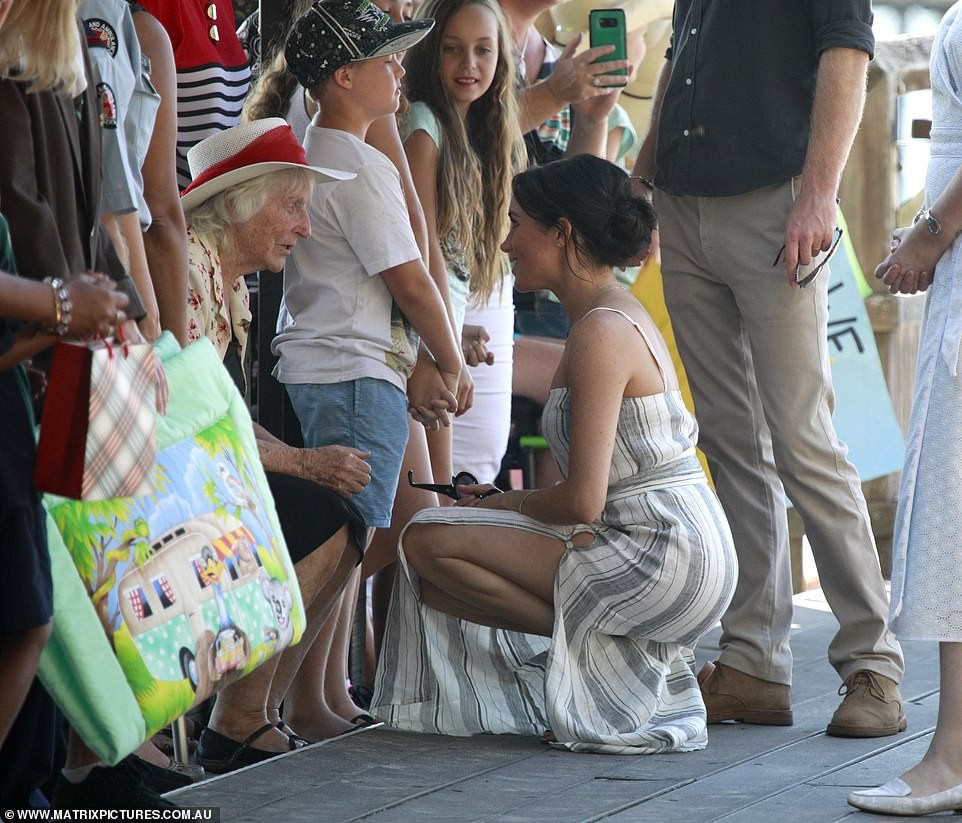 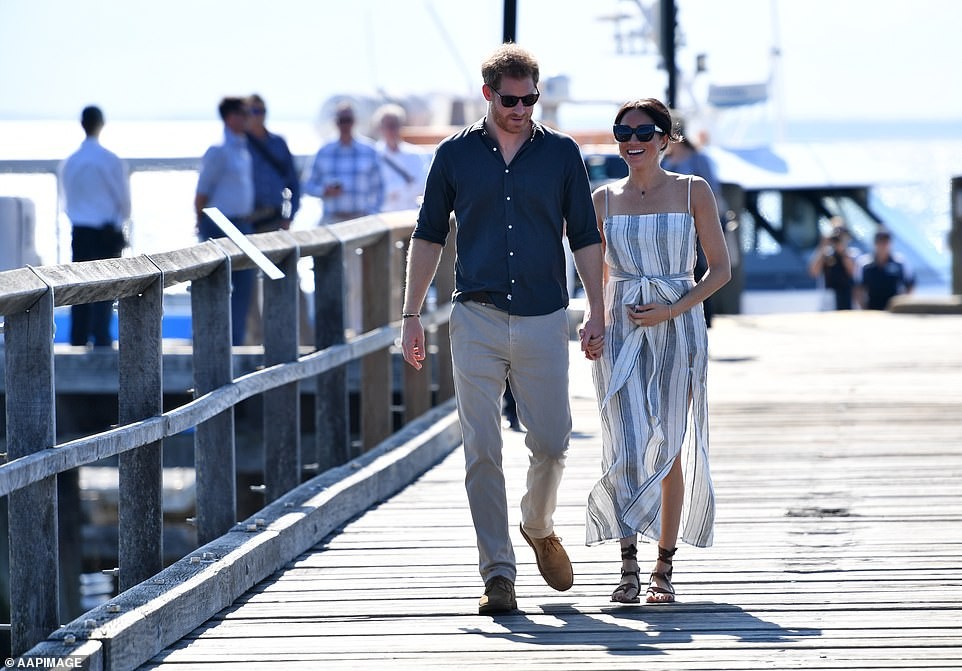