A speeding train on Friday ran over a crowd watching fireworks during a Hindu religious festival in India, killing at least 50 people.

Hundreds of people were reportedly watching the burning of an effigy of demon Ravana during the Hindu festival of Dussehra in northern Punjab state when the train struck.

The commuter train hit the crowd standing and sitting on the railway line to watch a fireworks show during evening celebrations, police and eyewitnesses said. 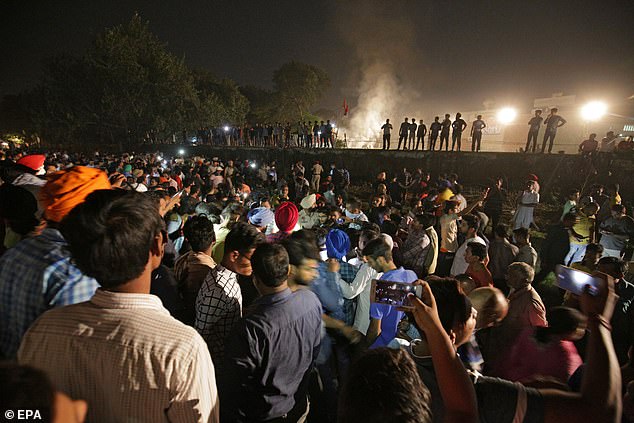 Pratap Singh Bajwa said the victims crowded the rail track on the outskirts of Amritsar, a city in Punjab state.

He said they did not see the train, which failed to stop after the accident. 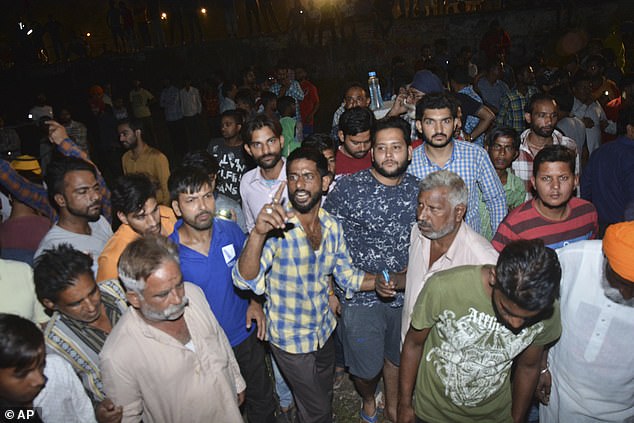 The train was coming from Jalandhar to Amritsar and spectators reportedly could not hear the horn of the train being sounded due to the exploding crackers.

Following the accident, a large number of villagers rushed to the site and condemned railroad authorities for not taking precautions in view of the festival. 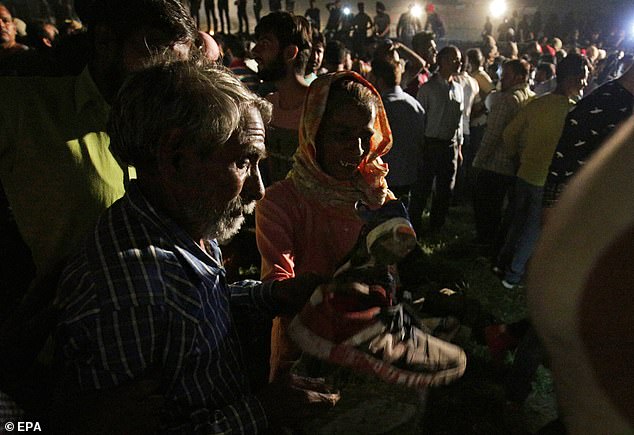 Videos posted on social media showed the fireworks going off as a large group of people watched on.

A police official said: ‘There was a lot of noise as firecrackers were being let off and it appears they were unable to hear the approaching train. 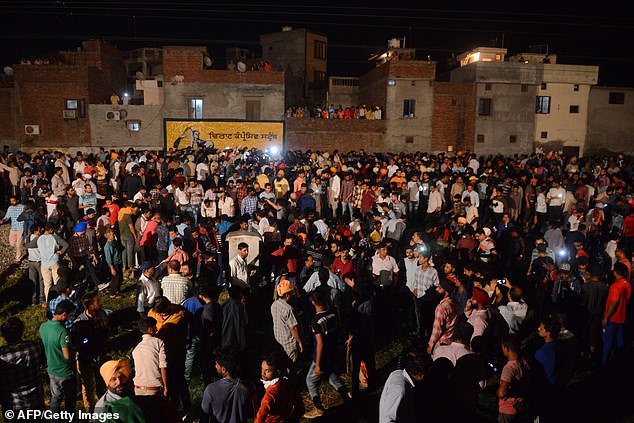 India is home to hundreds of railway crossings that are unmanned and particularly accident prone, with motorists often ignoring oncoming train warnings.

Nearly 15,000 people die on the country’s railways every year, according to a 2012 government report.