Daily Post
Home Crime Unrepentant thief arrested for robbing a lady 5 days after he was...

Police in Lagos State Nigeria has arrested an unrepentant thief and his accomplice for robbing a lady of her handbag and phone in Lagos.

According to the Rapid Response Squad RRS of the Lagos State Police command, the suspect in a sleeveless shirt, Tunde Okunola who was arrested with his accomplice Segun Adigun had just been released from prison 5 days ago before he was caught in the act again. 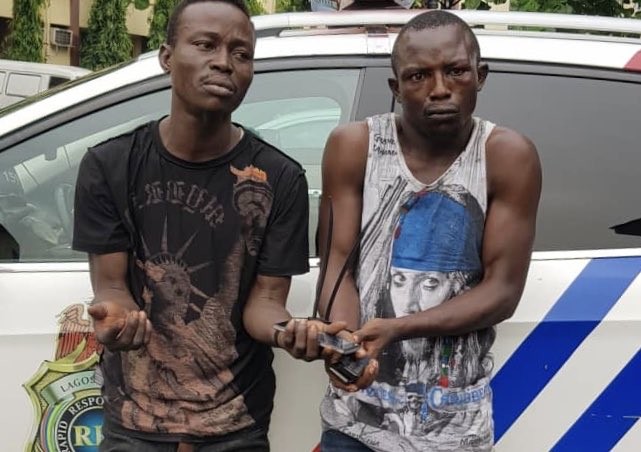 They reportedly used a motorcycle to rob their victim of her valuables, which the Police recovered together with an axe they use for the operation.

The two have been charged.