A 19-year-old boy, Sunday Owo, was on Thursday caught with fresh human parts at a healing home in Awka, Anambra State.

Owo was caught with severed genitals, a bottle of blood, and fingers of a four-year-old boy. 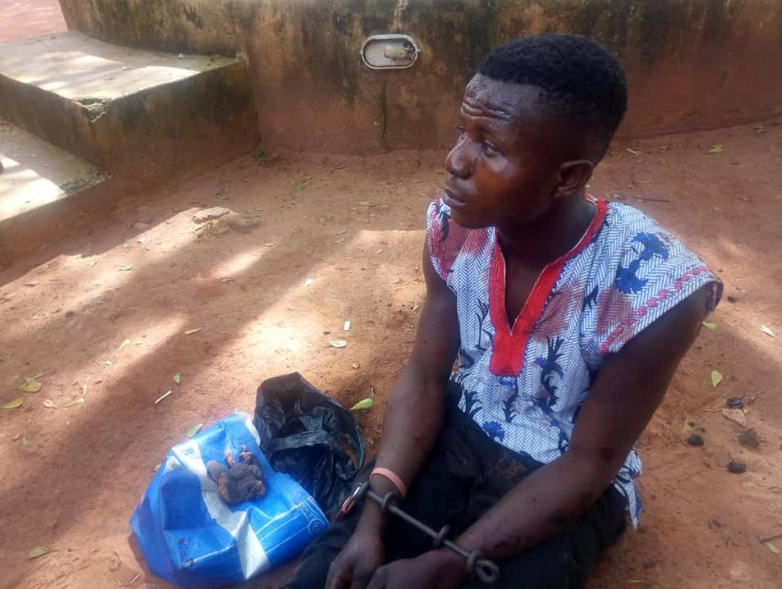 Sunday Onwebenyi from Emeziaka, Mgbo, in Ohaukwu Local Government Area of Ebonyi State, was referred to a spiritual house in Awka by one Ms Blessing Eze.

The ritualist was able to get the items but was apprehended before he could hand it over to the spiritual house. He reportedly confessed to abducting and killing a 4-year-old child, in connivance with some other suspects from the said location.

Sunday, was said to be apprehended at the instance of the Proprietor of the healing home, Mrs Ifeanyichukwu Ilonzo. He said he was asked by one Blessing to get the human parts and bring them to a natural healing home in Awka for money ritual.

Owo confessed that the victim whose parts he had was about four years and that he killed him in a stream in his town and threw the head and other parts into the stream. 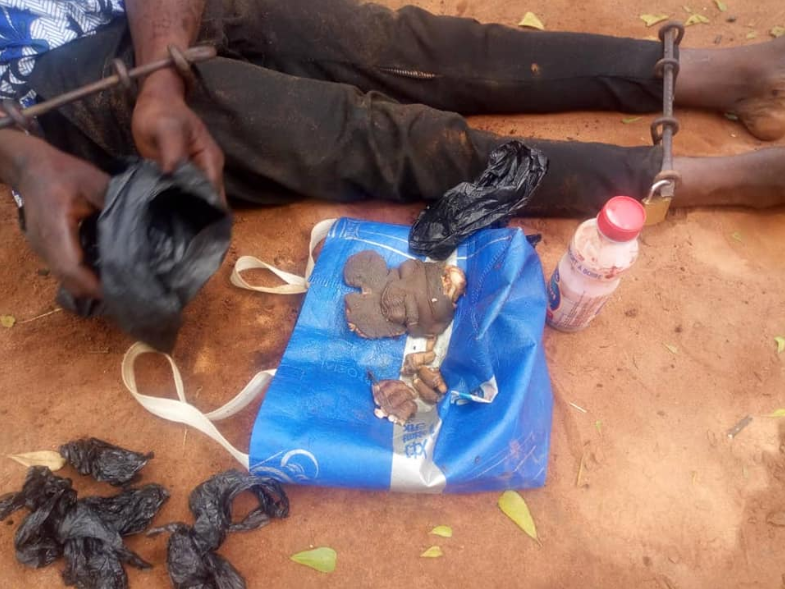 “She brought me here two days ago and said that madam instructed her to tell me to bring body parts that I will have money.

“Her name is Blessing; she is also from Ebonyi state, but she said we can’t get these parts here, so we went back to Ebonyi state where I got it and brought it here.

But, Ilonzo, owner of Centre for Psychic Healing and Administration, Awka, said that she invited the media and the police on seeing such strange thing.

“I and my staff were on ward-round after morning prayers when we saw the man with the human parts. He said he was looking for me as he had brought the items.

“When the content of the black bag was opened, l instructed my staff not to let him go and invited security agencies and the media to witness what we saw.

“One Blessing Eze had come for healing of fibroid and l gave her prescription after which she left but had not returned.

“Eze’s consultation card bears Ifite-Awka as her address. This is some of the suspected frame-ups by people who wish to undo me.

“I had witnessed such attempts in the past, including failed efforts to take my life,’’ she said.

Ilonzo urged the Police to identify the owners of the child that was murdered and the Blessing working as his accomplice, saying that human life was sacred.

The police at the scene arrested the man, and the Police Public Relations Officer of the Anambra command, Superintendent of Police Mohammed Haruna, said that investigation in the matter had commenced.