Bianca Ojukwu, wife of late Biafra leader, Dim Chukwuemeka Odumegwu Ojukwu, took to social media to share beautiful photos from their wedding on what would have been their 24th wedding anniversary.

In the beginning, the marriage between the couple faced a lot of criticisms because of age difference but that did not stop them from going ahead to marry. Bianca and the late warlord got married in 1994 and lived happily until his death in 2012.

News about their romance started in1989 when it was revealed that Bianca Odumegwu-Ojukwu was dating former Biafran president and Ikemba of Nnewi Chukwuemeka Odumegwu Ojukwu, a political associate of her father who was over thirty years older than her. Their controversial romance was a national talking point in the early 1990s, Bianca declared later in the year that the pressure of being in the public eye had become unbearable, causing her to resign as Miss Intercontinental and stated that her main concern was completing her education as a law student. Having obtained her law degree, she married the former Biafran president in a lavish wedding ceremony at Nigeria’s capital city, Abuja. 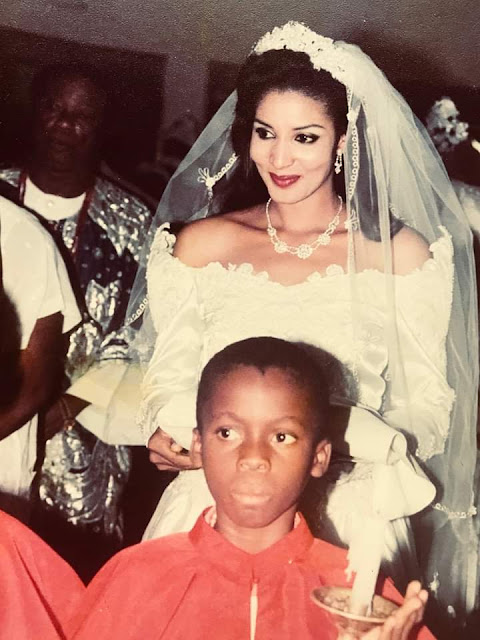 On Monday November 12, 2018, the former winner of the Most Beautiful Girl in Nigeria Pageant, and the first African to win Miss Intercontinental took to Social media to celebrate her late husband and the father of her three children in a heart-warming Facebook post. She wrote:

“ONCE UPON A TIME….MY WEDDING ANNIVERSARY
And it was indeed my fairytale. That’s me in the celestial white wedding dress carrying a bouquet made up of 24 of the most beautiful red roses I have ever seen. They were specially flown in from Jos that morning….12th November 1994.

Today would have been our 24th wedding anniversary, though we had been together since 1989. It was marriage which occurred and survived against all odds.

The wedding ceremony was nothing short of superlative and took place at Our Lady Queen Of Nigeria Catholic Church Abuja whilethe wedding reception, the very first ever to be held at the Hilton, Abuja was a compendium of who is who, and was a memorable extravaganza.

The pre Wedding Party took place at the exotic Jabi Lake resort and had Afro juju sensation Sir Shina Peters on the bandstand…we jammed all night!

So many years ago, and it feels just like yesterday…

On this special day, though you are not here to remember with me, Dim Oma, Dim Chukwuemeka Odumegwu Ojukwu, I want to say THANK YOU…

THANK YOU, my dearest, for 21 years of immeasurable happiness;
THANK YOU, Nnam Ukwu , for the priceless privilege of being your spouse, your Queen, and most of all,
THANK YOU , for being such a great father to our wonderful children.
Till we meet to part no more, May God continue to shower you with peace and joy in His paradise where All is perfect.
Happy Anniversary, My Dearest…” 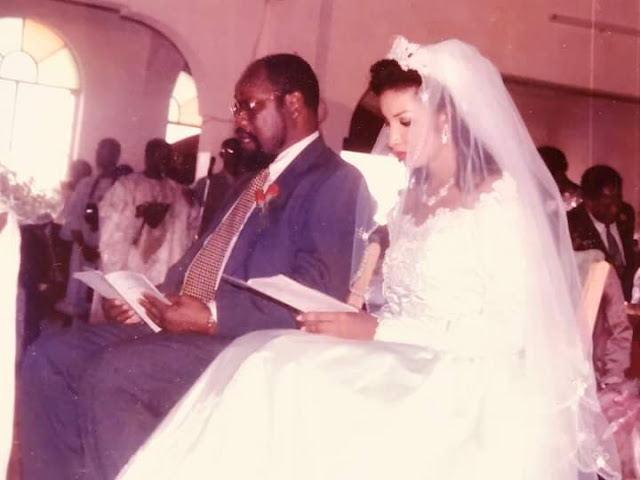 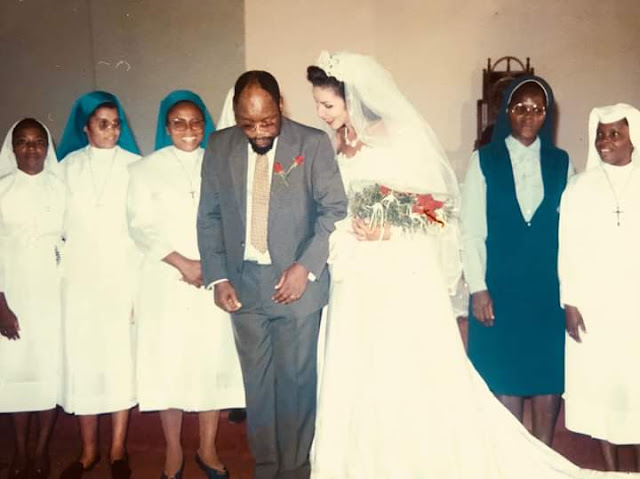 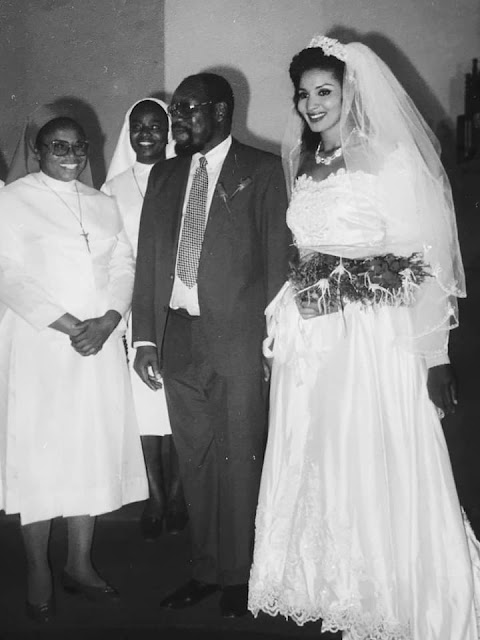 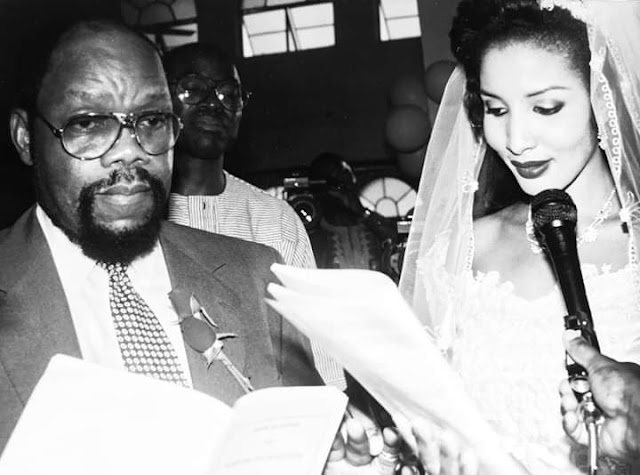 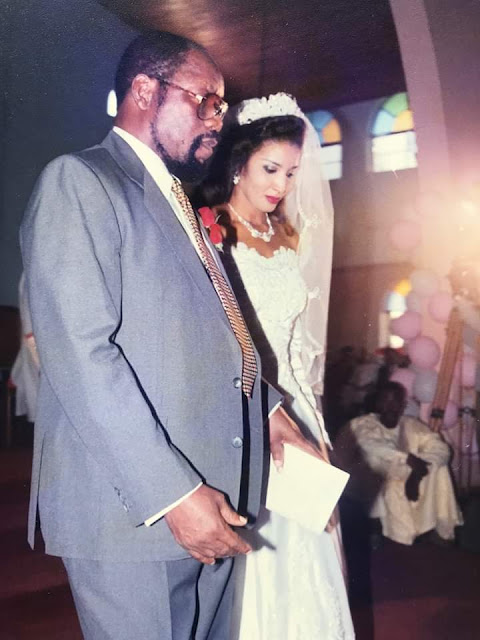 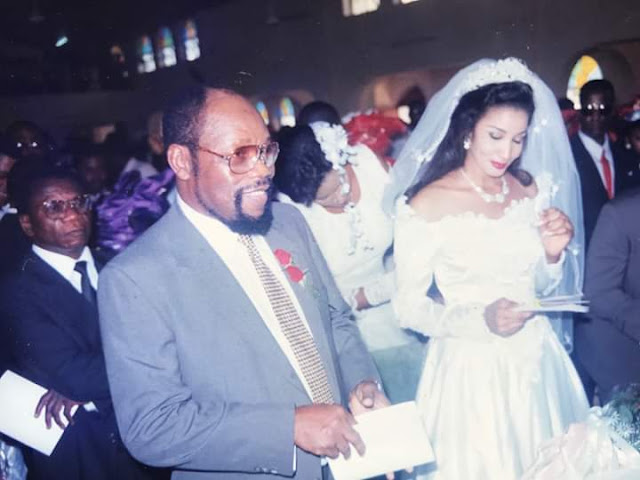 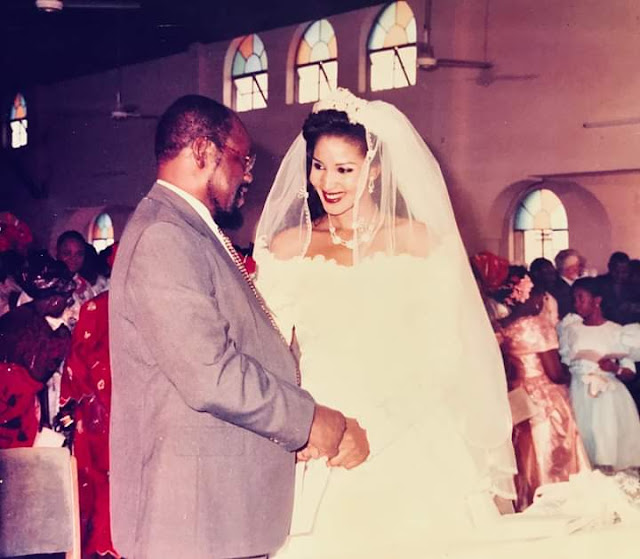 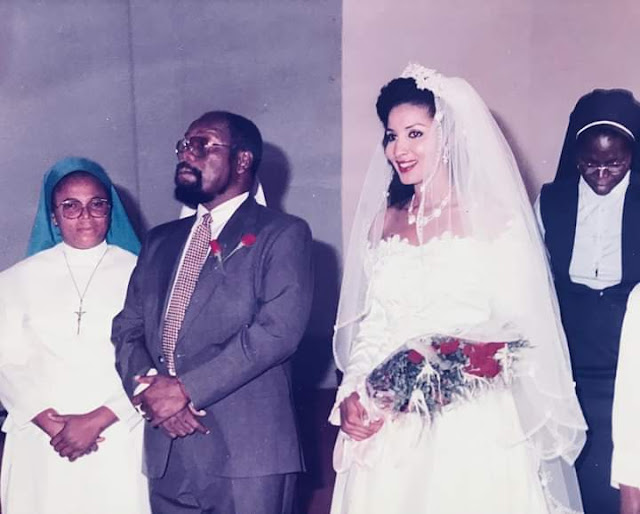 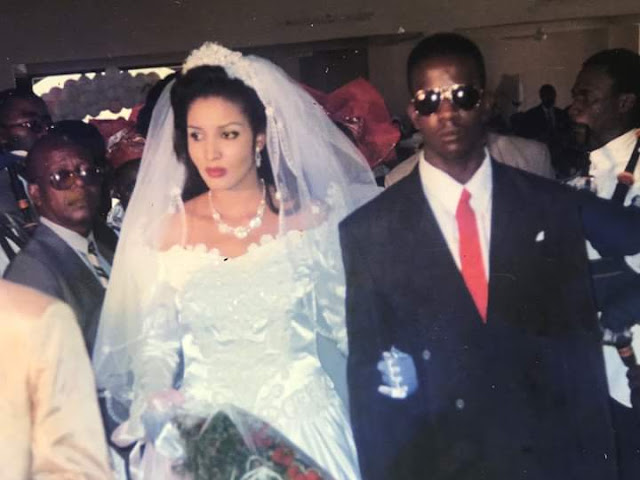 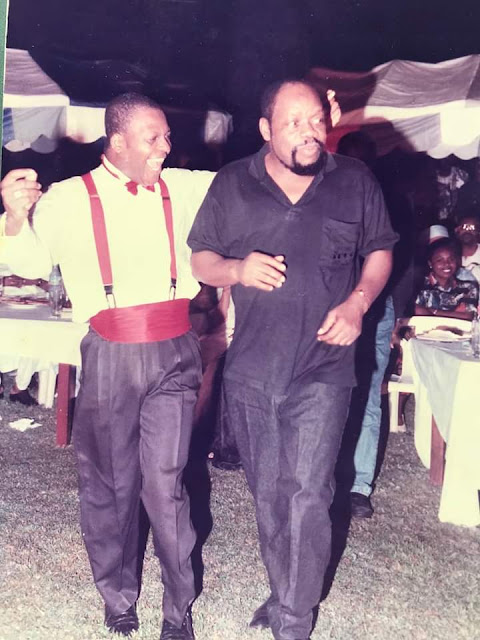 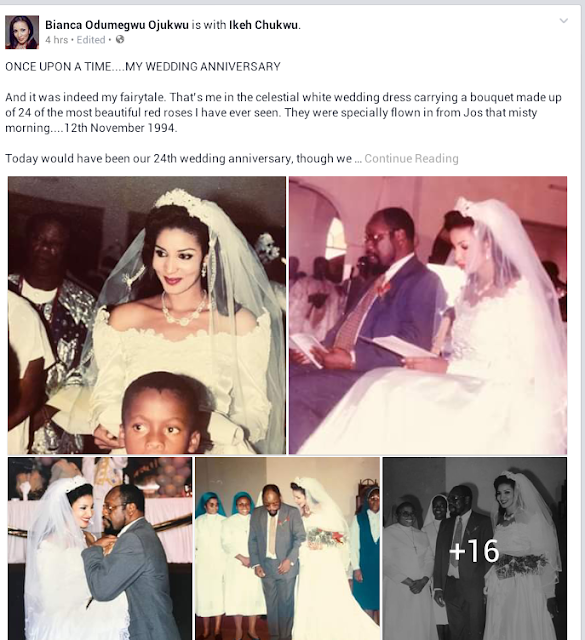