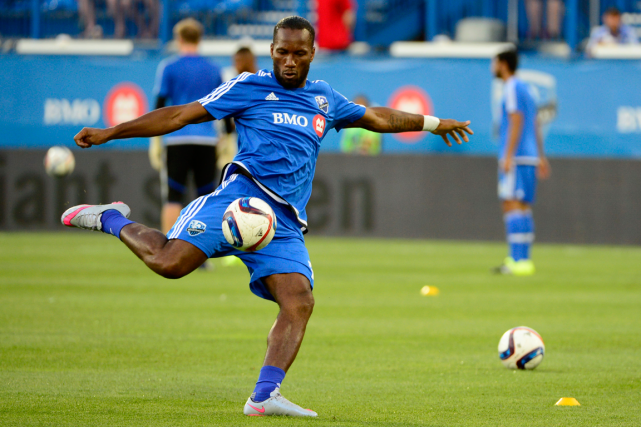 “When I think of the last 20 years of my professional career, looking at this picture can’t make me more proud of what I have achieved as a player bu most importanly how this journey has shaped me as man,” Drogba wrote on Twitter, while including a photo of him playing as a boy.

The 40-year old Ivory Coast striker had two spells at Chelsea, scoring 164 goals in 381 games, winning four Premier Leagues and the 2012 Champions League. He spent the last 18 months of his career with US side Phoenix Rising, the club he co-owns.  “After 20 years, I have decided to put an end to my playing career,” he told BBC World Service’s Sportshour.

Drogba began his career at French side Le Mans in 1998, but did not play top-tier football until he was 23 when he was signed by Guingamp in 2002.

He moved to Olympique de Marseille in 2003 and a year later was signed by Chelsea where he became the attacking focal point of the team under Jose Mourinho and helped the club win their first top flight English title in 50 years.

He went on to win three Premier League titles in his first eight years at Chelsea as well as four FA Cups and two League Cups.

His first spell in west London ended on a high as he scored the winning penalty in the Champions League final shootout against Bayern Munich having also equalised with a thumping header to force extra time.

He had spells in China and Turkey before returning to Chelsea where he won a fourth Premier League title and a third League Cup, leaving the club as their fourth highest scorer of all time.

Drogba played two seasons with MLS club Montreal Impact, leading the Canadian side to the Eastern Conference finals in 2015.

Drogba, who made than 100 appearances for the Ivory Coast and was voted African footballer of the year twice, ended his playing days with Phoenix Rising where he was a player-owner.

“It’s the best way to end, helping some young talent to develop,” Drogba told the BBC.

“To give something back to the game was the best way to finish as I have learned so much in the game.”