Two women engaged in a vicious fight over an inmate outside the prison gate. The incident happened on Sunday afternoon outside Modelo jail in Barranquilla on Colombia’s Caribbean coast. 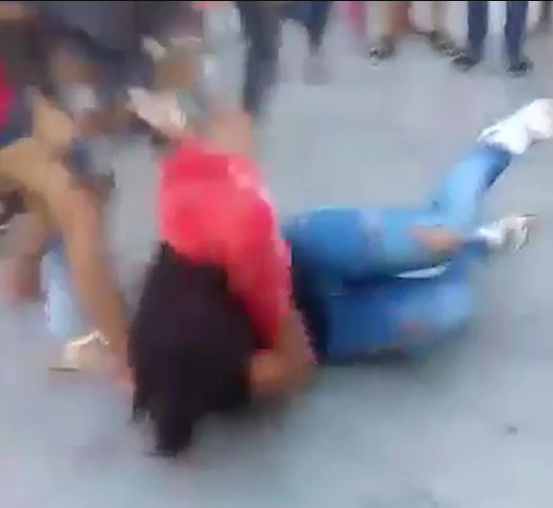 It all started after the love rivals went to visit the same man in a Colombian prison. One of the women was caught sending a love letter to the inmate partner of another female visitor during prison visiting hours and that triggered a fight.

The woman who believed she was the prisoner’s legitimate girlfriend ambushed her rival and slapped her around the face before kicking her against a taxi and pulled her hair.

At one point, it looked like a third woman in a red top and jean shorts was trying to separate the female attacker from her victim. But after pushing her away she launched into her own vicious assault.

A traffic officer could be seen trying to intervene at the end of one of the videos that ended up online.

It is not known if any arrests were made and whether the women involved needed hospital treatment.