A Nigerian man, Solomon Imhontu and his wife were on Wednesday arrested by Nigerian police in Delta state.

According to activist and leader of the Behind Bars Rights foundation, Prince Harrison Gwamnishu, Imhontu and his wife brought an eight year old girl into their home a few years ago. Sadly, for all the years she lived with them, the man turned her into a sex object by sleeping with her as often as he wanted. He allegedly impregnated her at a point and had abortions carried out on her with the help of his wife.

Solomon Imhontu was arrested today and a video of him confessing to having multiple sex with the girl was shared online.

Read Gwamnishu’s account of the story below and watch the video of the man confessing.

“We received complaint from the victim on 12th December, 2018 and we quickly submitted a petition to Delta State Police command for investigation.
Our team carried out thorough investigation on Mr. & Mrs.
Solomon Imhontu. The girl who was 8yrs old when they picked her up from Irua Edo State, has been with them as a maid and also a sex slave to Mr. Solomon.

At about 2:00am today, Mr Solomon came as usual and had sex with her.
BBI currently have Mr. Solomon Sperm to be tendered as evidence.

We have provided safety to the girl, conducted general test and taking care of all medical expenses. 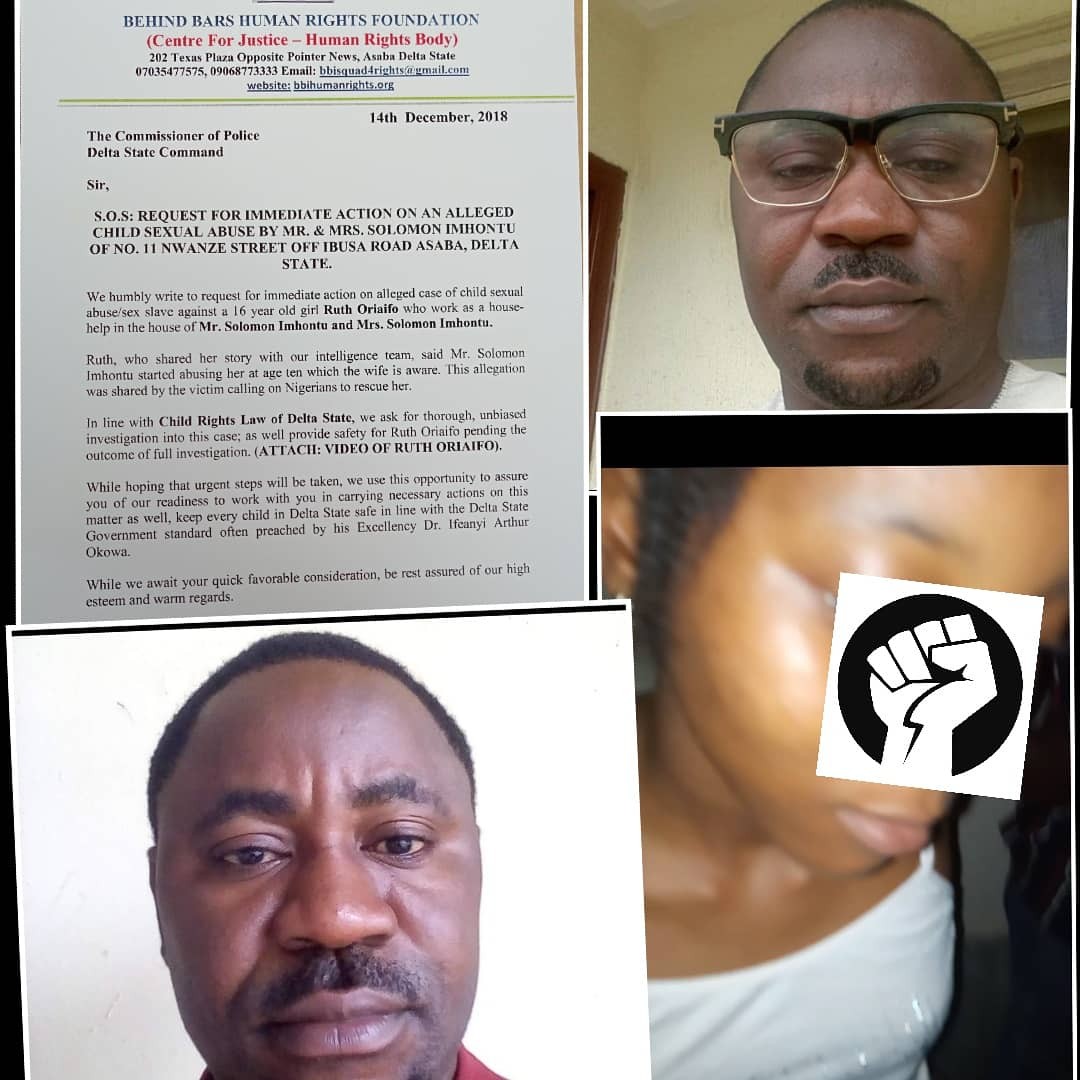 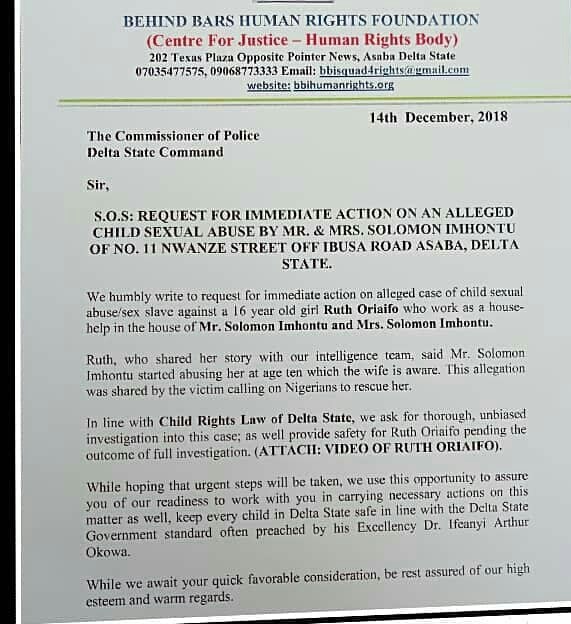 The man confesses in the video below