An Indian woman chopped off her stalker’s penis, and then rushed him to the hospital to save his life, police said Thursday. 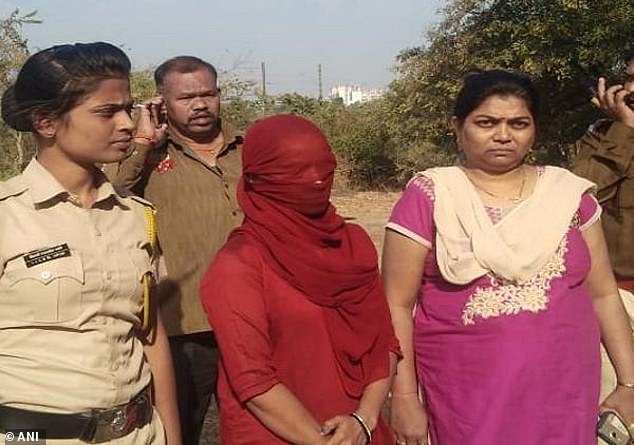 The 47-year-old woman and two male accomplices lured her creepy 27-year old neighbor to an isolated place in the suburbs of Mumbai on Tuesday before cutting off his genitals with a knife, authorities said.

“We recovered the knife and genitals and all three accused are in police custody,” Senior Inspector Gajanan Kabdule told Agence France-Presse.

A police source told the Times of India: ‘Pujare was in love with the married woman and had been pestering her for sexual favors. He had been stalking her despite his advances being rejected.’ He even told the woman’s husband he was in love with her wife, leading to a fight between the couple.

The woman decided to take matters into her own hands because “of his constant harassment,” Kabdule said.

She allegedly sought the help of two young men in her neighborhood to restrain her stalker as she hacked off his manhood.

The injured man is in stable condition and recuperating in a local hospital following life-saving surgery, authorities said.

“His family is in shock,” Kabdule said.

Authorities haven’t named any of the people involved.

In 2017, an Indian woman cut off a man’s penis after he tried to rape her at her house in the southern state of Kerala.

India has a grim record of sexual violence. On average, more than 100 rapes were reported each day in 2016, according to the most recent official figures.

Women in India struggle to secure prosecutions for sexual attacks because authorities are ambivalent, activists charge.