The video below shows the disturbing moment a Russian reality star launched a jealous attack on his girlfriend after she admitted a man ‘hugged’ her on the show.

Andrey can be seen repeatedly beating his 21-year-old lover around the head as another man desperately tried to intervene.

In the show, contestants have to build a home while trying to find a partner in the process. Couples then compete for the house itself.

The incident was filmed by hidden cameras on the TV set in the Seychelles in the Indian Ocean. 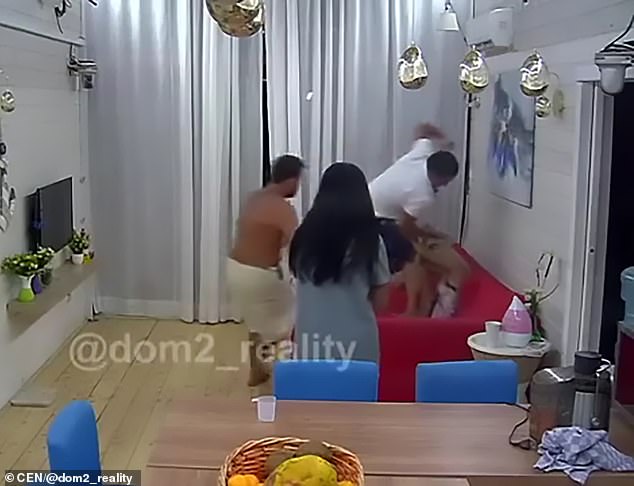 It was reported that the man identified as Valery Blumennkrants said in the clip: ‘Did those men touch you?’ His girlfriend, Raison, then replied: ‘Well, they kind of hugged me.’

The confession was what sparked the attack on the show.

The man was reportedly kicked off the show following the incident, but according to local media, his girlfriend forgave him for the abuse and left the show as well.