Daily Post
Home Europe Six dead, dozens injured during stampede at a rap concert in an...

A stampede at a rap concert early Saturday in an Italian nightclub killed five teenagers and one adult, and left dozens of people injured, authorities said. 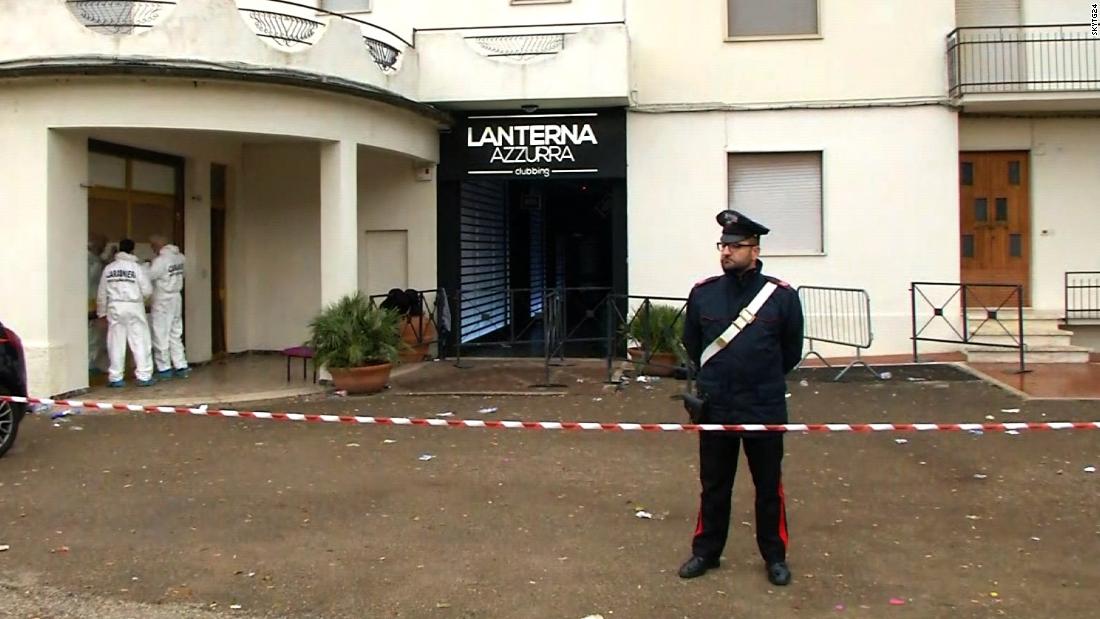 About 100 were treated for injuries after the chaos at the Lanterna Azzurra nightclub in Corinaldo, authorities said.

Hundreds had been waiting to see popular rapper Sfera Ebbasta perform when someone in the club sprayed an “irritant substance,” leading to a stampede, Italy’s civil protection agency said.

“The cause may have been the dispersal of a stinging substance, the young people fled and trampled over each other. Sadly, six people died and dozens are injured,” the fire service said in a statement on Twitter.  The victims include five people under the age of 18 three girls and two boys and an adult woman who accompanied her daughter to the concert.

Has Prostitution taken over Rome? The number of streetwalkers has surged in Rome

12 of the injured were in serious condition. Witnesses said people were crushed to death after falling from a small wall as they attempted to flee.  Around 1,000 people many of them young were in the Lanterna Azzurra (Blue Lantern) club for a performance by Italian rapper Sfera Ebbasta.

“We were dancing and waiting for the concert to start when we smelt this pungent odor. We ran to one of the emergency exits but we found it blocked, the bouncers told us to go back” a 16-year-old boy who was taken to hospital told the media.