Daily Post
Home Celebrity Kanye West is so pissed off that Drake followed his wife Kim...

The 41-year-old rapper was still upset after learning on Saturday that his fellow rapper, Drake followed his wife Kim Kardashian on Instagram back in September.

And after taking to social media platform to rant about it in now-deleted posts, the Famous singer brought the sore subject up again by tweeting: ‘Love everyone but don’t follow my f***ing wife on Instagram.’

The rapper began his Monday morning diatribe with: ‘Who’s bright idea was it to tell Drake to follow my wife on Instagram ? This person is not [Drake’s] friend. I don’t have beef with no one.’

‘Ima focus on my family And you keep my family out of all of this wrestling foolishness,’ he continued.

But Kanye added fuel to the fire by adding: ‘This man tried to used my family’s song to get at me He been trying to pick a fight since the pool line.’

‘He dodged me for months when I extended olive branches to talk and then called to threaten me,’ Kanye explained. 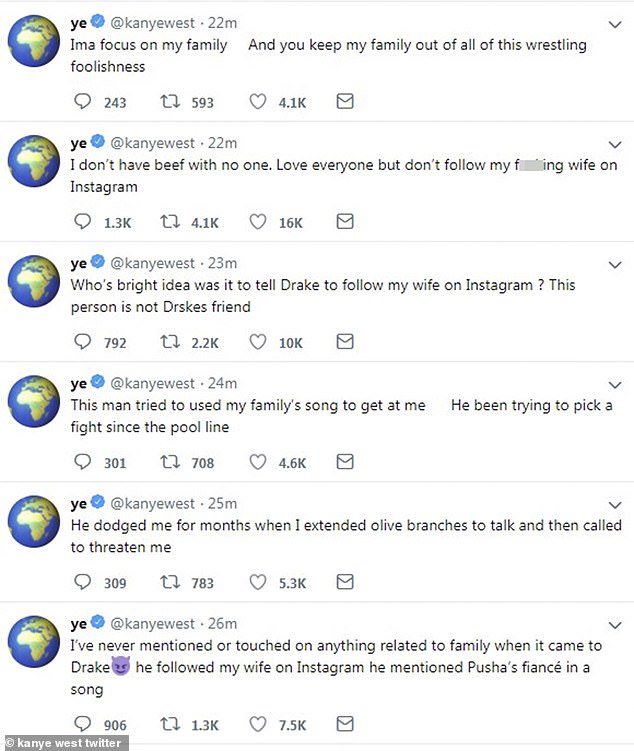 And the father of three believes ‘sorry’ is in order as he wrote: ‘This man followed my wife on Instagram I feel a public apology in order.’

Meanwhile, Ye’s rant on Saturday began when he shared a screenshot of a Life & Style article that reported Drake, 32, began following Kim on Instagram.

‘I never knew till this morning that Drake followed my wife on Instagram back in September,’ Kanye tweeted along with the screen shot. 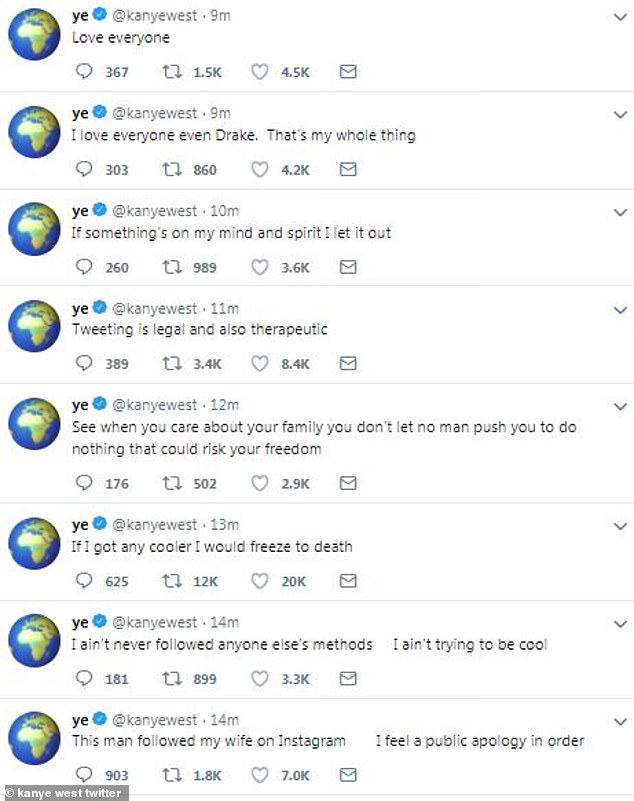 ‘I had to bring this up because it’s the most f***ed up thing of all and I just saw it this morning,’ he continued.

Kim Kardashian is currently the sixth most followed person on the social media platform with 123.5 million followers.