A new study published in Science Advances journal, has revealed that ‘people over 65 shared nearly seven times as many articles from fake news domains as the youngest age group’. 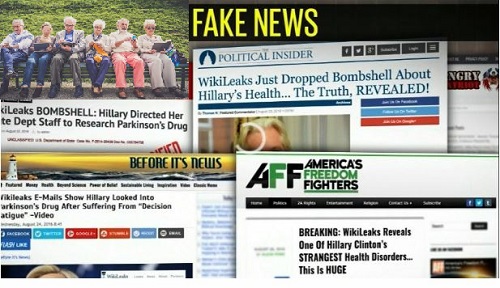 “No other demographic characteristic seems to have a consistent effect on sharing fake news, making our age finding that much more notable,” authors Andrew Guess, Jonathan Nagler and Joshua Tucker wrote.

The study relied on users’ Facebook sharing history instead of asking them to self-report that history. Using online polling firm YouGov, it asked respondents to provide access to parts of their Facebook profiles, including timeline posts and external links. Those shared links were then compared with a list of fake news domains compiled by BuzzFeed News.

The study authors additionally removed partisan and hyperpartisan domains such as Breitbart News to focus solely on sites that produced intentionally or systematically false news stories. The resulting list of fake news domains includes sites such as abcnews.com.co, The Denver Guardian, and Ending the Fed sites that wrote false stories that Pope Francis had endorsed Trump or that Hillary Clinton sold weapons to ISIS, for example.

Digital media literacy training has largely focused on teaching these skills to young people, but this study suggests older folks may be more in need of it.