As both Democrats and Republicans fail to come to a compromise over border security, 800,000 American workers have gone without a paycheck. The shutdown, already the longest ever, entered its 27th day Thursday January 17, 2019 with no promising solutions in sight.

Building a wall was one of Trump’s major campaign promises as part of efforts to curb illegal migration and crime.

He had boasted during his campaign that the Mexican government would pay for the wall.

However, with the refusal of the Mexican government to fund the wall, the President approached the US legislative, asking the bi-cameral institution to provide $5bn which would be used in funding the wall.

The Congress, however, rejected Trump’s proposal. 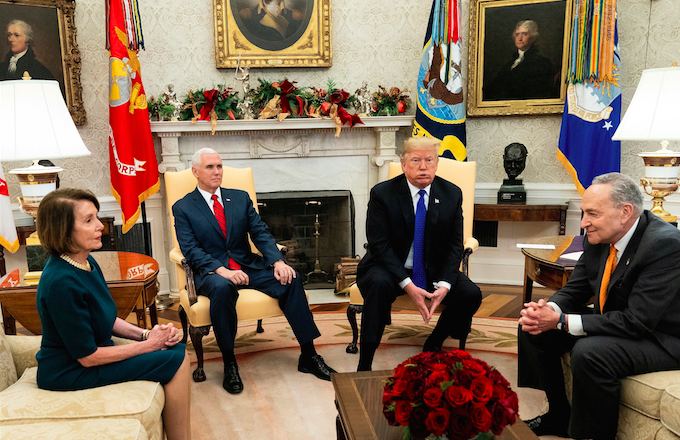 On December 11, Trump held a televised meeting with Speaker-designee, Nancy Pelosi, and Senate Minority Leader, Chuck Schumer, in which he asked them to support $5bn in funding for the border wall.