A Nigerian woman, Vivian Queenstine Diora took to Facebook two days ago to raise alarm about a child marriage that supposedly took place in Ozubulu, Anambra State, between a man said to be 56-year-old Izuchukwu Igwilo of the popular Igwilo family of Anambra State to a 16-year-old girl.

According to Diora, Igwilo suffers from mental illness and the girl was basically gifted to Igwilo because of his family’s wealth. Diora also claims Igwilo is an alcoholic.

“This man in the picture carrying this girl on his leg is by name Izuchukwu Igwilo from the well-known very rich Igwilo family in Ozubulu Anambra State. The man himself “Izuchukwu” is mentally unbalance.

“He is suffering from demented brain. He is not normal and at the same time he is a drunkard, and he will be at least 56 years old. Now his family wants to marry a wife for him and they got this small girl for him. A 16 years old girl, This girl is from a very poor family… POVERTY IS A VERY BIG BASTARD…

“The family of this small girl did not waste time to hand over their daughter to Izu’s family just because the Igwilo family are very rich. This girl is underage for Heaven sake. This is completely evil. Yes a big evil because Izu will not be the one to be servicing this girl because he cannot do anything. This girl will turn to a sex slave to that family and the community (Everybody will just be collecting their own share). Devil shame on you.

“I know that they brainwashed this girls family that the girl will take care of Izu’s large share of land’s and other properties, but that will not make them to destroy this little girls future. Ndi Ozubulu come and defend ur (your) self.”

Asides the obvious highlights of pedophilia and child marriage, and how the people seen in the pictures were obviously snapping pictures out of an ignorance of how wrong their actions are, Diora’s concerns were not for the girl’s age, but for how Igwilo wouldn’t be able to ‘service’ her. We have a problem.”

Watch some of the traditional marriage videos below: 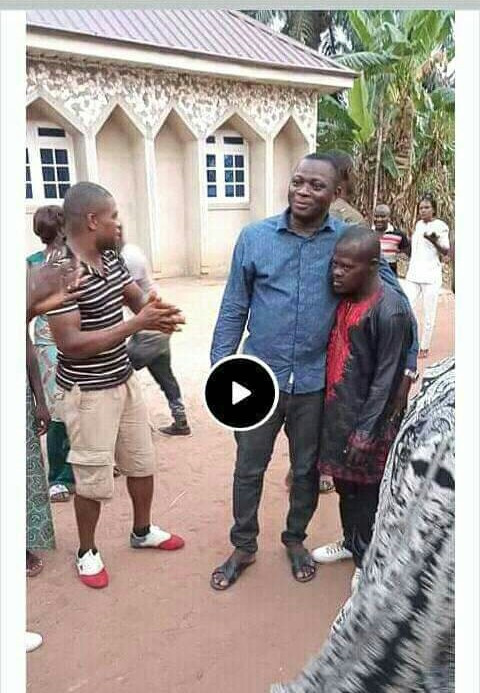 There is an update to this story. Read through this link