Sacked Manchester United coach, Jose Mourinho was spotted last weekend on a rare outing with his wife Matilde after his ‘secret friendship’ with a blonde lady was revealed back in December. 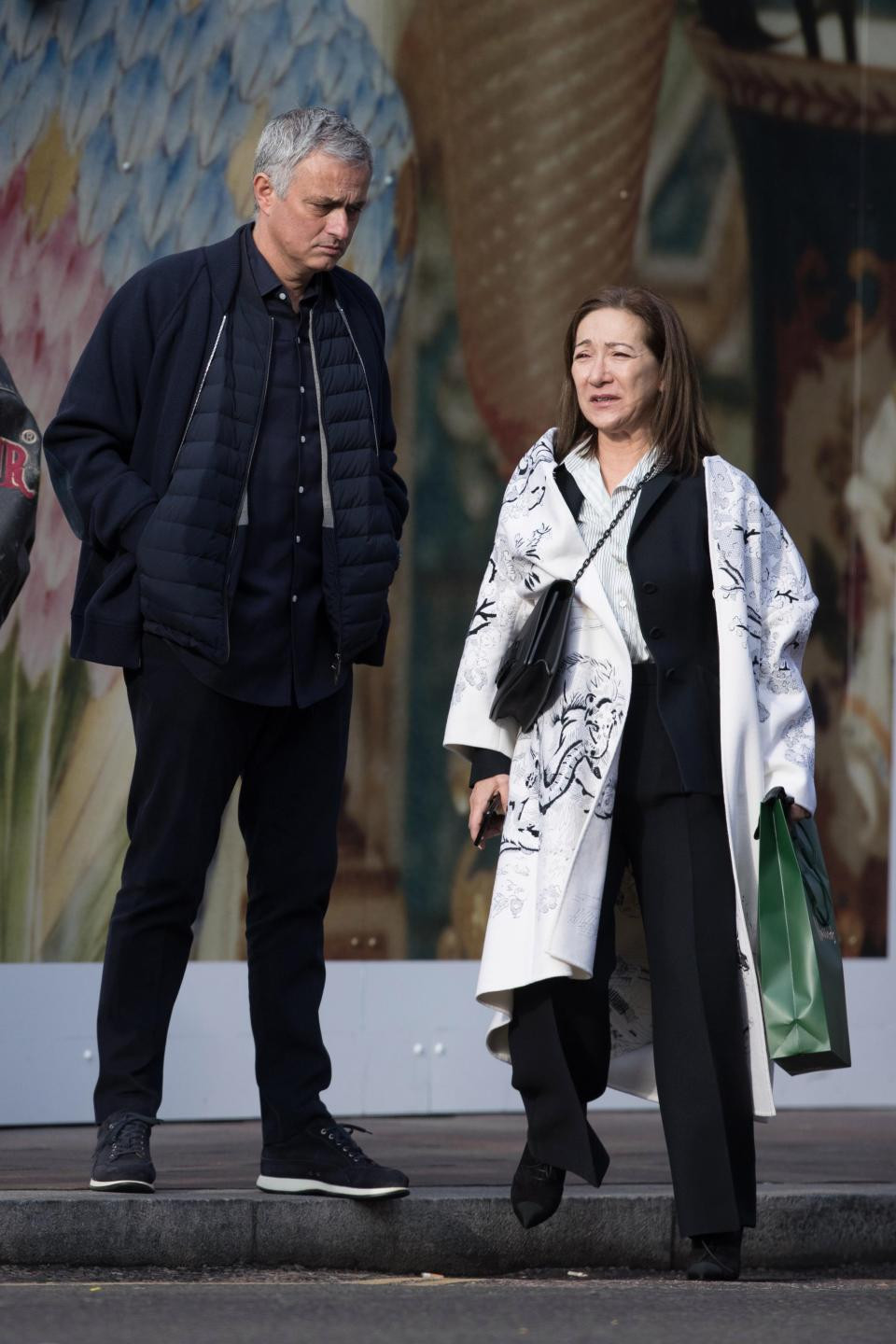 The 56-year-old Portuguese coach and his 54-year-old partner were on Sunday pictured at posh Harry’s Dolce Vita in Knightsbridge, West London where they met some friends.

It was the first time the couple who share two children together was seen together after The Sun revealed Jose’s ‘secret friendship’ with Prue Carter-Robinson, 41, in December. 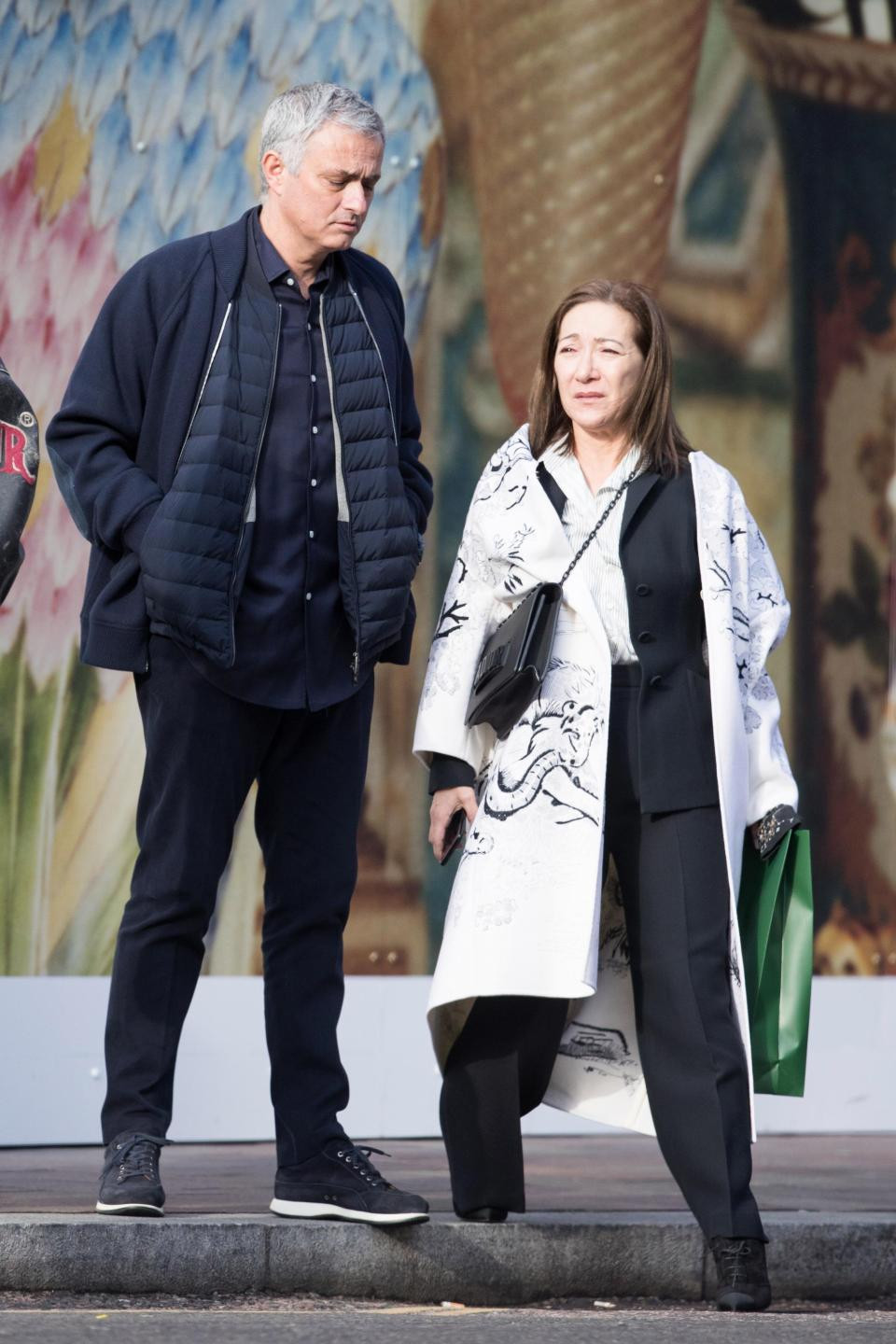 At that time, it was revealed that Jose and Prue went on holidays together while he was still married to Matilde. 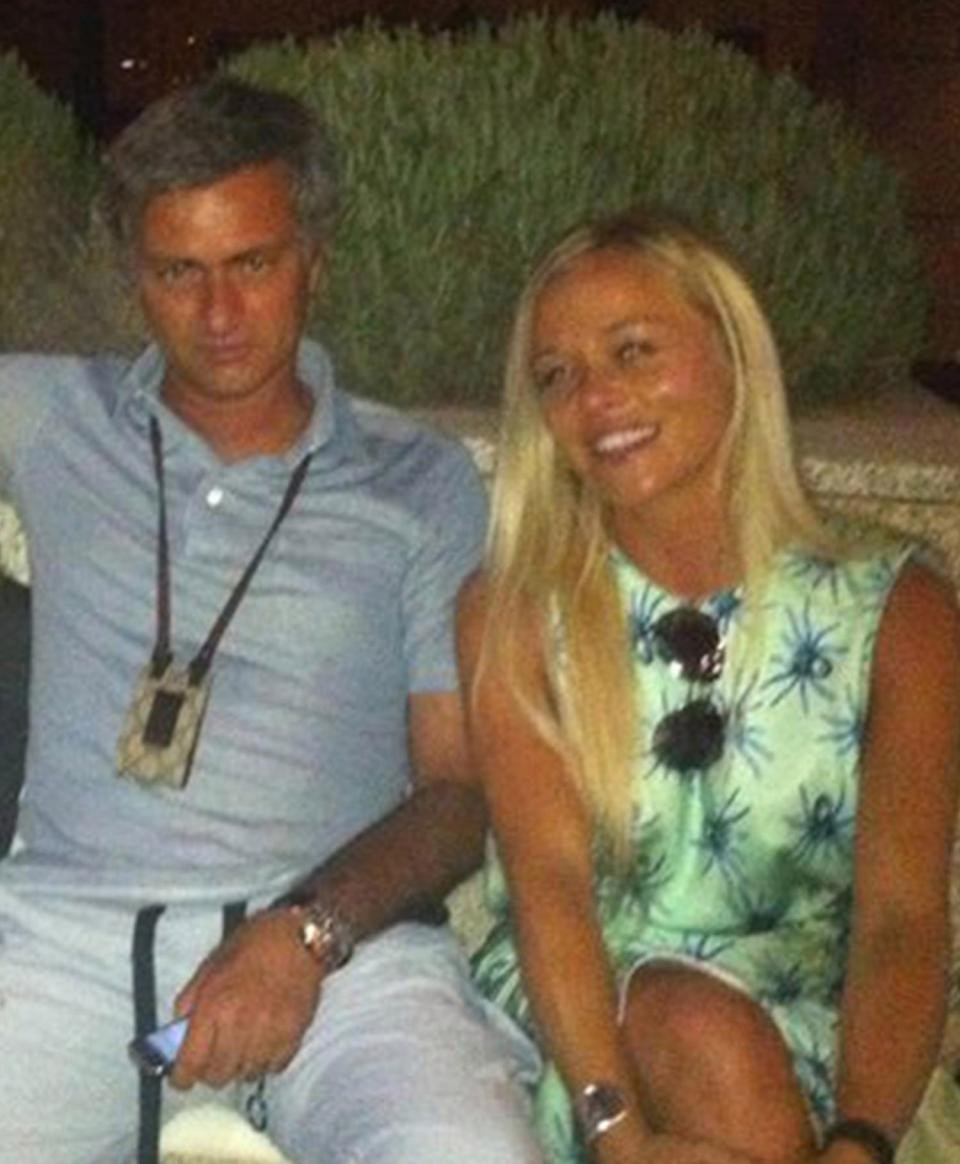