Daily Post
Home Around the world Man hangs 8-month pregnant wife because she refused to abort baby when...

A Pakistani man has reportedly killed his pregnant wife by hanging because she refused to obey his decision to abort their baby when they discovered it was a girl. The incident happened in Faisal Town, Lahore, Pakistan.

Mian Faisal Shahzad, a lawyer by profession, married Masmaat three years ago and they have a son. Masmaat became pregnant again and was expecting a girl.

After finding out the baby Masmaat was carrying was a girl, Faisal wanted her to abort it but she objected, according to report. Masmaat’s refusal resulted in constant arguments and fights between the couple.

One night, Faisal became drunk and killed the wife by hanging her on a ceiling fan.

The Faisal Town police responded to the crime scene and arrested Faisal while the body of the victim was taken to the Jinnah Hospital.

An investigation has been launched. 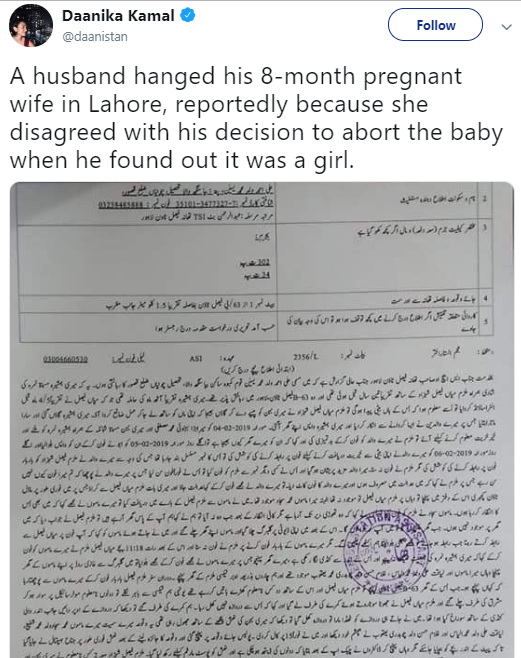 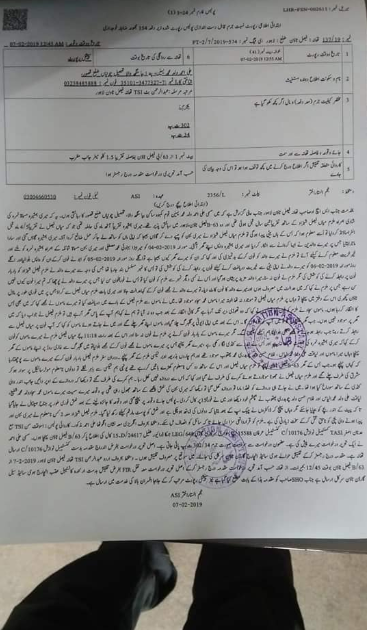