Daily Post
Home Crime Nigerian migrant commits suicide in Italy by jumping under a train after...

A Nigerian man, Prince Jerry, 25, committed suicide on January 28 2019,  by jumping under a train in Tortona, Genoa, Italy after his request for a residency permit for humanitarian reasons was rejected, Monsignor Giacomo Martino, the head of association Migrants, said on Thursday.

Martino, who is in charge of the association that helps migrants in the port-city, made the announcement in a chat group with his parishioners.

The message was subsequently shared on social media Wednesday night and published by local newspapers on Thursday.

Some of Jerry’s friends took to Facebook to mourn him. Read some of their posts below. 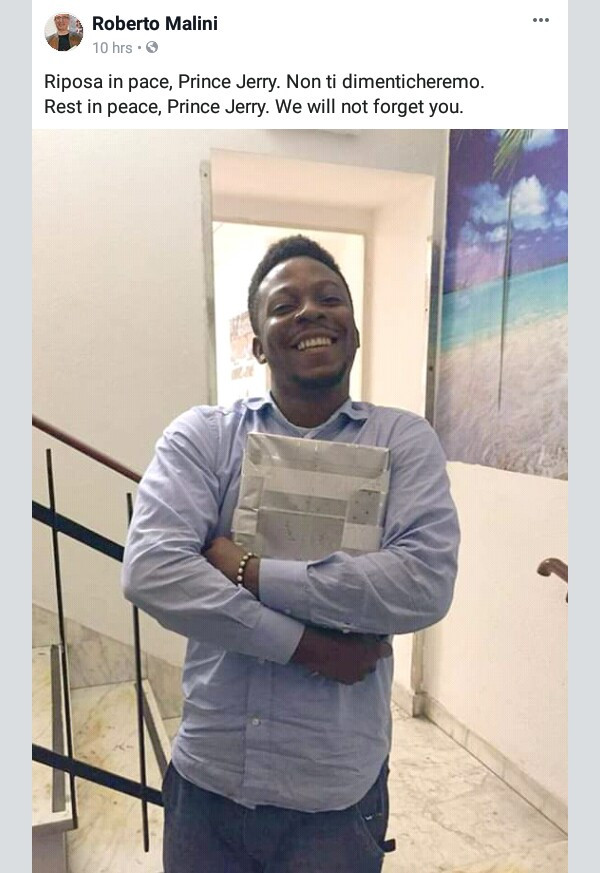 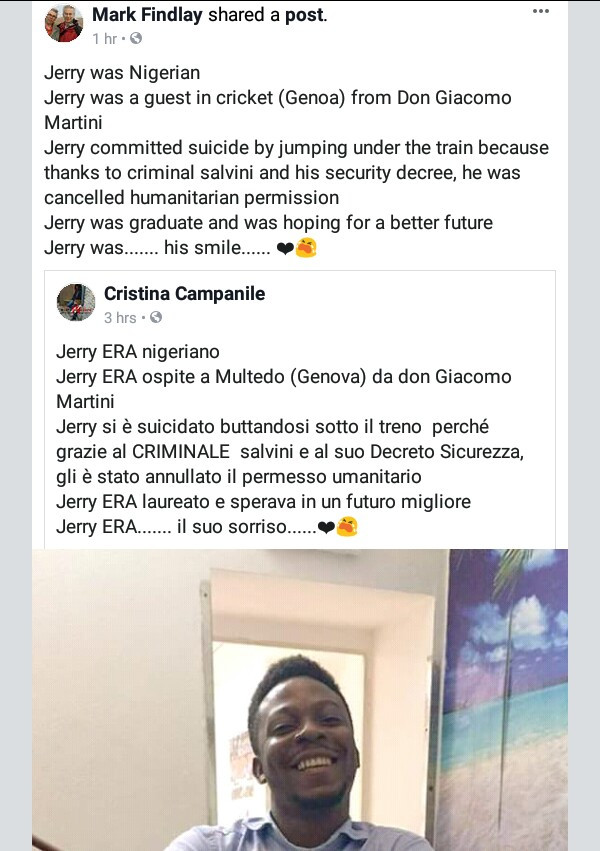