Share to friends
A South African based pastor, William Emeka, accused of raping four women in Bronkhorstspruit, east of Pretoria, fears for his life, his attorney Omoregie Ogboro said today. 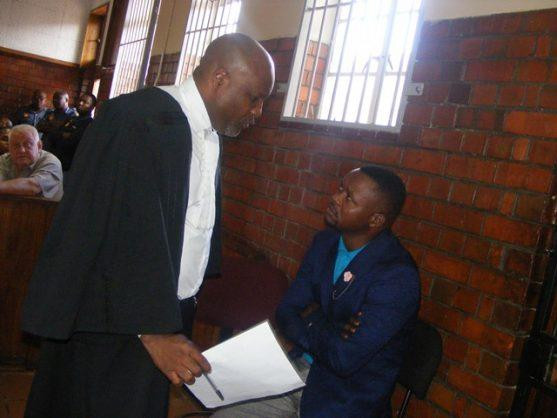 Speaking to African News Agency (ANA) shortly after Emeka made another brief appearance in the Bronkhorstspruit Magistrate’s Court, Ogboro said Emeka abandoned his bail bid on December 5 last year because he feared being attacked by some members of the public.
“There was a lot of tension and his church was burnt,” said Ogboro.
The 43-year-old Emeka, said to be a Democratic Republic of Congo national, was arrested in November last year and his church was burnt by unknown people near Bronkhorstspruit in the same month. He faces four charges of rape and two of sexual assault.
Allegations are that Emeka asked four female congregants to take off their clothes before he smeared them with anointing oil and then raped them.
On December 5 last year, police saved a Nigerian man from a crowd of people who wanted to attack and throw him out of the same court after he had said he was in court to support Emeka. The man was whisked out of the courtroom by police who then drove him off the premises.
Ogboro condemned what he described as the attack on foreign nationals by members of the public in relation to Emeka’s case.
He appealed to members of the public to give the judicial process a chance, adding that his client would re-apply for bail at a later stage if he felt safe.
“It’s very wrong to attack foreigners,” said Ogboro.
“But the situation was better in court today. I saw signs of maturity among the people. We are looking forward to a speedy investigation into this case so that we can go to trial.”
The matter was postponed to March 5 so that Emeka’s residential address could be verified.