A viral video has emerged online showing the moment a female teacher and a student had an altercation that turned into a heavy fight.

It is not yet clear what caused the fight but the teacher can be heard telling the crowd just before the fight started:

“Do you see this? I’m going to press charges” 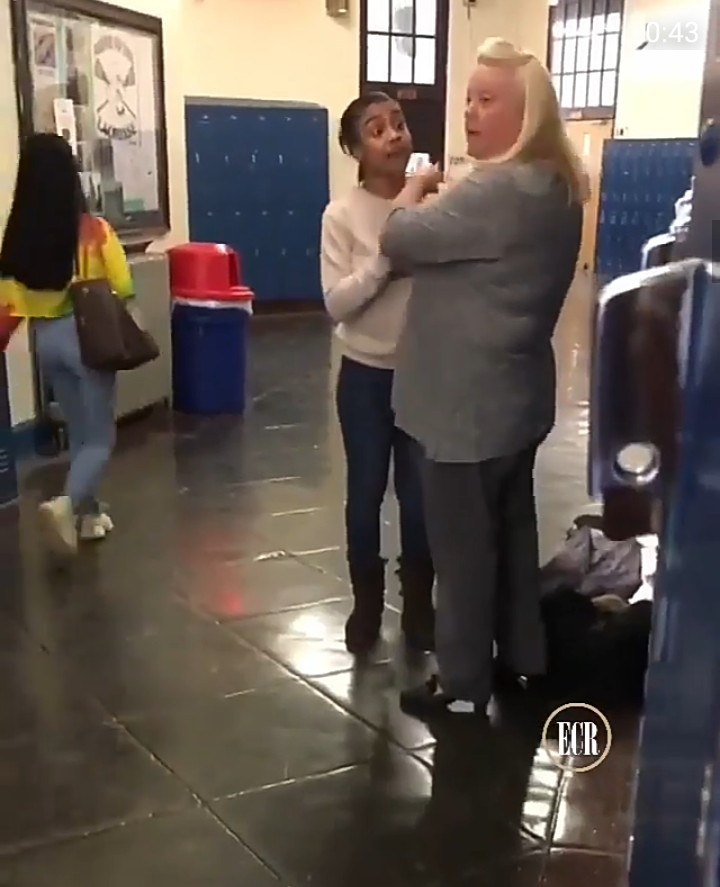 They continued exchanging words until it turned physical and they began throwing punches.

Students rushed to stop the fight but were unsuccessful.

The student said to the teacher at one point:

The girl bit the teacher’s hand and spat in her face.

Some have blamed the teacher for bringing herself so low to fight a student. But some have said that students have become so disrespectful, thereby making it hard for teachers to ignore them.