Fifty people were on Friday killed and twenty others seriously injured in horrifying shooting at two mosques in the southern New Zealand city of Christchurch.  New Zealand’s prime minister, Jacinda Ardern, described it as a terrorist attack, calling it one of the darkest days in the country’s history.

Four people – three men and one woman have been arrested in connection with the deadly shootings. One of them was a 28-year-old man. He has been charged with murder and will appear in court Saturday morning local time.

New Zealand Police Commissioner Mike Bush said police are still investigating the involvement of two others arrested on possession of firearms and one woman.

Prime Minister of Australia, Scott Morrison said one of those arrested is Australian. He said the shooting was the work of an “extremist right-wing, violent terrorist.”

At the time of this report, Police said they do not believe there are any other suspects, but investigations are still open.

“To target Muslims as they were attending their place of worship is despicable. And our thoughts and prayers are with the people of New Zealand, with the families and friends of those who have died in these attacks and with all those who have been injured. The UK stands ready to support New Zealand however we can.

Through terror attacks that have taken place on UK soil we know only too well the pain that such horrifying attacks can cause. As New Zealand has stood by us so we stand shoulder to shoulder with them, and with Muslims in New Zealand, here in the UK and around the world.

There can be no place in our societies for the vile ideology that drives and incites hatred and fear. Together we will defeat those who seek to destroy our values, our way of life and seek to divide us.” 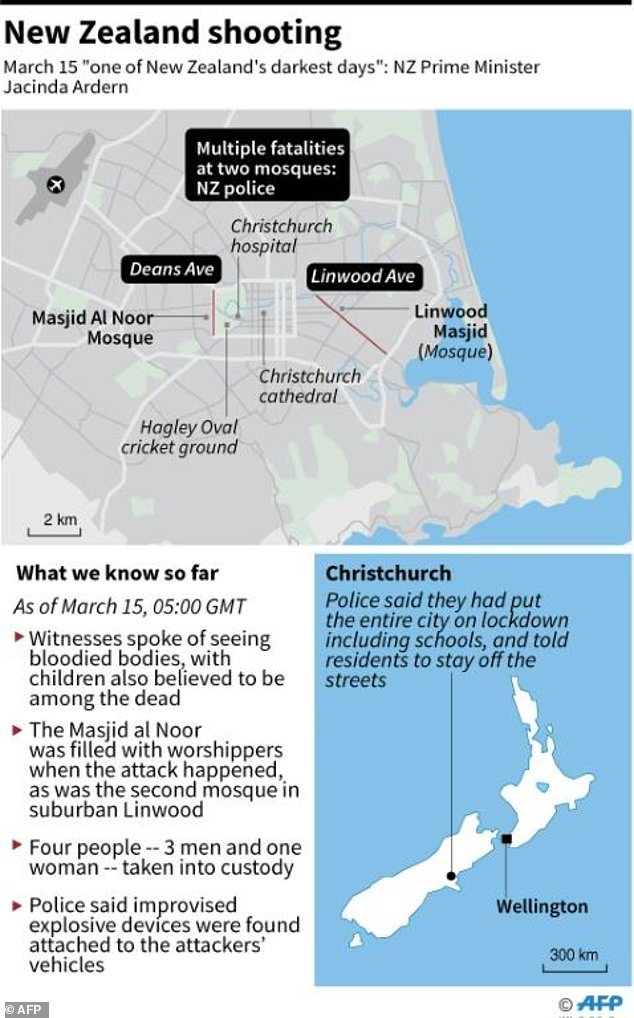