British Prime Minister, Theresa May Wednesday told Conservative lawmakers that she would step down as the leader of the United Kingdom if Parliament approves her proposal for UK to pull out of the European Union, allowing a successor to take the lead on future negotiations with the European Union. 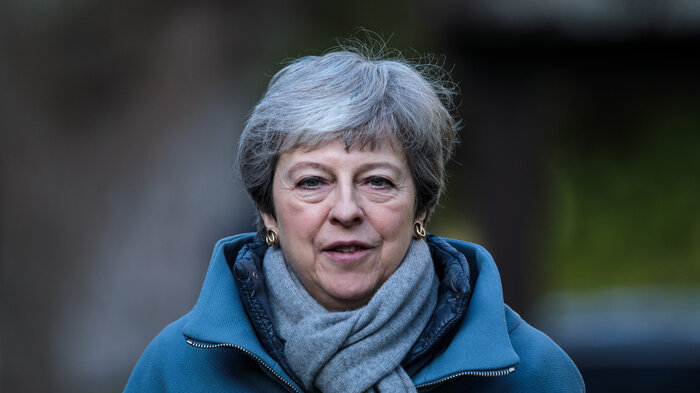 “I am prepared to leave this job earlier than I intended in order to do what is right for our party and country,” she said at a meeting of a powerful lobby of Conservative lawmakers known as the “1922 Committee,” according to James Cartlidge who was present at the meeting.

Another lawmaker who attended the meeting, Simon Hart, said, “she made clear that providing the withdrawal agreement is passed she would start the process of an orderly handover.”

May has been so unpopular and has lost so much authority within her party that her proposal to step down, if her plan is approved, was greeted with relief by Tory lawmakers.

Many Conservatives have been deeply frustrated with Theresa May’s leadership style and believe a new leader is needed to lead the next phase of talks with Brussels.

May’s sudden overture to her fellow Conservatives came just as Parliament tried to sideline her and come up with its own plan for Brexit, as the process of leaving the bloc is known.

But according to reports, when lawmakers held a series of nonbinding votes on Wednesday night on eight different options for Britain’s future relationship with the European Union, none of the options secured a majority.