A female school employee resident in New Haven has been forced to resign at Hamden Public Schools after a video in which she was seen yelling racial slurs and spitting on two African Americans at a grocery store in Connecticut was shared on Facebook. The incident happened on Friday March 15. 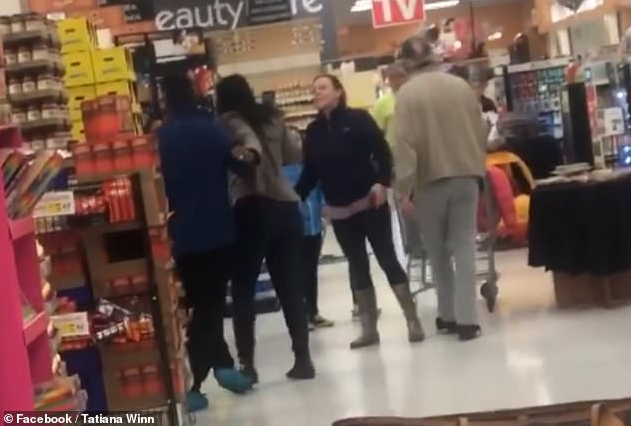 Corinne Terrone of who worked as a clerk in the district’s central office, is no longer an employee of the Hamden Public Schools, according to a statement from the school district which was released on Saturday.

In the video filmed at a Shop Rite location in East Haven, Terrone is heard yelling the n-word three times after which she spits at an African American man and woman twice. 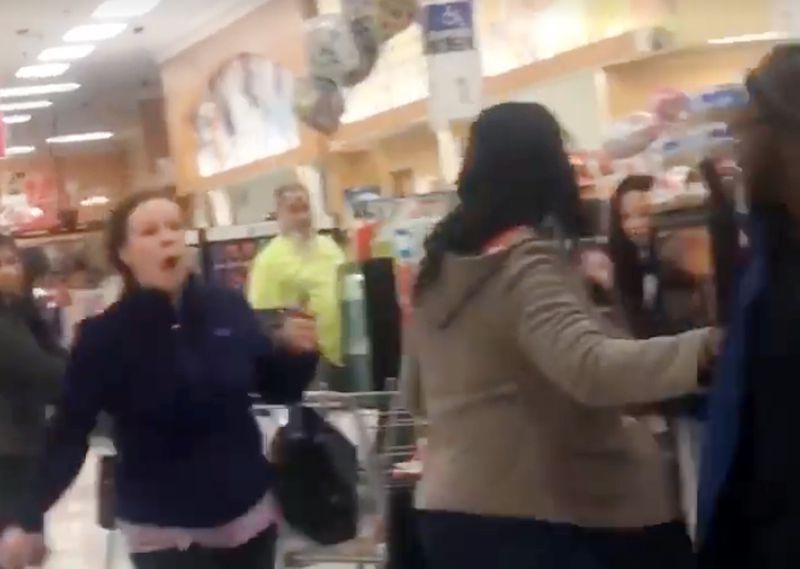 After Terrone first utters the racial slur, the man looks as if he steps toward her, prompting her to respond: “Put your hands on me, come on!”

At a point, Terrone begins recording the two after using the N-word but the phone was slapped out of her hands to the ground.

After the video went viral, people who know Terrone were all in shock by it. Terrone’s next-door neighbor, a black man, told the New Haven Register that he was surprised to see her in the video. The neighbor said that his grandchildren often play with her children and that he had never witnessed any racist behavior from her in the past.

Terrone has been an “excellent” neighbor, the man said. They have been living next to each other for eight years.

“She’s always been the sweetest woman in the world,” the man said.

Police were seen at Terrone’s home a day after the incident, but there was nobody inside. Authorities say no criminal complaint has been filed.

“We have become aware of video footage that appears to show an employee in our district engaged in abhorrent conduct.

Specifically, the video appears to show the employee repeatedly calling an African-American man the N-word in a supermarket in East Haven. 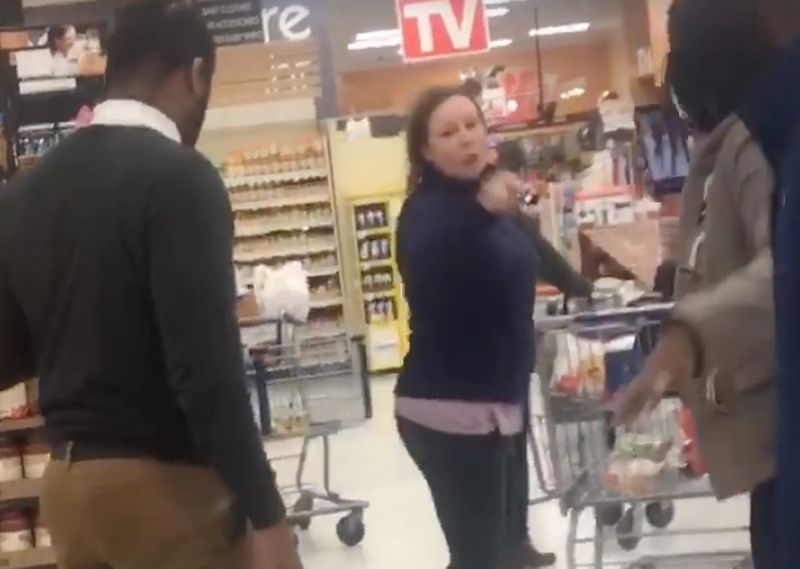 The video also appears to show the Hamden employee spitting at the aforementioned African-American male as he was walking away from the employee.

It also appears that the employee’s children witnessed her conduct.

Because her children were present, school administrators filed a DCF report.”

‘DCF’ means Department of Children and Families. A DCF report is filed whenever there is reason to suspect child abuse.

Watch the video below.