Video shows the moment a panicked leopard attacked residents in Indian village of Lamba in Jalanhar, Punjab. At least four people were injured over a period of more than seven hours as officials tried to catch the animal and tranquilize it. 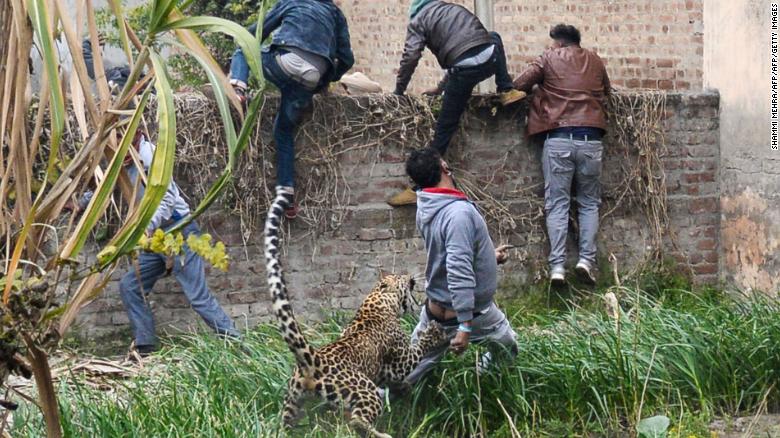 “We shot it with three tranquilizers but it worked only after the third one was fired,” said Singh. “When they (leopards) are very aggressive, the medicine does not affect them.”

Forest department officials stalked the leopard through the village and trapped it in a house. Several hours later, a veterinary team arrived from a nearby zoo and took the leopard with them. 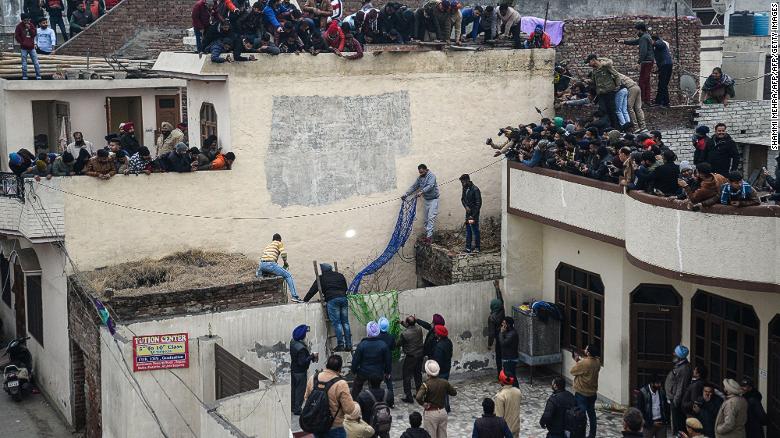 Deforestation and the encroachment of human habitations have resulted in increased contact between people and animals in rural India.

In 2011, the government issued guidelines on managing human-leopard contact, noting that leopards are a highly adaptable species and capable of living in close proximity to urbanized areas.

“Incidences of leopards ‘straying’ into settlements causing human causalities, and the retaliatory killing of leopards by the public have been on the rise,” said the report’s authors, though they did not provide a specific number.