Thirteen people were killed on Thursday evening and sixteen others injured after a South African Pentecostal church in Dlangubo collapsed during worship. 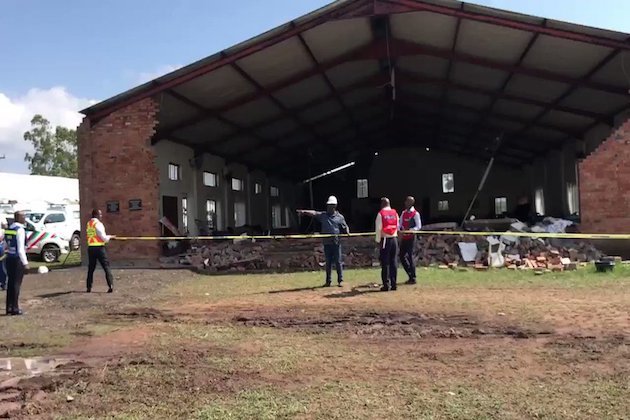 Most of the victims were said to be women sleeping in the church.

An investigation is still underway to know the cause of the collapse but an emergency spokesman, Robert McKenzie, told local media that heavy rainfall may have been the cause. He said sixteen people were also injured.

Local official Lennox Mabaso told said that the church is “a solid structure”.

“It is an act of nature. It is an act of God. Not even a president could have been able to save this particular situation. It was a heavy storm that affected this area.” He said.

Dlangubo is a small town near South Africa’s eastern shore, about a 3-hour drive south of Swaziland.