A video emerged online showing the moment Power actor, Omari Hardwick kissed Beyoncé near lips not once, but twice in front of her husband Jay-Z.

It happened during the 50th NAACP Image Awards on Saturday night at the Dolby Theatre in Hollywood, CA. Beyoncé’s husband, Jay-Z was seen just feet away during the encounter.

In the video, Omari Hardwick embraced the “Baby boy” singer Beyoncé, who received the Entertainer of the Year award. He kissed her on the right cheek and gave her a hug. He kissed her again a second time near her lips.

The encounter has attracted so many reactions from internet users many of whom believe the actor invaded Beyoncé’s personal space, calling his second kiss “unnecessary [and] uncomfortable”.

See reactions below from fans 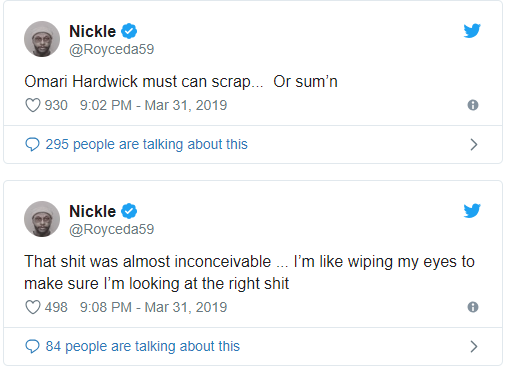 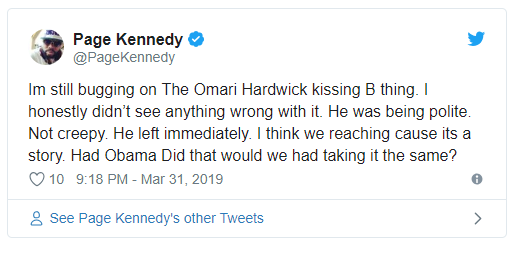 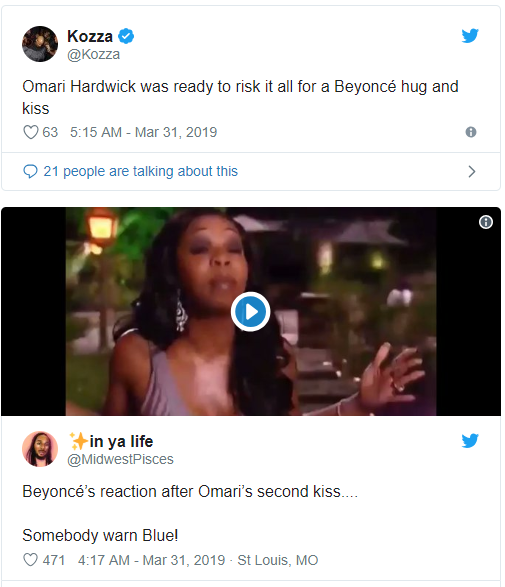 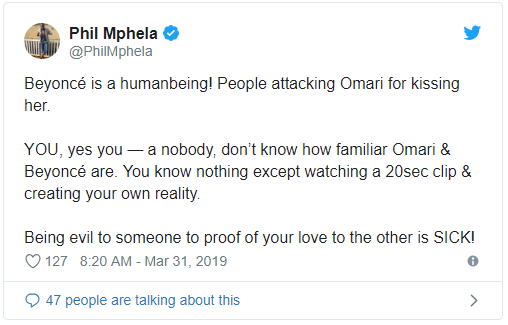 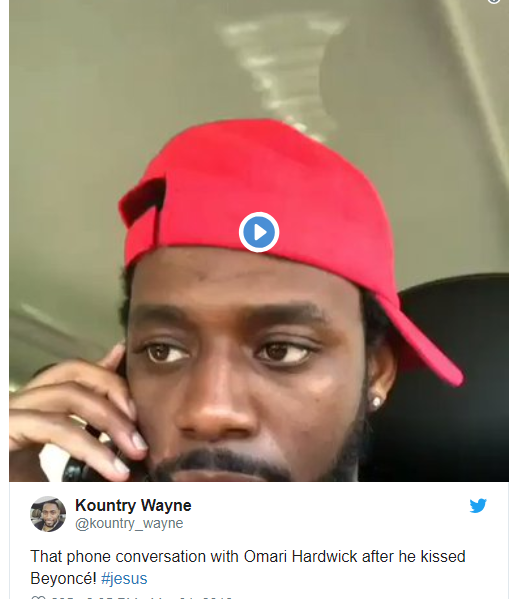 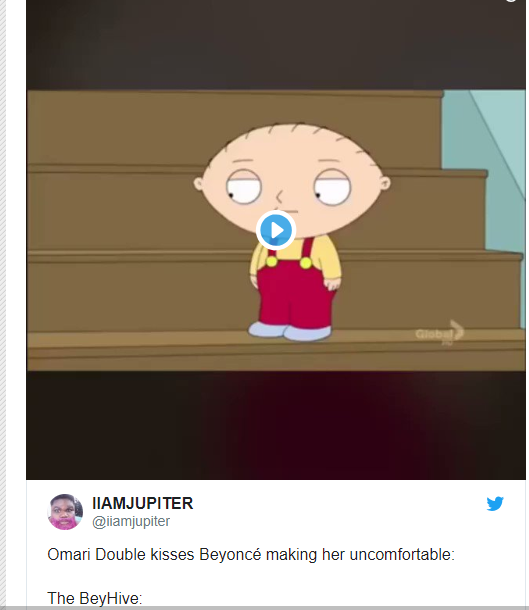 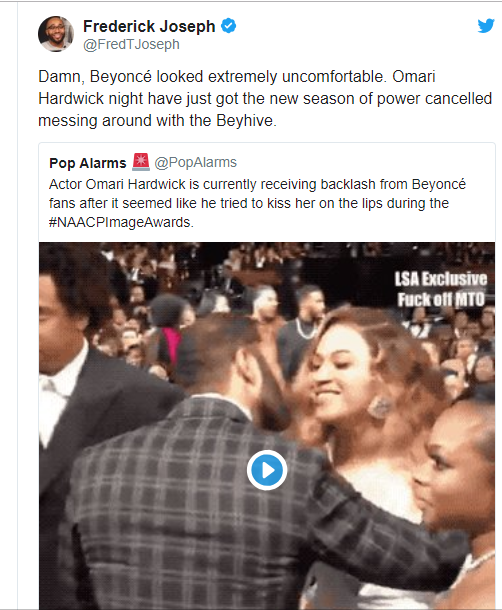 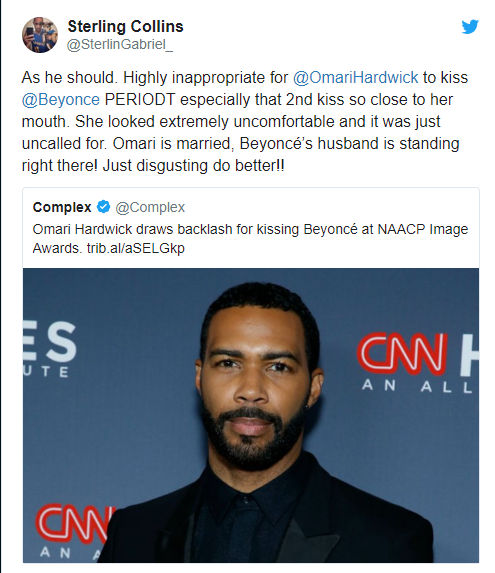 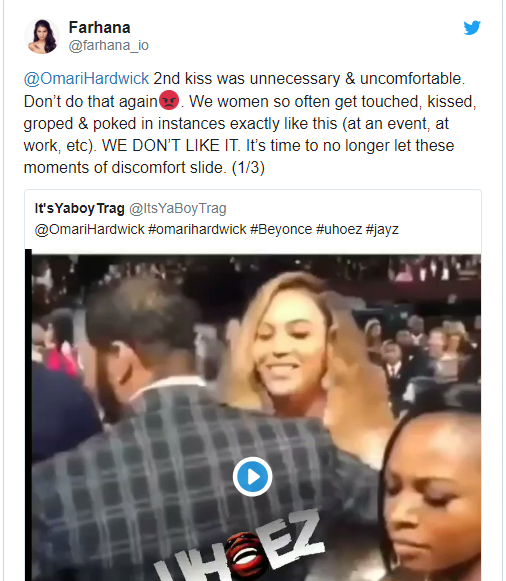 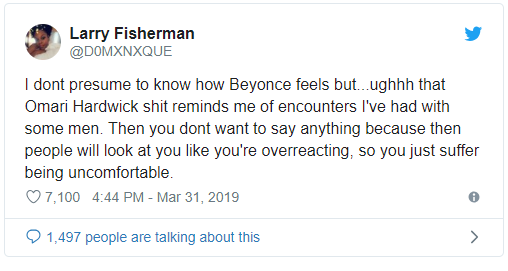 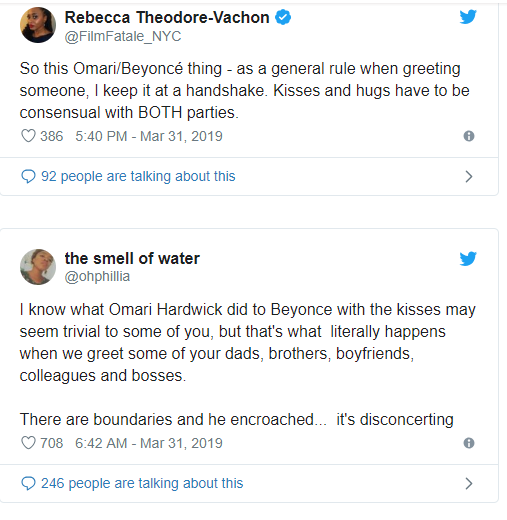 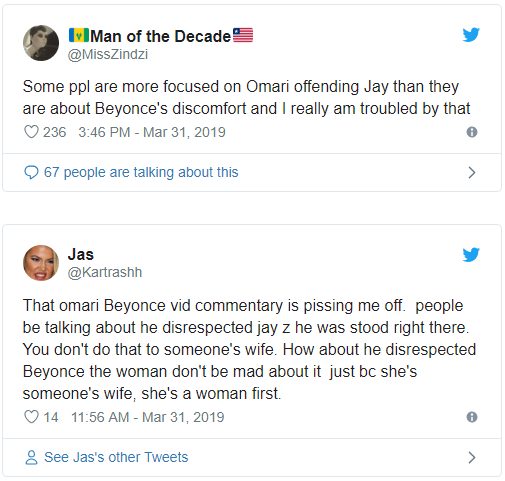 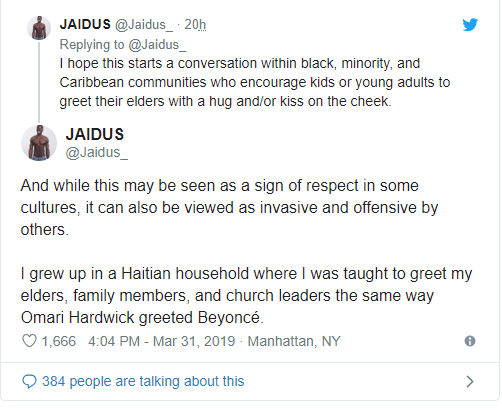