A video emerged online showing the leader of the Indigenous People of Biafra, (IPOB), Nnamdi Kanu in bed with a woman believed to be his wife, Uchechi Kanu.

In the video which has since gone viral,  the two were seen half-naked in bed and the Biafran leader can be heard bragging about his sexual prowess.

At one point, Nnamdi Kanu had to explain why he takes it easy on her when they make love together.

The Federal Government of Nigeria through Justice Binta Nyako had on Thursday, March 28, 2019 issued arrest order against Kanu after the court determined that he flouted his bail conditions.

In 2015, Kanu was arrested by the Department of State Security (DSS) and charged with treasonable felony, inciting violence and hate speech, among others, for his secessionist activities. 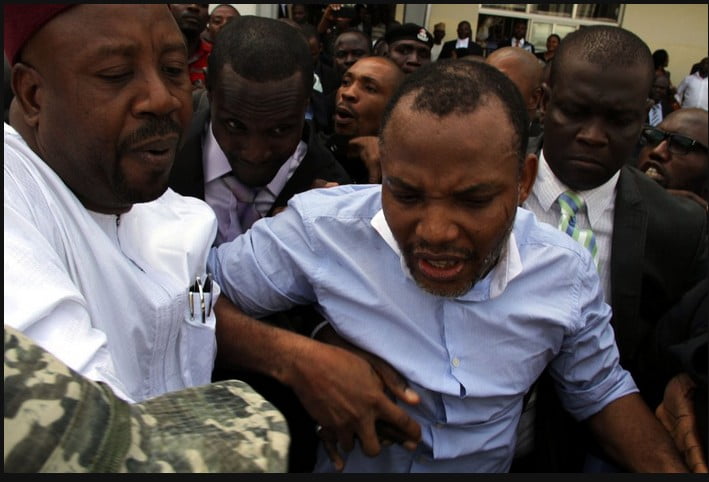 Thereafter, he spent two years in custody until he was granted bail on health grounds in April 2017. 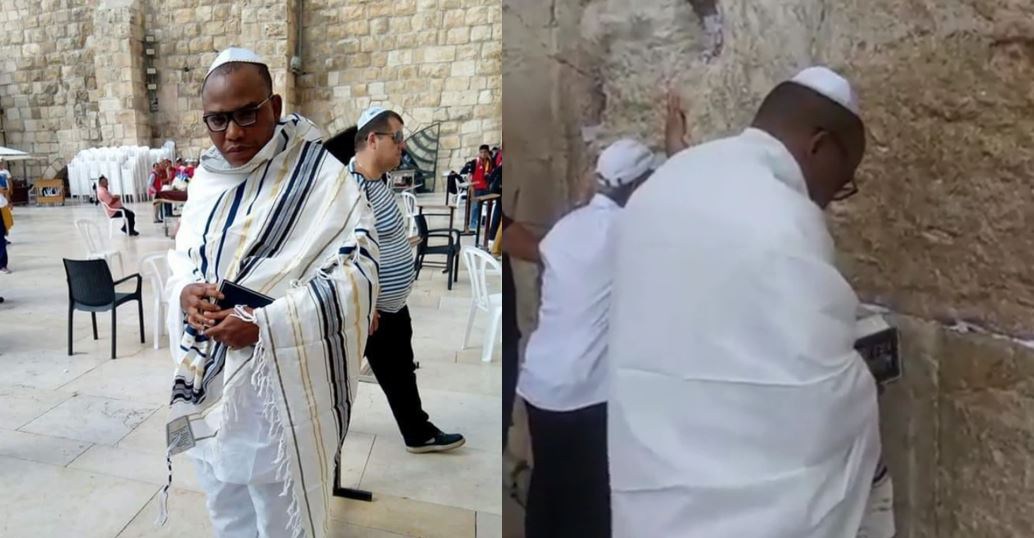 In his statement about the arrest order against him by the Nigerian government, Kanu said any attempt to enforce the order will provoke him to activate a ‘legal assault against Nigeria’, arguing that the charges against him are trumped up.

In a statement obtained by Punch, he said, “I am a Biafran that holds a British citizenship. Nigerian law courts and their judges are of no consequence to me. I am not a Nigerian citizen; therefore, your bail revocation is completely meaningless to me. My devotion to the absolute and puritanical pursuit of the total restoration of the sovereignty of the Republic of Biafra is unwavering.

“My lawyers are waiting for an Interpol red notice against my name and all hell will break loose. If the intention of Binta Nyako is to curtail my travels, thereby limiting IPOB diplomatic offensive, then let me assure Biafrans that our enemies have failed.

“Should they request Interpol intervention in this matter, I will give my lawyers here in the UK the instructions we need to launch a no-holds-barred legal assault against Nigeria.

“So, I am waiting for them. Europe and Interpol are not a bunch of wild beasts like Nigerian law courts and her security services. In Europe there is rule of law which is also binding on Interpol.

“The treasonable felony charge they levelled against me is not a crime that could be committed by merely carrying Biafran flag about and preaching secession, but one that could only be committed using guns, bombs and other weapons, which my group has never been associated with.

“I warn the Federal Government not to dare me because I’m capable of causing trouble for Nigeria.”