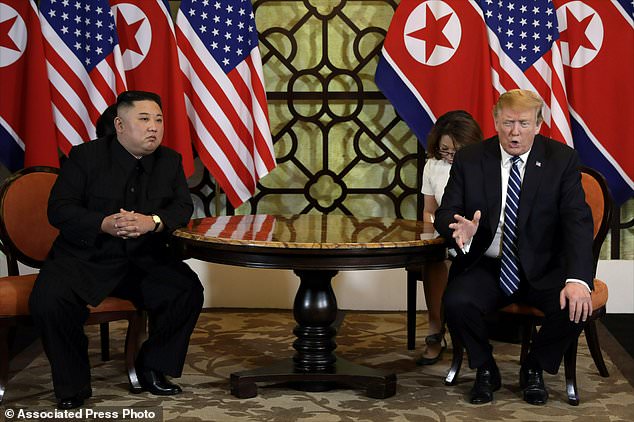 North Korean leader, Kim Jong-un, had met with U.S President Donald Trump during a two-day summit commonly called the Hanoi Summit. The Hanoi Summit which was held at the Metropole Hotel in Hanoi, Vietnam, on February 27–28, 2019, was the second meeting between North Korean leader, Kim Jong-un and U.S President Donald Trump. The meeting reportedly ended without an agreement. The first meeting between the two leaders was in Singapore in June 2018.

It is not clear why they fired the short-range missiles but neighboring country, South Korea has called on its communist neighbor to “stop acts that escalate military tension on the Korean Peninsula”.

According to South Korea’s Joint Chiefs of Staff, the short-range missiles were fired from the Hodo peninsula in the east of the country. It was North Korea’s first missile launch since Pyongyang tested an intercontinental ballistic missile in November 2017 that generated worldwide condemnation.

“We are aware of North Korea’s actions tonight. We will continue to monitor as necessary”  said White House spokeswoman Sarah Sanders.