Maryland police have released a sketch of the suspect in the killing of Ghanaian actor’s wife in a Greenbelt, Maryland, parking lot May 10.

Chris Atoh’s wife, Bettie Jenifer was assassinated in front of about 10 witnesses as she walked from her office.

Police said the gunman chased her down in the parking lot, shot her in front of witnesses and ran off.

Maryland police released the sketch below of the suspect on Friday. They haven’t named the suspect yet or motive behind the killing. 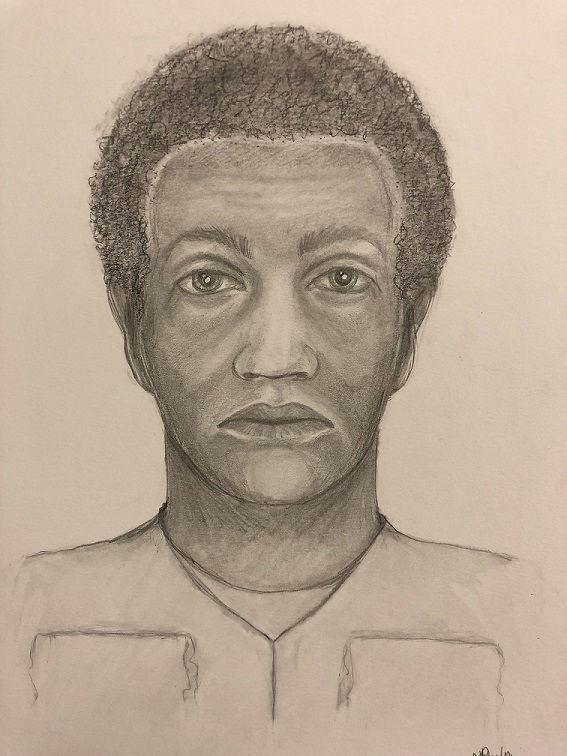 Bettie Jenifer, 44,  married popular Ghanaian actor Chris Attoh in October 2018. According to report, she was still in the process of divorcing her first husband – Kedrick Jenifer, a convicted drug dealer serving a 20-year sentence in federal prison. Bettie was reportedly still living in the drug dealer’s house in Bowie during her marriage to Chris Atoh, and before her assassination.

“Our investigators do not believe this was random,” police department spokesman George Mathews told The Associated Press at the time. “It was very brazen – it happened in broad daylight in front of multiple witnesses.”

Police also released video and photos of the murder scene. See below

Heroic Action in the face of death: woman confronted by man as she left her Greenbelt office @5pm. He pointed gun at her. Instead of running back inside & endangering co-workers, she ran for her life AWAY from bldg. Sadly, she did not make it ⁦@nbcwashington⁩ pic.twitter.com/YCKDn3f4MT