In a landmark decision, lawmakers in Taiwan on Friday approved a bill legalizing same-sex marriage. The self-ruled Island now becomes the first country in Asia to make gay marriage legal. 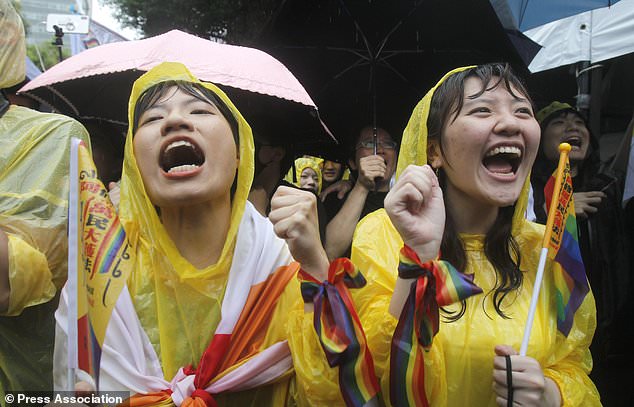 Two years ago, the island’s Constitutional Court had ruled that their existing law; which say marriage should be between a man and a woman was unconstitutional. Parliament was thereafter given two years to amend the constitution or enact new laws.

On Friday May 17 which was just a week off the two-year deadline, lawmakers in Taiwan passed the bill legalizing same-sex marriage. The bill goes into effect May 24, 2019.

As soon as it was announced, thousands of people in Taiwan took to street in jubilation despite the heavy rain.

Although Taiwan has the largest number of gay people in Asia, the issue of marriage equality has divided Taiwanese society. 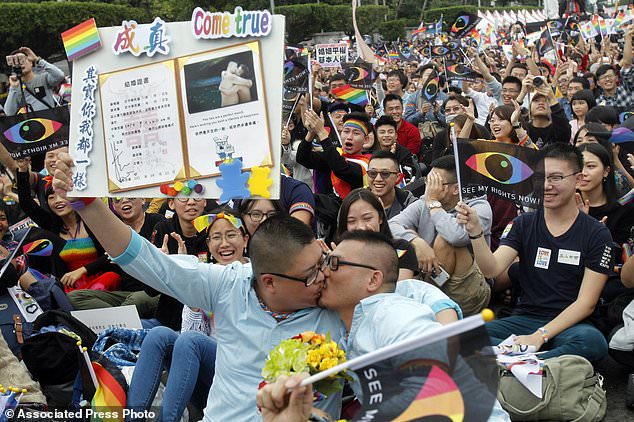 In a referendum in November 2018, 67% reportedly voted to reject same-sex marriage. 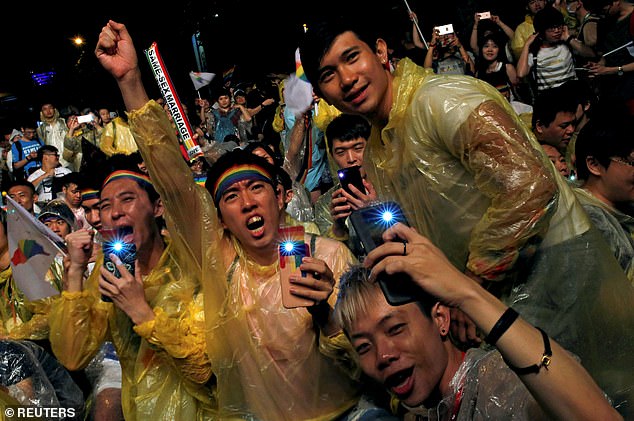