Officials said the Ugandan boy crossed the border to Congo with his mother and brother to see his father who was ill. Upon returning to Uganda, he started vomiting blood. He was taken to hospital where he died. World Health Organization (WHO) confirmed that he died of Ebola. 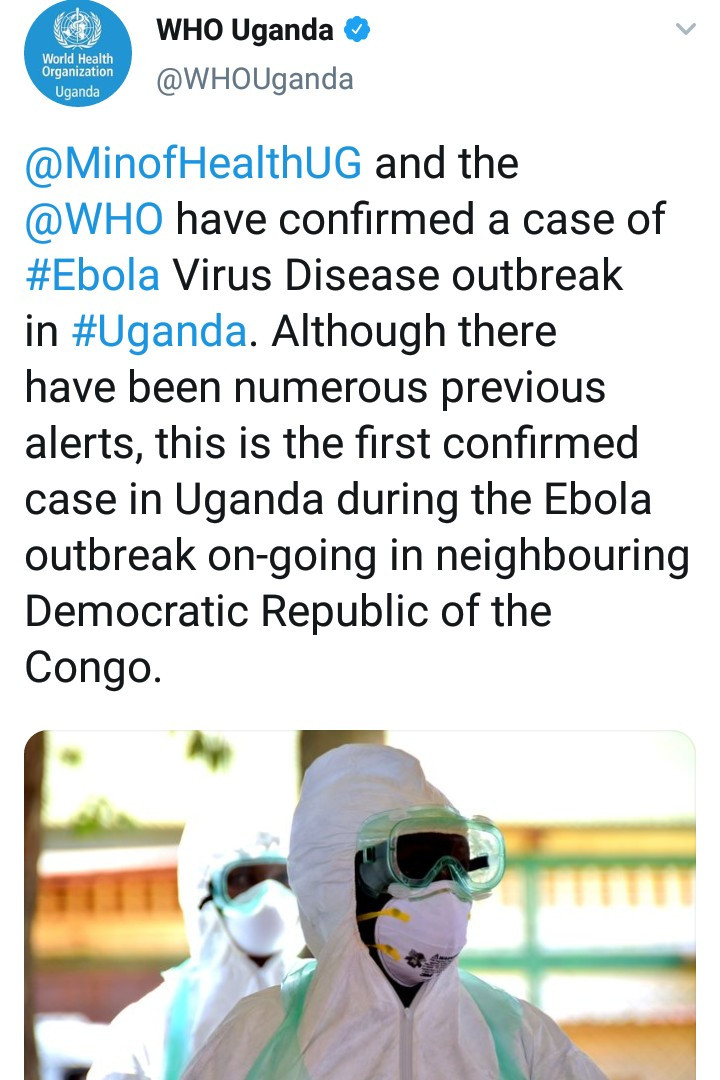 In the past 10 months, more than 2,000 cases of Ebola have been recorded in the Democratic Republic of Congo with about 1,400 reported dead.

Authorities and health officals feare that the virus could spread to neighboring countries.

Ebola virus can spread quickly through close contact with anybody infected and can be fatal within days.

The “stubbornness of Congolese” is a challenge in screening, a Ugandan Red Cross official, Francis Tumwine, said. “They have failed to understand that Ebola is there, they think that it is witchcraft which is killing them.”

A Congolese trader, Muhindo Kaongezekela, however said: “We are not sure if there’s Ebola in Congo. In Congo, if they find you with a headache, they take you to the hospital and later say they died of Ebola.”

Authorities are worried because of resistance of the residents to be screened and to follow instructions that will help containment efforts of the virus where an experimental but effective vaccine is being widely used for the first time. More than 130,000 people have so far received the vaccine, according to reports.