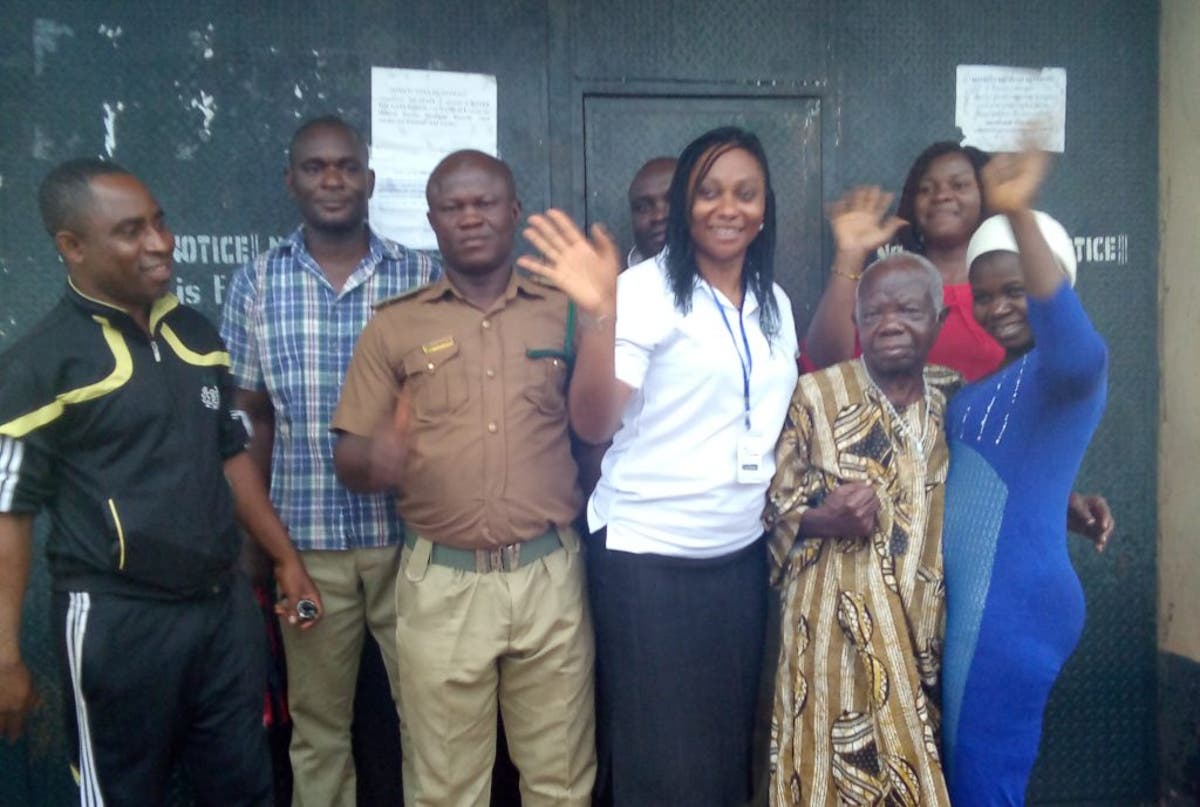 Pa Celestine, 101, reunited with his only surviving daughter, Miss Chisom Celestine, after the efforts of Global Society for Anti-corruption paid off. The non-governmental organization, GSAC, had been pushing for his release from the Enugu Prison.

The centenarian, who was born in Amachara-Owerre, Akokwa in Ideato North Local Government Area of Imo State Nigerian, was sentenced to death together with his son, Paul and another relation, now 87, Punch reported. 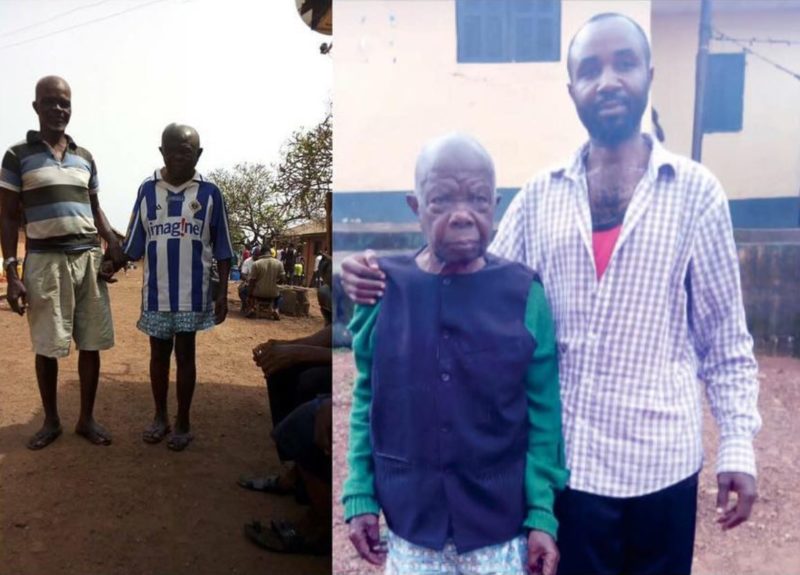 Amidst cheers and jubilations, the ex-prisoner was taken to St. Daniel’s Hospital, at No 7, Link Avenue, Independent, Enugu immediately after his release, for medical checkup to ensure that he was fit before going home.

“I’m so grateful to God for this day. I’m the happiest human being on Earth,” Egbunuche told newsmen