Daily Post
Home Asia Panic as car loaded with gas canisters crashes into US embassy in...

Just days before president Trump’s scheduled visit to South Korea, a car filled with explosive gas crashed into the US Embassy in Seoul, South Korea. 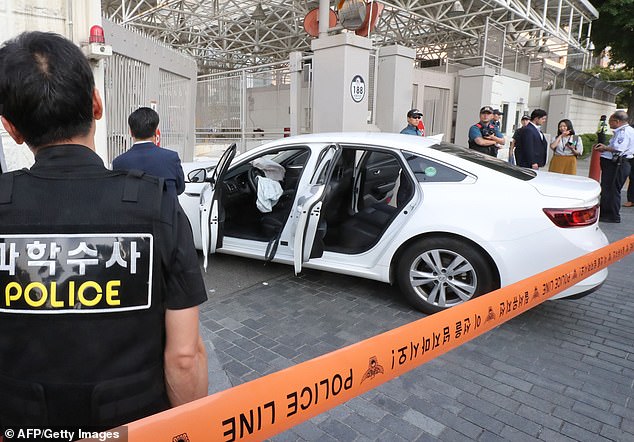 Park Mo,40, believed to be the driver, was arrested following the incident which happened around 6pm local time. Authorities said the rental car suddenly turned right and slammed into the gates of the Embassy. 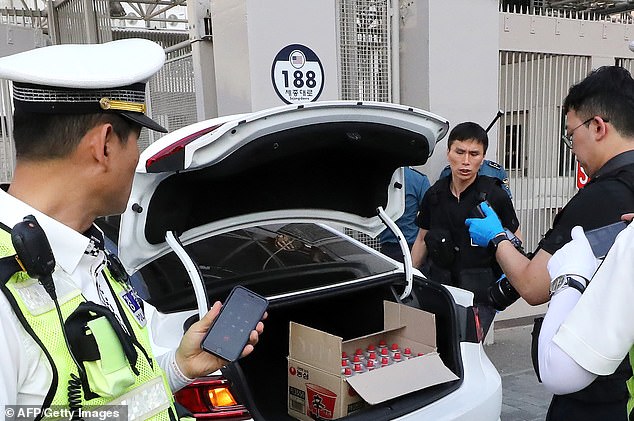 28 butane canisters were found inside the car at the time of the crash – sparking fears of a planned car bomb attack.

South Korean police and the embassy are now expected to tighten security ahead of the President’s visit. 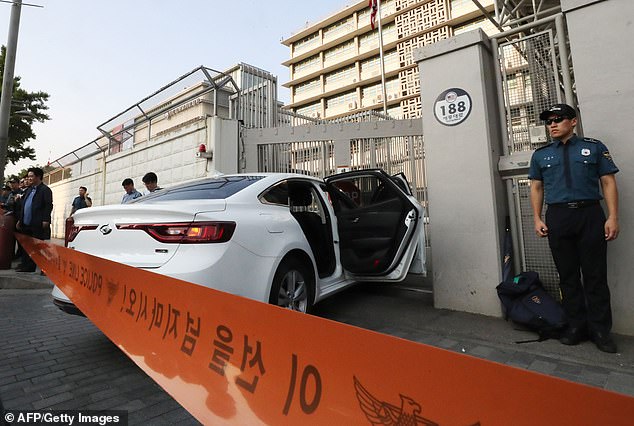 President Trump will travel to South Korean capital, Seoul, on Saturday after attending the G20 summit in Japan, where he will meet with President Moon Jae-in.

A Seoul official told reporters earlier this week that president Trump was considering a visit to the Demilitarized Zone (DMZ) that has divided the two Koreas since a 1953 armistice.